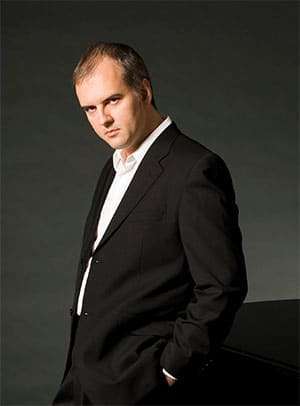 This concert paired two composers of Jewish origin who stand at either end of the Romantic tradition –Mendelssohn at the outset, combining Classical poise with ardour, and Mahler at the opposite extreme, pushing tonal music to its expressive limits such as to give rise to the Second Viennese School. There are also deeper connections between the two works. Mendelssohn’s G minor Piano Concerto (1832) is of youthful ebullience, whereas Mahler’s last-completed Symphony (1909) is marked by anxiety and turbulence.

Nicholas Angelich gave the Mendelssohn a proto-Brahmsian heft and also a fury. The first-movement’s yearning second subject foreshadows the corresponding section in Brahms’s First Piano Concerto; here a ray of sunshine opened up among the storm clouds. But Angelich held out until the slow movement to draw an unaffected simplicity. The pianist’s full-frontal assault upon the finale happily soon gave way to very sprightly playing, the notes effortlessly springing from his fingers like quicksilver – somehow all the more striking from a pianist of such commanding physical presence. 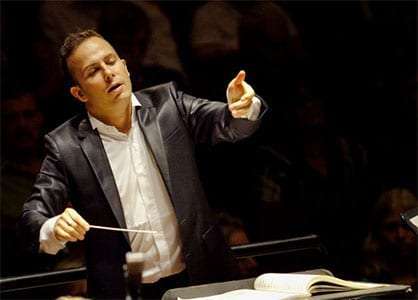 After the interval there was an enthralling interpretation of the Mahler. Yannick Nézet-Séguin and the London Philharmonic Orchestra constructed each movement as fully as possible as an architectural unity, rather than pointing up the mosaic of individual sonorities and phrases. A sustained tissue of sound was the aim. Broader contrasts were certainly present, however, notably in the opening movement, with transitions between sections executed seamlessly. As such the music’s emotional ambivalence, even bi-polarity, was masterfully controlled, with lyrical or joyously raucous passages shading into their opposites – deep melancholy or terror.

The LPO brought bucolic charm to the Ländler-inspired second movement, some of the string sonorities even conveying the sort of earthiness of the great English music by Elgar and Vaughan Williams, suggesting a memory of happier times in the countryside. But at another, intellectual, level, given the symphonic formality dominating this account, there was also much irony, particularly with references to the Viennese Waltz, here seeming disillusioned. Despite the trumpet’s sarcastic opening to the ‘Rondo-Burleske, and the music’s restlessness, and a violent final gesture, Mahler’s central glimpses of a possible heaven or salvation were neither bitter nor desperate so much as mulled over and regarded as increasingly doubtful. In answer, the Adagio finale was relatively reflective, rather than explicitly searching or searing – for that, one might go to recordings by Karajan, Bernstein or Abbado. Nézet-Séguin certainly secured a full sound from the strings – but with more of the fervent luminosity of Parsifal than a valedictory glow – and concluded with a profound stillness.

This was a consistently philosophical account of the Symphony, speaking more to the head with its cogently formulated arguments – thoughtfully considered and weighed up – than to the heart, nerves and viscera. Some might argue that it was less typically ‘Mahlerian’, yet the performance was the successful outcome of the conductor and orchestra’s dedicated concentration.