The London Schools Symphony Orchestra, the main performing ensemble of the Centre for Young Musicians, based at Morley College in Lambeth, is now in its 56th year, offering youngsters the opportunity to study and perform major symphonic repertoire under the guidance of some of the finest professional musicians, who have included Sir Colin Davis, Sir Charles Mackerras, Tamás Vásáry and Sir Simon Rattle. Composers have also worked with the Orchestra over the years, including Tippett, Lutoslawski, John Tavener, George Benjamin, Jonathan Dove and Paul Patterson. Well-known soloists also appear with the Orchestra.

The LSSO has been sponsored for the last ten years by the City of London Corporation, which will continue its support for a further five years. There are three concerts annually by the LSSO in the Barbican Hall and these events act as a showcase for what the Orchestra has achieved over the years. The company of nearly one hundred young players has toured throughout Europe and also visited Argentina and Japan. Recently it engaged in a tour of Spain and Portugal playing the works heard at this Barbican concert. 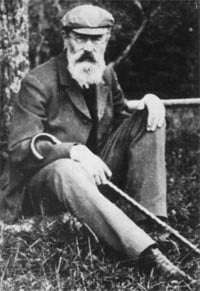 No doubt Rimsky-Korsakov’s Capriccio espagnol would appeal to audiences in Spain and Portugal. The composer based his music on the folk-tunes from the Asturias region of northern Spain. It is in five short movements beginning with ‘Alborada’, a festive dance representing the rising of the sun; the second, ‘Variazioni’, begins with a horn melody which is then taken up by other instruments; the third is a repeat of the first movement but with different instrumentation and key; the fourth is called ‘Scene and Gypsy song’ with a dance in triple time, leading to the fifth movement, ‘Fandango Asturiano’, another lively dance that concludes with a repeat of the ‘Alborada’ theme but with an even more dashing finish.

Capriccio espagnol shows what a fantastic orchestrator Rimsky was and it allowed the LSSO to show what an ensemble of young musicians can do with a really exciting piece of music. Although Rimsky never visited Spain, here he conjures up a picture of a country of infectious warmth and an exciting place to dance your socks off. Peter Ash, Artistic Director of the LSSO, kept his young charges reined in so that they would not go over the top. 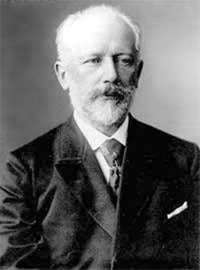 This characteristic was perhaps more important in Tchaikovsky’s Fourth Symphony. It is a work that needs a careful approach. Although Tchaikovsky thought it his best work (up to 1877), it is easy to turn it into schmaltz. The Fourth, Fifth and Sixth symphonies are highly personal works, showing Tchaikovsky’s life becoming ever more melancholic and depressing, the ‘Pathétique’ heralding his death.

Tchaikovsky wrote the Fourth Symphony for his patron Madame von Meck. For her he explained the programme of the work, although he also said that it was a reflection of Beethoven’s Fifth Symphony. Both open with a ‘Fate’ theme and fate is something you cannot escape, so that Tchaikovsky accepted his situation, albeit unwillingly.

The Fourth Symphony is packed with great melodies but at times they can sound rather maudlin or bombastic if played without subtlety. The LSSO managed to circumvent this problem by not overly surrendering to the psychological aspects of the piece. Ultimately the symphony ends on a fairly upbeat note, whether false hopes or not.

After the mysteriousness of the opening movement, the Andantino looks back to past glories. The brilliant third movement, strings playing pizzicato, is likened to a drunken episode in which life takes on a rosy hue. The finale, an ode to the joy of living, can be so raucous (vulgar?) that one almost expects Can-Can dancers to come on. Ash kept his musicians just this side of vulgarity and it was all the better for it. This was a superb performance with excellent, forceful work by the brass and woodwind sections, although the strings also produced some really lush playing in a very thoughtful interpretation.

Between the two Russian works came Richard Strauss’s “Four Last Songs”. The orchestral writing, lovely as it is, can dominate proceedings, so vocal soloists really have to project. Joan Rodgers sang well, although I have heard warmer interpretations of these songs. Like Tchaikovsky’s ‘Pathétique’, they heralded the composer’s death and Strauss never lived to hear the songs performed. “Is this perhaps death” is the last line of ‘Im Abendrot’ (At sunset) in a cycle that begins with the joys of Spring (‘Frühling’) and continues with ‘September’. Then comes ‘Beim schlafengehen’ (Going to sleep) and, after a night of sleep, then comes the big sleep itself, sunset, darkness, dreams, solitude and death. Rodgers didn’t quite get the full measure of the settings in a fairly muted performance of the deeply felt sentiments expressed in the Hesse and Eichendorff poems.