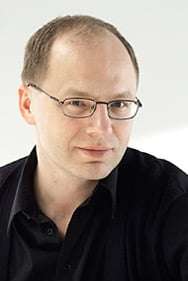 Now in its 59th season, the London Schools Symphony Orchestra – newly related to the Guildhall School of Music via the Centre for Young Musicians – here played a challenging programme that offered abundant opportunities for the players to display their talents. Drawn from schools all around the capital, the orchestra members are mostly in their mid-teens, and all three works showed that a lot of hard work had gone into preparing for the concert. They were conducted by, and clearly had a close rapport with, Arvo Volmer, who is currently Chief Conductor and Artistic Director of Estonian National Opera.

In John Adams’s joyous Short Ride in a Fast Machine Volmer obtained an energetic and committed response from his players. Right from the start the beat was suitably steady, and while a slightly faster tempo might have generated a greater degree of momentum, there was enough forward propulsion to ensure that the piece was an exhilarating opener. 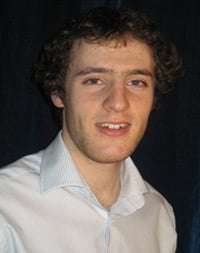 Britten’s Piano Concerto makes great demands on orchestra and soloist alike. The first movement (‘Toccata’), as well as being tender and capricious, needs to pack a punch. It started at a vigorous pace, with brass and winds excelling, and, later, there was some really expressive playing from the string sections. Edward Pick was up to all the technical demands of the work, but it was in his playing of the more contemplative passages that he made the greatest impact, especially following the cadenza-like episode, where he and the orchestra achieved a notable sense of tranquility. Together they also neatly caught the irony of the ‘Waltz’ movement, in which clarinetist Anthony Friend proved notably sweet-toned. The opening statement of the revised third movement (‘Impromptu’) was delivered rather dryly, but as the movement progressed Pick and the orchestra nicely captured its dreamy mysteriousness and achieved a tender conclusion. The finale (‘March’) got under way with some rich-toned playing from cellos and double basses. Greater percussiveness from the piano might have been welcome at certain moments, but the soloist ranged broadly across the instrument’s spectrum with a sure touch, and the orchestra accompanied him securely towards a brilliant ending.

Dvořák’s ‘New World’ Symphony, was equally demanding of all concerned. The exposed passages at the start betrayed some nervousness, but confidence returned as the full orchestra became involved, with some particularly strong contributions from woodwinds and brass. Volmer drew expressive playing from the strings and built the movement towards a telling close. The Largo offered some accomplished playing, not least from the cor anglais player, Hereward Crutwell-Reade. Once past a slightly imprecise opening, the scherzo was replete with energy, although perhaps a tad too hectic at times, the conductor coaxing some nicely lilting playing from his young forces. The finale – one or two moments of untidiness apart – was convincingly carried to its glorious conclusion and ensured that a bevy of friends and supporters were sent into the snowbound evening aglow with pleasure.