The London Schools Symphony Orchestra comprises pupils who have at least attained Grade 7, been successful in an audition and taken advantage of the distinguished tuition provided through the Centre for Young Musicians, associated with the Guildhall School of Music. The concert’s programme was carefully devised to ensure that different sections of the orchestra had opportunities to show their mettle and to provide evidence of having studied several different musical styles.

Prokofiev makes varied and exacting demands. He requires vigorous, precise rhythm, a sense of counterpoint – and organised cacophony; even his pastoral relaxation must be pointed and precise. Unfortunately, the horns’ crucial entry in ‘Knights’ Dance’ lacked presence and impact, sounding tentative and not-quite-warmed-up. The percussion group was spectacular, though, sounding thoroughly at home with the acerbic syncopations. The woodwinds were austerely beguiling when portraying ‘Juliet as a young girl’ and the whole orchestra grew increasingly, and effectively, raucous and cataclysmic during Romeo and then Juliet’s deaths. 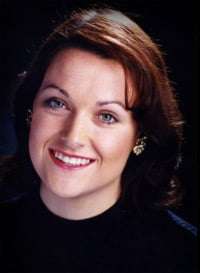 The strings are crucial to “Tristan und Isolde”. They need to sound luscious and overwhelming. The Barbican Hall’s acoustics did the LSSO no favours – the strings sounded thin and distant. What I did hear was the splendid sense of ardour and thrust in the swelling urgency of the yearning and then, eventually, release of the “vast wave of the world’s breath” carrying Isolde towards her ‘Liebestod’. These are tricky long-phrased passages. The LSSO, maintaining thrilling freshness, paced them adroitly, giving ever-more urgency as the longing became ever-more intense. Alwyn Mellor gave firm vocalisation to Isolde’s words – something like a heaven-bent descant to the ecstatic striving about which the orchestra told.

The high-spot was Beethoven’s Fifth. Too often, in the wrong way, it is left to look after itself. This performance blazed. It was vigorous, straightforward and jubilant. During the first movement, the horns now asserted the music’s golden splendour in their very first notes. The strings surged confidently and assertively to attain the held B flat at ff – and, later, the oboe’s bridge-passage came over plain-spoken and clear. The slow movement was stately yet forceful – the variations providing a vivid panorama of differing instruments and their characteristic sounds. The “goblins” of the scherzo [the programme-note directed us towards E. M. Forster’s “Howards End”] were bathed in bright flaxen light – and only rather mildly sinister. The joy and triumph of the finale was vibrant and youthful. The symphony held a simple story, but its narrative shone.