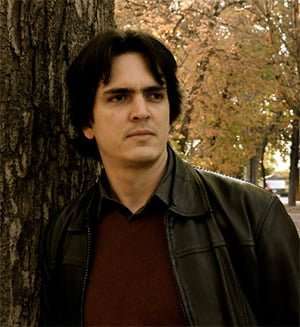 It’s hard to imagine a more exposing or intimidating place to perform than the stage of the Barbican Hall, but the young musicians who comprise the London Schools Symphony Orchestra showed not even a flicker of trepidation as they whole-heartedly embraced this challenging programme. Carlos Izcaray steered the highly-skilled instrumentalists with a perfect blend of care and effervescence, gently shaping the musical structures whilst adding entrancing hints of local colour and interest.

Samuel Barber’s Second Essay introduced the uniformly assured woodwind section, with confident, elegant solos, matched by an excitingly raw, close sound from the well-disciplined strings. The magnificent horn section hinted at what was to come, moving effortlessly from stridency to beguiling gentleness, offset by the bright, resplendent brass, heralding the fearless plunge into the fiendish fugal passages.

The LSSO was then added to, including an electric guitar, for the ‘Mestizo’ Concerto. The music proved reminiscent of the classic-era Hollywood scores of Bernard Herrmann and Elmer Bernstein, with lingering phrases and soaring high strings, interrupted by the crash of samba-like percussion. The overall effect was as if Norman Bates had returned from a Latin-American holiday, only to find himself locked in MGM’s archive armed with a pair of scissors and fuelled by a crazy dream. Pacho Flores, playing both trumpet and flugelhorn, demonstrated technical brilliance and musical panache, with a strident, almost mariachi tone. Intriguing orchestral effects, including an incredibly evocative series of echoes, preceded a closing section that finally fulfilled the hitherto frustratingly avoided promise of reckless abandon.

It was in the Tchaikovsky, however, that the LSSO truly excelled, opportunities taken for grand gestures and poignant solos. The stately opening gave way to a fiery first movement; the third, a waltz, proved charming, with a disarming hint of exuberance, whilst the nobility of the finale, driven by determination, more than compensated for a few slightly murky corners around transition moments. Equally notable, though, was the glory principal players. The perfectly shaped and nuanced horn solo opened the second movement Andante cantabile with sensitivity and tenderness, the first bassoon was unfailingly poised, and the clarinet soloist provided a beautiful tone and highly-musical phrasing. More than this though was the sheer energy, enthusiasm and exuberance of players for whom this music is still a discovery and exploration.