Chorus from the Guildhall School 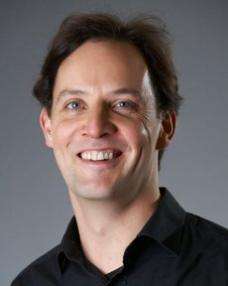 One of the hoped-for developments for young instrumentalists who are members of youth orchestras is that they will join an established professional body and make their career as musicians. To that end, the experience of giving concerts in major venues is invaluable. But some orchestras play in opera houses – and performing opera is an equally valid aspect for a professional orchestral musician.

With that in mind, the juxtaposition of Ravel’s Daphnis and Chloe with Weber’s Oberon certainly expands the understanding of young musicians – from the concert hall to the theatre, and choosing an opera that is not so often heard (or seen) as it might be, adds greater interest.

Nonetheless, this seemed an odd programme, and in some ways it did not come off. The basic reason is that Ravel and Weber demand orchestras of very different sizes. In January, the LSSO fielded 98 players on the Barbican platform; on this occasion, we had almost twenty fewer – and it showed in the Ravel (given with chorus). Daphnis and Chloe requires more than four violas and five double basses.

However, the young musicians gave this wonderful music everything they had, which is saying something, and the result was impressive on any level, particularly the very fine flautist Daniel Swani – who is assured of a professional career should he want it. However, the principal reason for the success of the Ravel was the brilliantly compelling conducting of Dominic Wheeler, whose splendid technique and inherent musicianship drew the very best from these players.

Thankfully, the programme note for Oberon, by Donald Sturrock, did not repeat the nonsense in the Barbican’s website blurb which stated that Weber died before he could hear his opera: he conducted the premiere at Covent Garden (190 years ago to the day), although he died a few weeks later. The note was not the only contribution by Sturrock, for the “highlights” – quite well chosen – were linked by dialogues written by him and delivered by two characters sitting at a table shaped as a large beer-barrel.

These roles were somewhat updated versions of the cronies in the opera, Puck and Droll, dressed as if they had wandered in from the pub scene in Lionel Bart’s Oliver, and – perhaps as a nod towards the opera having been commissioned by Covent Garden – they chatted in what might be charitably referred to as mid-20th-century ‘mockney’, Alf Garnett and Steptoe & Son not far away.

Authenticity did not come into this staging, therefore, but although purists might well have shied away in horror, the essence of the opera was not destroyed – far from it, for although the singers were in costume and came forward in turn to stand before the orchestra for their arias and ensemble numbers (albeit carrying their music with them), the lighting of the orchestra – plus a waft of upwardly-rising smoke throughout – contributed to the creation of the wonder-world that is the essence of Oberon the opera.

It began with a finely played account of the Overture – so fine, in fact, that the principal horn, Cameron MacDonnell, must be mentioned. With regard to the cut-down Oberon itself, those fearing a Readers’ Digest condensing were reassured: this was indeed the opera’s highlights. Individually and in ensemble the soloists were admirable. Dominick Felix cut a commanding figure; Dominic Sedgwick’s lengthy aria ‘From boyhood’ was particularly impressive, as was the Reiza of Joanna Skillett and the Fatima of Jade Moffat – their early scene, culminating in the duet ‘Ah, near me’ stood out: very fine singing from both. The 26-strong chorus did not have too much to do, but it was first-rate.

That this part of the evening was so successful is due to the excellent musicianship of the school pupils (from within the M25 area) and the achievements of their older soloists and chorus from the Guildhall School. But ultimately, the triumph belongs to the rare skills of Dominic Wheeler, from whom the LSSO would have learned a great deal.