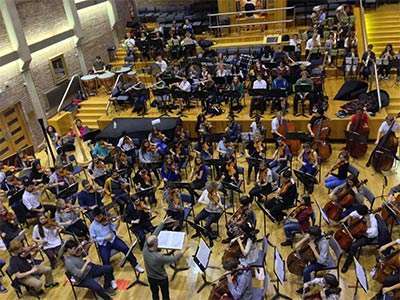 Despite what appears on the surface to be the best efforts of our current coalition government to remove virtually all aspects of art, including classical music, from the day-to-day experience of the country’s schoolchildren, on the evidence of this concert, so far as the capital is concerned, our musical scholars have the opportunity to reach a very high standard: the sadness is that their peers, unwilling or unable to take up an instrument, have virtually no chance of coming into contact with a significant part of their civilised universal heritage in terms of understanding the history of European classical music or how to listen to it.

With the possible exception of the Vaughan Williams, the best-known item on the programme, this concert brought the 100-plus members of the London Schools Symphony Orchestra face to face with little-known, unusual, and demanding repertoire, music which would certainly stretch the capital’s established major orchestras.

None of the three works in the programme ‘play themselves’, so to speak: the first half was a study in musical partnerships, or to put it popularly but incorrectly, in ‘accompanying’ soloists. In this regard, it was a pleasure to welcome Krysia Osotowicz in Vaughan Williams’s relatively early masterpiece, although when he completed this version in 1920, the composer was 48. Atmosphere is everything in this work, and the result was a performance of splendid ‘one-ness’ between soloist and orchestra – Osostowicz in superb form and blending admirably with her partners. Perhaps the initial entry of the woodwind was a shade – but only a shade – too loud, but the rich depth of the string tone (16 cellos!) against which it was heard was a rare treat, a wonderful sense of characterisation ‘recollected in tranquillity’ as it were. All in all, this was a memorable account. 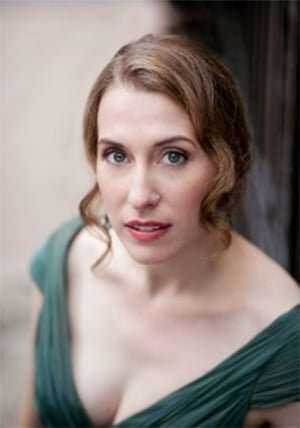 Memorable, too, was the very rarely heard Coloratura Concerto by Glière, the orchestra only slightly bigger in terms of wind and percussion instruments for this piece. It is not a greatly significant work, but is extremely well balanced between orchestra and soloist, and the symmetry between them on this occasion was splendid. This may be a difficult work for the soloist to bring off convincingly – the absence of a text perhaps leading less musical members of the audience to wonder what the purpose of the piece was about – but Emily Hindrichs was indeed impressive. Perhaps one might have wished for a more consistently rich timbre throughout her range, if only for the musical thread of the solo part itself, but that is Glière’s fault: in writing for a coloratura, it is a mistake to take the voice below an octave above middle C too often and expect the same penetration as one hears consistently above the stave – Darius Milhaud’s Chansons de Ronsard shows how it should be done, with a far greater sense of melodic appeal – but in technical terms Hindrichs was outstandingly fine, excellently partnered by her young colleagues.

Richard Strauss’s An Alpine Symphony (the English title preferred in the programme, though those schoolchildren taking German might have baulked at the choice) is an astonishingly original masterpiece, the great composer’s final leave-taking of the symphonic poem genre which he, above all others, had made his own. It is, additionally, a very difficult work to bring off both musically and technically, but this performance was in many ways wholly admirable and at times moving and most exciting.

In these latter regards, no praise is too high for the inspiring control of the conductor on this occasion. Peter Ash certainly had the measure of this great work, manifestly inspiring his players to give more than their best, individually and throughout each section of the orchestra. Timpani and percussion, especially, were astonishingly good, reinforcing and blending with the rest of the orchestra excellently – as, indeed, did the unseen offstage brass (sadly not called upon to take a bow at the end). This may not have been a wholly note-perfect or technically immaculate performance (in this work, it so rarely is, even from the best of orchestras), but in terms of application, commitment and genuine musicianship, as well as evincing a total belief in the score, this was a performance that would have earned the composer’s enthusiastic endorsement. The result was deeply impressive on many levels – no praise could be too high for the musicians’ dedication, or for Peter Ash’s control of his vast (circa 120-strong) orchestra. The Barbican Hall audience, with many young people in its ranks – fellow-pupils, no doubt, family and friends, perhaps not used to going to symphony concerts – was admirably silent throughout, enthralled by what they were witnessing. If this concert is the kind of thing London’s musical teenagers can produce – and it is – then there’s not much wrong with them, or their attitude to life.