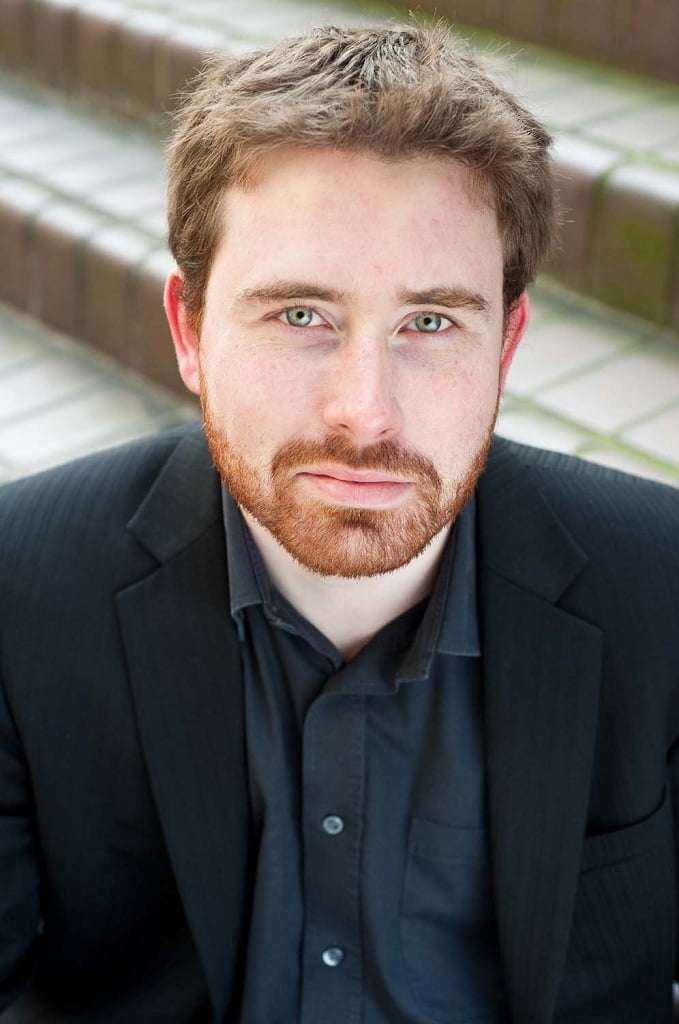 21st-century music in 18th-century surroundings: the London Sinfonietta’s mission at St John’s Smith Square while the Queen Elizabeth Hall on the South Bank is being refurbished. This programme – as Chief Executive Andrew Burke remarked, “the closest the London Sinfonietta will ever get to a Christmas concert” – was built around Hans Abrahamsen’s Schnee, preceded by the first performance of Morgan Hayes’s The Kiss and what was listed as the UK premiere, but I believe was the European, of Simon Holt’s Fool is Hurt.

Replacing Thierry Fischer (who conducted the first outing of Fool is Hurt on November 6 in Salt Lake City with Musica Nova Ensemble and Caitlyn Valovick Moore) was Geoffrey Paterson and the concert had changed its demeanour in another way. From a request from British Council’s Cathy Graham the evening was dedicated to the memory of Paul Parkinson, and prefaced with the final two movements of his 1978 Wind Quintet (the year he won the Mendelssohn Scholarship for Composers). Parkinson, born 1954, had worked for the British Council as Specialist Music Advisor for twenty-six years and died on July 7.

The movements – an interweaving slow sojourn and dancing Finale, in tonal style – proved a poignant testimony to a life devoted to the promulgation of contemporary music; performed with typical élan by London Sinfonietta principals – Michael Cox, Gareth Hulse, Mark van der Wiel and John Orford – and regular horn-player Pip Eastop. It was an appropriate hors-d’oeuvre for the main musical courses, all acoustic, played to a packed audience (with returns queue) with the ensemble placed centrally (by the hall’s western wall), and the audience arrayed in fan formation on three sides. Not surprisingly there was also a large contingent of other composers – I spotted Julian Anderson, Colin Matthews and John Woolrich. 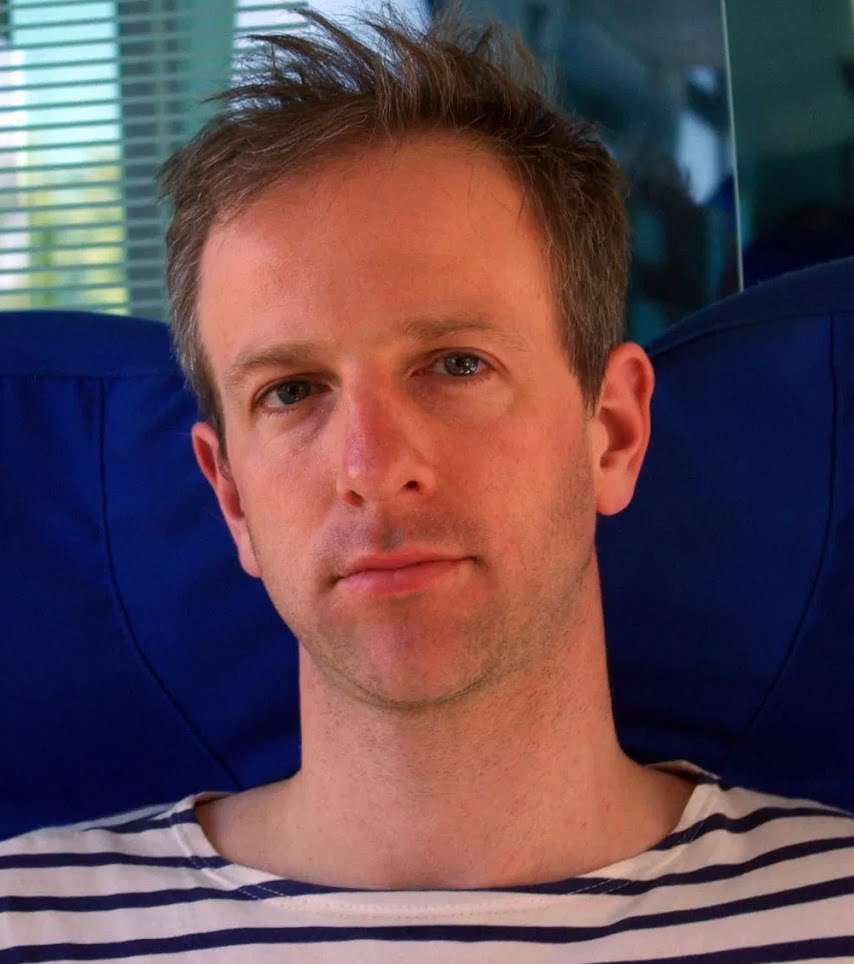 Morgan Hayes’s Overture The Kiss has no programmatic content, even though it forms a small cycle of works including The Unrest-Cure (which does have a literary inspiration). Here the title comes from a sound – the slurp-suck of the clarinet that sounds like a kiss, and which becomes a feature of a late section of the work. Scored for violin, viola, cello, harp, piano, percussion, alto flute, cor anglais, contrabassoon and clarinet, it opens with a propulsive, repetitive section that reminded me a bit of Louis Andriessen, before skilfully changing tack a couple of times, as the clarinet becomes more prominent. Intriguingly an earlier titular idea Hayes had was to call the piece Sherman – both a reference to the American tank and photographer/filmmaker Cindy Sherman.

There is film inspiration to Simon Holt’s Piccolo Concerto, referenced in his chosen title Fool is Hurt, for that is the repeated cry of a character in Fellini’s early masterpiece La Strada: the simple Gelsomina who can only repeat that phrase after witnessing the accidental death of the circus performer El Matto. Holt’s programme note omitted the titles of the four movements, which (researching them after) seem quite important: ‘A Fool dancing’; ‘entr’acte’; ‘Somnambular Fool’; and ‘Fool’s ghost’, with the piccolo as the fragile girl whose repeated staccato piping pierces the small ensemble’s textures – a band of ten, single strings, harp, two percussionists, clarinet, contrabassoon and tuba. Michael Cox – his impressive handlebar moustache all-but obscuring his piccolo – stands out easily amidst the lower pitches of the rest; the piccolo’s brittle sound captures the emotional pitch of Holt’s character inspiration. It’s an unusual work that will bear re-hearing.

No self-respecting London Sinfonietta concert can happen without a substantial re-setting of the stage, although here it was managed during the interval, with the creation of the layout required for the nine players of Hans Abrahamsen’s Schnee (Snow, which had a performance at the Royal Academy of Music just a couple of weeks ago). Here, separated by a percussionist, two ensembles face each other, both grounded by its own piano (Sinfonietta Emeritus John Constable, and Rolf Hind). Strings (violin, viola, cello) on the conductor’s left utilise various techniques for different timbres, matched by flute, clarinet and oboe – each player with additional instruments, alto flute, piccolo, bass clarinet and cor anglais.

Composed over two years, the title refers to the violin and the cello’s pianissimo ‘swooshing’ near the bridge in the opening ‘Canon’, sounding exactly like the gentle crump of walking in the snow, while a piano tinkles as if accompanying snowflakes. There are five canons, each with an answering movement of roughly the same length, but each subsequent pair of canons is shorter. So throughout the hour-long piece the movements become shorter, starting with the nine-minute ‘Canon 1a and 1b’, to the minute of each of the fifth ‘Canons’. In addition there are three ‘Intermezzos’ placed between the second ‘Canons’, between ‘Canons’ 3 and 4 and then 4 and 5, this last being thirty seconds long. Only in three of four of the individual movements do the nine instruments play together, while ‘Canon 3b’ is for the two pianos and percussionist.

Amidst the myriad instrumental techniques, the second pianist (Hind) brushes the white keys with his nails, up and down the keyboard, without depressing any key, while later he strokes the black keys to obtain a distinctly different sound. Much of the music is dampened as a snow-laden landscape and is equally mesmerising, with ‘Canon 4’ referencing Mozart with the tinkling of sleigh bells. To follow the performance the Sinfonietta provided us with Deborah Pritchard’s “visual music map” which over a double-page spread offered a subtly colourful visualisation of how the music works; I found it both intriguingly innovative and helpful.

As it happened, the weather had just turned from a cold snap to a milder temperature, so as we left – sated and satisfied – it was wet underfoot rather than icy. Abrahamsen is working on an opera based on fellow-Dane Hans Christian Andersen’s The Snow Queen, so I hope the London Sinfonietta has plans to perform that.