Three works on the outskirts of the outputs of three Italian opera masters – and it was all down to the alchemy between Antonio Pappano and the LSO that this concert was such a success. 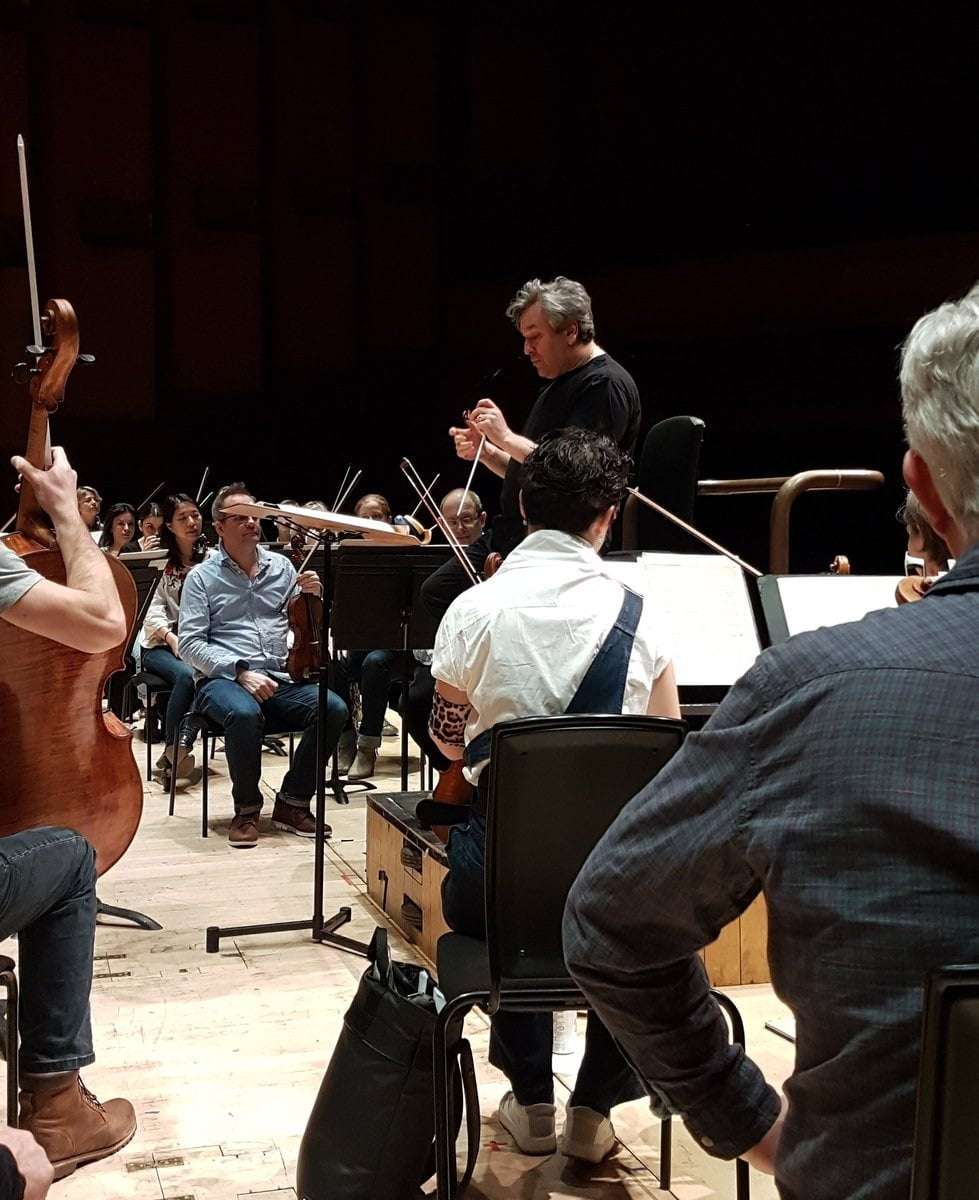 Amilcare (La gioconda) Ponchielli’s Elegia opens in tear-stained melancholy, has a fabulous big tune and see-saws confidently between sentiment and machismo. Pappano knows exactly how to make this sort of gloomy extroversion work on its own terms, with the result that the LSO left no heart-string untugged as this funeral march progressed through sorrow, rallied nobly and bravely, then resumed its progress even more sorrowfully.

Everyone except the strings left the stage for Verdi’s String Quartet in its string orchestra version, uncredited but sanctioned by the composer. Expanded arrangements of, for instance, Schoenberg’s Verklärte Nacht or Tchaikovsky’s Souvenir de Florence sextets tend to flatten the music’s intimacy, but I think the reverse is true in Verdi’s Quartet, which positively thrived on the larger forces. Again this was down to Pappano’s contagious dynamism – you could never say he squeezes the score until the pips squeak, but here he certainly galvanised the LSO’s magnificent strings into a substantial (based on six extremely fit doublebasses) and warm-hearted outing, which packed the Andantino with a quasi-operatic agenda, followed by an unequivocally diva-material cello solo from Tim Hugh in the Prestissimo’s relaxed Trio. Serenity retired to make way for an impressively lithe account of the fugal Finale.

The church-versus-opera-house debate that still clings to Verdi’s Requiem does not really apply to Puccini’s Messa di Gloria, which the composer began when he was twenty for a first performance in Lucca two years later in 1880. Much of Puccini’s early music was for the church, but after an opening holy shimmer of strings introducing the ‘Kyrie’ and a macho ‘Christe eleison’, he cuts to the operatic chase as the ‘Gloria’ pirouettes in skittishly, trailing fanfares from a parade of trumpets – this would make an excellent last Mass before Lent (which starts this Wednesday), during which the ‘Gloria’ is not sung and music in general goes on the back-burner – giving way to a male-voice ‘Qui tollis’ worthy of Verdi in Nabucco or Aida (Puccini had walked to and from a Pisa performance of Aida in 1876) liberally watering the seed of opera sewn by the sigh-inducing ‘Gratias agimus’ tenor solo, sung by Benjamin Bernheim as a love aria rendered even more irresistible by some marvellously Italianate woodwind solos.

Bernheim’s voice and style was completely in the Puccini spirit – he has the lightest vibrato to support vocal sinew and range, he surfs the orchestra with elegance and unforced volume, and his squeezes on timbre can be almost indecently sensual, as he demonstrated conclusively in the ‘Et incarnatus’. Bernheim is a class act, matched by Gerald Finley’s seductive serenade in the ‘Benedictus’, and they joined forces in an ‘Agnus Dei to rival the Pearl Fishers duet.

The London Symphony Chorus was splendid, as much in the big statements as in the more plangent and intimate passages, and the LSO and Pappano encouraged us to luxuriate shamelessly in the theatre of devotion.