With interview footage featuring John Williams, James Horner and George Fenton and an introductory film produced and directed by Tommy Pearson plus appearances by Trevor Jones and Patrick Doyle 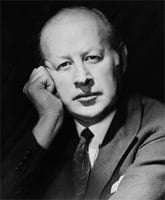 Although the London Symphony Orchestra has been involved in film-making since 1935, when it played the score Arthur Bliss wrote for H. G. Wells’s novel “Things to Come”, the LSO’s film-work began during the silent-film era at the Royal Opera House, Covent Garden, which had been turned into a cinema in 1922. The LSO was engaged to play music during the screenings and Eugene Goossens had to find and conduct suitable music to accompany the films. It may not have been a very auspicious beginning for the LSO, but it was a start to a brilliant future for the orchestra and its perennial association with the film industry. It has also provided a good source of income over the years.

Arthur Bliss’s music for “Things to Come” was the first score to be tailor-made for a film. He didn’t understand the mechanics or why his artistic endeavours had to be compromised by the filmmakers. Fine-tuning and timing are essential so that the music fits the editing and the mood of the film. Nevertheless, Bliss produced one of the finest film-scores ever written. In this concert the LSO played extracts, including the famous ‘March’, which is both threatening and mysterious by turns. It also appears to be a precursor to John Williams’s “Star Wars music”, which was also well-represented here. 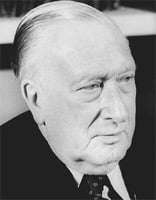 Most of the evening was devoted to music by British composers, or British by adoption: Bliss, Walton, Vaughan Williams, Richard Addinsell, George Fenton, Patrick Doyle (Scottish), Trevor Jones (South African-born but studied at the Royal Academy of Music and the National Film School), and James Horner (American but brought up in England and studied at the Royal College of Music). The other composers represented were the Frenchmen Philippe Rombi and Alexandre Desplat. Some of the programme was taken up with American composer and conductor John Williams’s music and a filmed appearance in which he talked about the LSO’s contribution to films. Interestingly, Rombi was inspired to become a composer for filims by the “Star Wars” music. The solo violin in ‘Aria’ from “Joyeux Noël” was played with great distinction and feeling by Carmine Lauri.

In a way, Williams reinvented the great Hollywood film-score. His work carries on the tradition of the golden age of such scores of the 1930s and 40s created by the likes of Max Steiner, Miklós Rózsa, Franz Waxman and, most notably, Erich Wolfgang Korngold, who between them were responsible for many classic scores. All four composers originally hailed from Europe and Williams writes in a very European way, with lushly romantic themes interspersed with strong, martial music for full orchestra. This is where the LSO comes in with Williams’s music for “Star Wars” in 1977. At the time director George Lucas had thought of using music from Holst’s The Planets and Stravinksy’s The Rite of Spring, but fellow-director Steven Spielberg recommended Williams, who had worked with Spielberg on “Jaws”. Because the “Star Wars” music was to be classical in nature, Williams contacted André Previn, who was Principal Conductor of the LSO at the time, and the rest is cinematic and musical history. 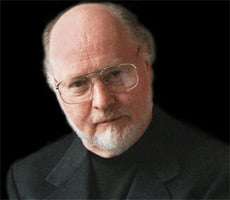 Listening to the LSO playing Williams’s music on the soundtracks of the films is exciting enough, but to hear it live in the concert hall is something else again. James Horner mentions the diamond sharpness of the LSO’s playing, and although the music should be heard with the films themselves, the sound is truly astonishing, without the vagaries of a cinema’s sound system, the building’s acoustics or the whims of projectionists who tend to play films either too loud or too soft. Some accompanying film clips might have been an advantage here, even though the music does speak for itself.

After “Things to Come”, Trevor Jones introduced his score for “The Dark Crystal”, an odd film as it was made with Jim Henson’s animatronic characters in a Tolkien-style epic fantasy requiring a big score. The LSO certainly did it justice, as it did George Fenton’s music for “Shadowlands”. For James Horner’s Celtic-flavoured score to “Braveheart” you can hear the skirl of the pipes, beautifully played.

For his score to “The Queen”, French-born Alexandre Desplat was looking for a regal sound, although the example played, an orchestral suite specially arranged by the composer for this concert, sounded more quirky than regal in a Nyman sort of way, not so much grand as Legrand. Patrick Doyle then introduced some of his work on “Harry Potter and the Goblet of Fire” which is in the Williams mould. ‘Harry’s Waltz’ has definite magical, mystical qualities like a whirling carousel out of control.

The remainder of the programme was devoted to true classics of the British screen. Vaughan Williams’s lush theme for the ‘Prelude’ to “The 49th Parallel” opened the second half of the concert in great style while later on Walton’s music for “Henry V” showed the orchestra at its best.

When director Brian Desmond Hurst filmed “Dangerous Moonlight” in 1941 he wanted to use Rachmaninov’s Piano Concerto No.2, but couldn’t acquire the rights. It didn’t seem to stop David Lean and Noël Coward four years later in “Brief Encounter”. Hurst commissioned Richard Addinsell to compose a sound-alike Rachmaninov score, ‘Warsaw Concerto’ that eventually became more popular than the film it accompanied. John Alley gave a strong and evocative account of this family favourite.

The concert began and both halves closed with John Williams’s sublime contributions to the art of film-music and the encore was from “Raiders of the Lost Ark”, bringing to an end a sold-out concert of great film music played by the doyen of film orchestras, the LSO, under the 93-year-old Harry Rabinowitz who conducted the scores for such films as “Chariots of Fire”, “Remains of the Day” and “The English Patient”. He managed the evening without fuss or too much apparent effort and produced some sublime sounds from his musicians.