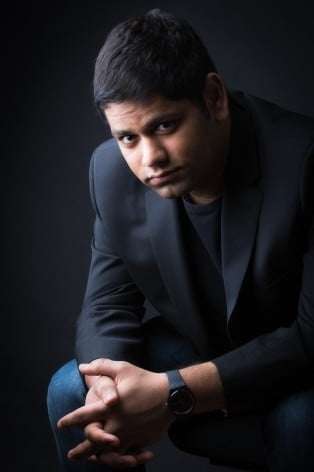 The creative will, the interpretive mind at twenty-five; Brahms grappling with the problems, the troubled orchestration of his D-minor Piano Concerto; Richard Strauss triumphing in the vision, the polished canvas of his fourth tone-poem, Death and Transfiguration. Benjamin Grosvenor, slight of frame, reaching for the summit; Alpesh Chauhan, a sturdier figure, exuding confidence and taking risks. Largely unfamiliar to London audiences, Chauhan comes with impressive credentials. Principal Conductor designate of the Filarmonica Arturo Toscanini in Parma, he studied at the Royal Northern College of Music, going on to work with the veteran Skrowaczewski. Mentored by Andris Nelsons and Edward Gardner, and a former principal cellist of the CBSO Youth Orchestra, he was for two seasons the City of Birmingham SO’s assistant conductor (2014-16) – the sort of learning experience opera houses used to provide.

In the Concerto, a fifty-five-minute collaboration from earlier this season in Birmingham, he and Grosvenor took pains to make the most of the music’s solo, chamber and symphonic dimensions. If not in the epic class I remember years ago from Lupu and Tennstedt, this was an honest, gritty reading, not especially beautiful but laying bare Brahms’s angst. Here and there tempos were imprudently slow, with some of the quieter first movement transitions at red rather than amber. Now and again the brass and timpani were given too much head, the latter making the most of the opening dynamic hairpins but elsewhere coarsening the texture and unsettling the balance. Yet details such as the first-desk violins (first movement, bars 207ff) glowed with a delicate light; likewise several of the horn moments, rustically nuanced. 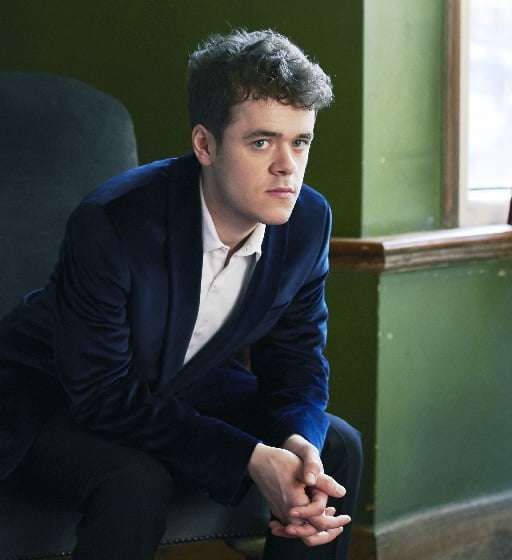 Not a barnstormer or muscular heavyweight, Grosvenor held his own. At times achieving a delicacy and finesse, a whispered phrasing-off, a weighting of melody, inner voicing and chords one might expect more from a recital or studio context, he reached the poetic heights in the Adagio, the closing trills and final ensemble dissolving ethereally – death and transfiguration thirty years before Strauss. You could hear a pin drop. The great F-major double-octave clarion call of the first movement, the Beethovenian stamp and canter, the glittering cascades of the Finale, the two closing fantasia-cadenzas showed another side – bold, grand and authoritative, prepared to play the hall but with quality, tone and taste at a premium. There was much to satisfy.

In the (later) Haydn Variations, resisting the broader organic picture, Chauhan steered a safe course without saying too much. With his light grazioso touch and evident pleasure in having the infinite possibilities of a high-octane orchestra at his disposal, he managed some attractive short-term cameos. But his penchant for drawing out slow material rather sentimentally and his tendency to over-conduct, to over-choreograph, phrases and solos, didn’t always pay dividends. And not every fast passage convinced, speed without tension reducing some of Brahms’s writing to the perfunctory and mundane. Letting loose the kettledrums wasn’t a good idea.

Similar traits notwithstanding, Richard Strauss’s Death and Transfiguration gelled better. But it wasn’t seamless nor was it stylistically all of a piece, every so often a burst of Hollywood jarring the senses. Occasionally the blending seemed oddly unglued, wanting in corporate resonance. Ernest Newman thought the work “too spectacular, too brilliantly lit, too full of pageantry […] whereas this is a journey one must make very quietly, and alone.” For Chauhan quietness, the fading of light and sound, was not an overriding concern – not at any rate to judge from his forward way with the closing pianissimo tutti, the LSO, short on string tone, left to find its own, rather loud, C-major level.