The Czech pianist Lukáš Vondráček won the 2016 Queen Elizabeth Piano Competition with his performance of Rachmaninov’s Third Piano Concerto, and he chose this work to make his debut with the LSO, conducted by Elim Chan. Performances of Rachmaninov’s mighty concerto seem to have got slower over the years, at least in comparison with Rachmaninov’s own recorded version with its swift, patrician avoidance of sentimentality. Vondráček‘s account was spacious at some forty-six minutes but there was a lot to admire in a performance of extremes. 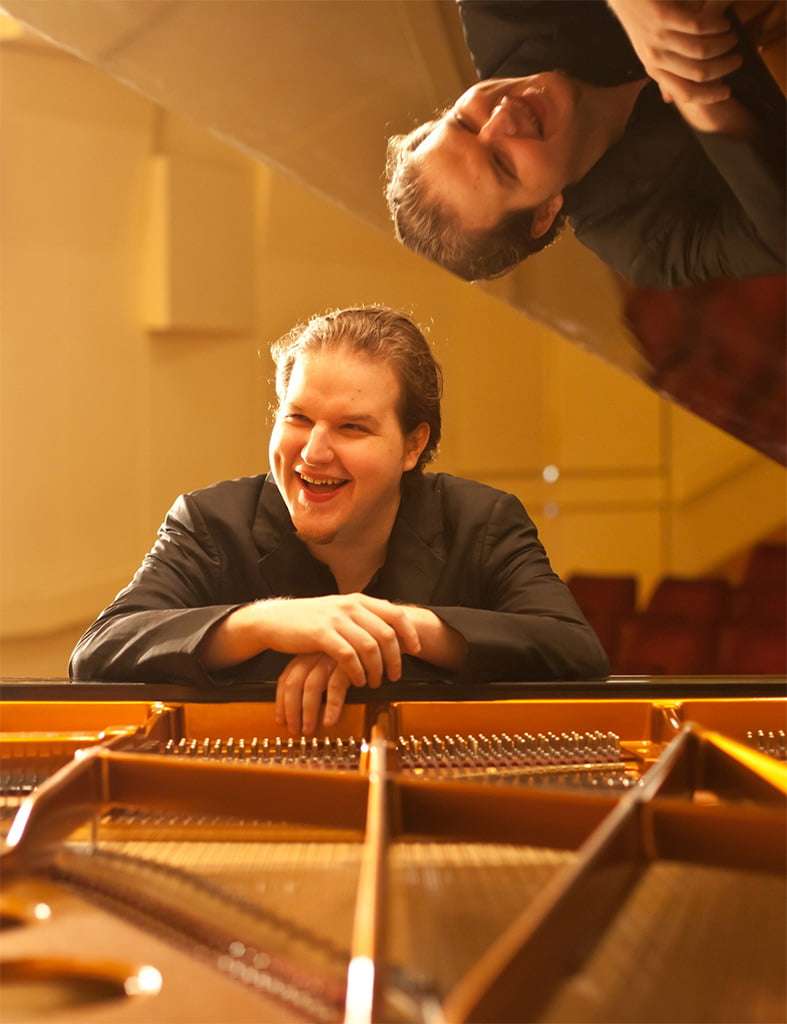 Vondráček has a voluble technique, phenomenal dexterity and and a variety of tone. Sometimes his slowing down into passages of extremely quiet playing seemed mannered and his hair – trigger response to the music caused minor problems of co- ordination. The concerto’s opening melody was done in quiet, conversational style by Vondráček, with a sense of fantasy amidst the movement’s finely articulated sombre, muted tones.,The final re-statement of the opening melody was properly arresting. The opening of the Intermezzo was beautifully played by the orchestra, and Chan drew out sumptuous swathes of melancholy from strings and woodwind and Vondráček responded with flexibility and some fine filigree playing midway through, although some sense of flow throughout the movement was missing. The final movement set off at a headlong pace, and both pianist and orchestra responded to Rachmaninov’s verve with a hell-for-leather quality and dazzling playing that led to a final climax of cumulative power. Vondráček‘s encore – and he really didn’t need one after that – was Chopin’s Nocturne in C-sharp-minor, No.20, which had a withdrawn feeling and a beautifully managed descent into silence at the end.

There were also premieres, both with a preoccupation with bells. James Albany Hoyle’s Thymiaterion is a work commissioned through the Panufnik Composers Scheme. The title is an allusion to an ancient Greek incense burner, and the five-minute work was defined by three magnified bell strikes, as well as “found sounds “ which included mimicking the sound of a Japanese slot-machine called a Pachinko. It was absorbing short piece, and well-crafted, especially in those sections where solo strings represented the lingering resonances of the bells.

Elizabeth Ogonek’s All these Lighted Things makes a striking visual impression with a big orchestra and a large percussion section including Burma bells, Chinese opera gongs, crotales, an egg shaker, rainsticks, and more. It takes its name from a poem by the 20th-century poet and Trappist monk Thomas Merton, and imagines the shedding of darkness by the music of dawn. It received its world premiere by the Chicago Symphony Orchestra and Riccardo Muti in 2017. It is subtitled “Three little dances for orchestra” and dancelike figures with high-pitched strings and jittery woodwind drive the first and third movements around a lyrical central section. Ogonek has drawn comparisons with Chopin’s mazurkas in view of her Polish heritage but on a first listen Stravinsky and even Webern seem more obvious influences. It is hardly a celebratory work, but is multi-layered with some delightful textures and attractive solos for bassoon and clarinet in the central section. Chan brought out exquisite detail whilst never losing sight of the big picture and clearly relished the work’s vibrant colours. At fifteen minutes it never outstays its welcome and I look forward to hearing it again.

Ogonek’s work seems a natural companion to Ravel’s Daphnis et Chloé, which followed, alas, only in its Second Suite incarnation. Chan had the measure of the piece from the start, and coaxed fine playing from the LSO, although she might have kept the brass on a tighter leash at times. It was a reading that may have been short on mysticism but was strong on seductiveness and energy. The ‘Lever du jour’ was a beautifully shaped dawn with some nicely moulded lines.The Pantomime with the long and enticing flute solo for Pan’s seduction of Syrinx was delivered by Gareth Davies with delicious languor and the Final Dance and Bacchanale had orgiastic abandon leading to its final cataclysmic meltdown. It was a fine reading that made one long to hear Chan do the complete work.