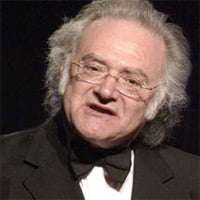 If a film composer wants to hear his music played at its best, then it is to the London Symphony Orchestra that he or she will turn. The LSO has been playing film music since the silent movie days, having accompanied a screening of Douglas Fairbanks in “The Three Musketeers” at the Royal Opera House in 1921. Many decades later Carl Davis revived the idea in the Thames Silents series in which a symphony orchestra played to screenings of such silent classics as “Ben-Hur”, “Napoléon” and “The Birth of a Nation”. Recently the South Bank screened “He Who Gets Slapped”, the first film from M-G-M, with a completely new score, and later this week The Pet Shop Boys will play at a showing of Eisenstein’s “Battleship Potemkin”. All of which goes to show that there never was such a thing as a silent movie because there was always some sort of musical accompaniment, be it from an orchestra, a chamber group or a piano. Music was made for films and films were made for music, which must account for the wealth of music that has been written over the last century to set a scene, create atmosphere, underscore a dramatic or comic moment or simply to make the film work as a piece of creative art. 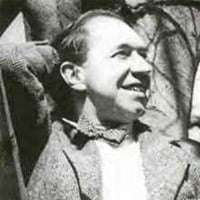 So the LSO has been there more or less since the beginning and has recorded many famous film scores over the years including “Things to Come” in 1935, “49th Parallel” and “Dangerous Moonlight” in 1941, “Henry V” in 1944, “The Rake’s Progress” in 1946 and “The Overlanders” in 1947. All these titles were written by the composers of the day, Arthur Bliss, Richard Addinsell, Ralph Vaughan Williams, William Walton, William Alwyn and John Ireland. Jump a few decades to a time when film scores were released as albums and you arrive at the film composers of today who mostly specialise in writing for the cinema: John Williams, James Horner, Patrick Doyle, David Arnold, George Fenton et al, although the likes of contemporary composers such as John Adams and Nitin Sawhney have also been recorded by the LSO in its film portfolio.

This concert drew a packed house of film music enthusiasts although divorcing the score from the images does seem a pointless exercise which is why I would prefer to see excerpts from the films accompanied by the live scores, just to see how one marries with the other. But many highly memorable tunes have surfaced from scores written for the cinema and have had a life of their own without the film. The Dream of Olwen, Warsaw Concerto and The Legend of the Glass Mountain were all famous film themes, while even Rachmaninov and Mozart were popularised via “Brief Encounter” and “Elvira Madigan”. 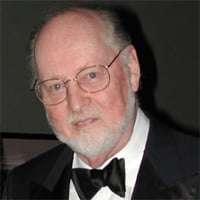 Of today’s film composers John Williams is undoubtedly the master. He received more attention in this concert than did the other composers, probably because he is the most prolific. Although his output may not yet be as extensive as, say, Max Steiner in his heydays at Warner Brothers, he nevertheless has produced great music in the style of the great maestros of film music. He cites Erich Wolfgang Korngold, Franz Waxman, Bernard Herrmann and Alfred Newman as his major influences and it shows in the grandeur and sweep of his scores which are symphonic to say the least.

The LSO has sold over a million copies of the “Star Wars” albums and, hearing the music being played in the Barbican Hall with its big, bright acoustic, you can understand why. My preference is for Williams’s “Raiders of the Lost Ark” with all the LSO trumpets to the fore. In his “Jurassic Park” theme he uses what sound like hunting horns which herald a grandiose theme that evokes the gigantic beasts roaming the open countryside. For “Saving Private Ryan”, his ‘Hymn to the fallen’ put me in mind of a slow Elgarian march, simple, touching and rousing. “Close Encounters of the Third Kind” is something else again, ethereal and reminiscent of György Ligeti and his music for “2001: A Space Odyssey”. 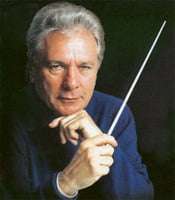 The concert began with the famous Twentieth Century-Fox fanfare, which has opened many a great film. However, it seemed a pity not to segue into music from another Fox film, but that was to come later. Instead it was straight into “Lawrence of Arabia” and Maurice Jarre’s brilliantly haunting overture which became one of the cinema’s most recognisable themes. Later we heard Jarre’s “Dr Zhivago” and ‘Lara’s Theme’ which also became a song (‘Somewhere my love’?). Another famous movie song is ‘My heart will go on’, James Horner’s melody for “Titanic” and it was good to hear it without the lyrics. Apart from his contributions to the James Bond franchise, John Barry has written scores for such great outdoors movies as “Out of Africa” and “Dances with Wolves”, two of his most memorable scores here played with great passion by the LSO. 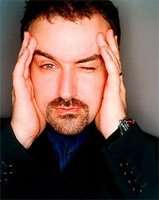 The concert also gave us a chance to catch up with the newer composers with presenter Tommy Pearson interviewing both Patrick Doyle and David Arnold. Doyle is celebrated for working with Kenneth Branagh. We heard his lovely ‘Romance’ from Branagh’s “As you like it”, with a beautiful violin solo by LSO leader Carmine Lauri, and part of his “Frankenstein” score from Branagh’s film, with its big, loud blasts much like a 007 theme, with all stops pulled out in some really exciting music. David Arnold was represented by his score for “Independence Day”. In praising the LSO for the brilliance of its playing, he felt it was great just hearing the music because, once it gets into the hands of the director and the sound editor, he seldom hears it as he wrote it.

The rest of the concert included the charming music from “Ladies in Lavender” by Nigel Hess (most famous for his catchy brass-band theme for the “Hetty Wainthropp” TV series), part of Howard Shore’s own Ring cycle for “The Lord of the Rings”, and Ron Goodwin’s typically martial music from “Where eagles dare”. Nobody was better at a good march than Goodwin (see also “633 squadron” and “Frenzy”). Talking of “Frenzy” brings us to Henry Mancini (his score for the Hitchcock film was turned down) and “The Pink Panther” theme, another instantly recognisable tune that gave us Sean Thompson dressed in a pink costume for his saxophone solo.

The encores were unexpected: a reprise of Alfred Newman’s Fox fanfare was followed by the main theme from “Star Wars”, and then David Arnold (he now works on the James Bond movies) played the 007 theme on electric guitar played through Mike Oldfield’s former amplifier. Naturally enough, it brought the house down.