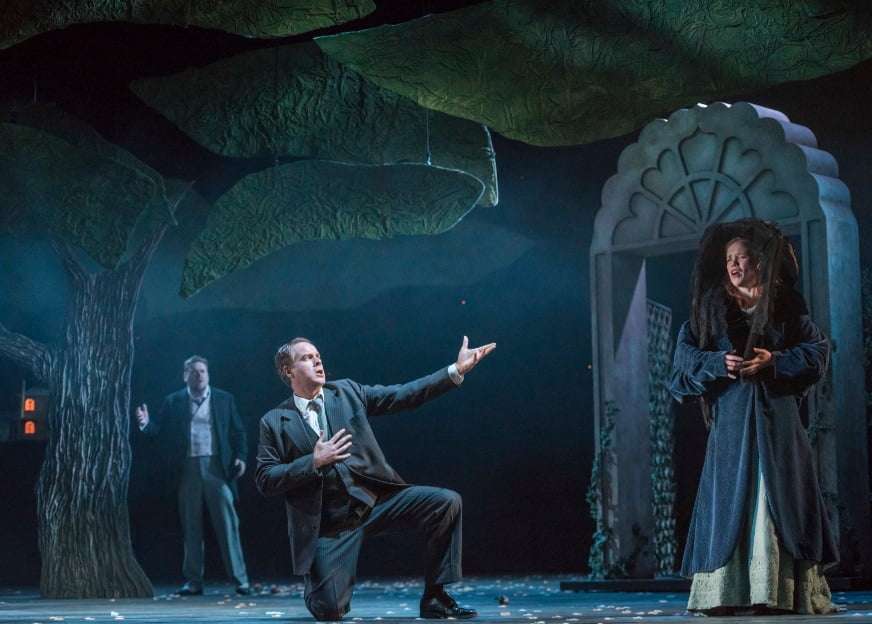 The Marriage of Figaro is the ideal opera for summer music festivals with its scenes unfolding in a patrician house and associated gardens, and which make it adaptable to a considerably variety of settings. Thomas Guthrie’s production for Longborough brings Mozart’s sublime satire upon the ancien regime closer to home by moving it forwards to the eve of the First World War (which makes Cherubino’s sending off into military service more pointed) and bearing a nod to the next country house on the Cotswold horizon, Sezincote, which is hinted at in the Oriental fan-light over the door used in the first two Acts, and is also manifested in the shape of the lantern in the garden scene of Act Four (Sezincote was the architectural inspiration for Brighton Pavilion).

If England can point to no explicit and permanent political revolution in its history, the consequences of the First World War in largely sweeping away the hierarchy of aristocracy and gentry, along with the serving class which underpinned that, are probably the closest this country has come to undergoing the similar social upheavals of the French Revolution, which Beaumarchais’s play pre-empts. This may account for the comparatively sedate, even wistful, character of much of this production which might be read as entertaining some sympathy for the old order of country-house life. Benjamin Bevan’s Almaviva is not at all a sinister or grotesquely lecherous philanderer, but merely a stealthy pursuer of female charms, whose admission that he is not perfect must surely elicit compassion rather than condemnation. It is Grant Doyle’s vocally weighty and often stern-voiced Figaro who seems more scheming and less inclined to forgiveness. Both turned in performances of notable stature, but achieved through quite different means. 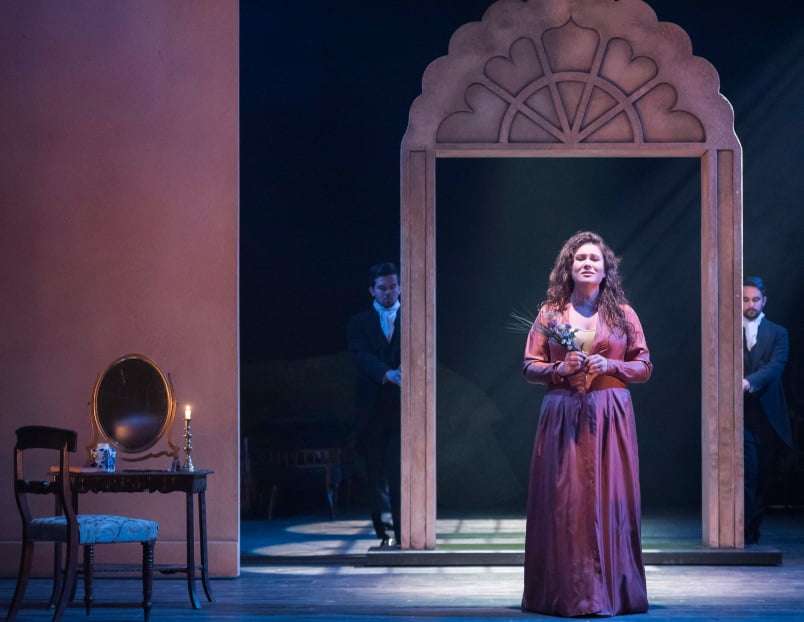 Robert Houssart’s interpretation of the music was often leisurely, tending to match the less-urgent pace of the action in this production, particularly in the two scenes in Acts One and Two respectively where Cherubino is hidden away from the Count. These needed more liveliness in the choreography, and from the orchestra, in order to achieve sufficient comic acuity. The positive result of this was to allow the dynamic, restless character of Anna Harvey’s Cherubino to emerge more brusquely, though the exaggerated ‘Voi che sapete’ was distracting. But otherwise she captured the lovable roguishness of the part with enjoyable flair. Any threat that Doctor Bartolo may pose to Figaro and Susanna’s marriage was largely neutralised by Eric Roberts’s realisation of him as a rather effete figure lacking any identifiable menace in his ‘revenge aria’ in Act One.

Beate Mordal acted as a level-headed Susanna, singing the role with the grace and charm which sometimes eluded Susanna Fairbairn’s Countess: the latter sounded a little constricted in tone rather than allowing her voice to blossom naturally and elegantly in two of the opera’s great arias, ‘Porgi amor’ and ‘Dove sono’, though in other respects Fairbairn conveyed the Countess’s dignity, making her a fit means for the proclamation of forgiveness over the day of madness at the opera’s end.

Houssart conducts an account of the music which rarely wants to hurry along. Sometimes that is to the detriment of the comic tussle of events which need to be executed with more quicksilver spontaneity. But in longer scenes, such as the Finales of Acts Two and Four he certainly sustained momentum admirably over the shifting sequences of Mozart’s symphonic score. With a relatively small ensemble, too, the inner detail of the writing was often revealed which helped to make up for any slackness in pace and brought out better the layers of action or meaning in what is or should be happening on the stage.

With its comparative economy of means, this is a very likeable production of Mozart’s masterpiece demonstrating, if it were necessary to be proved, that its enduring appeal lies in its affectionate exploration of the foibles of human nature, whatever the outward circumstances in which these come to be exposed.