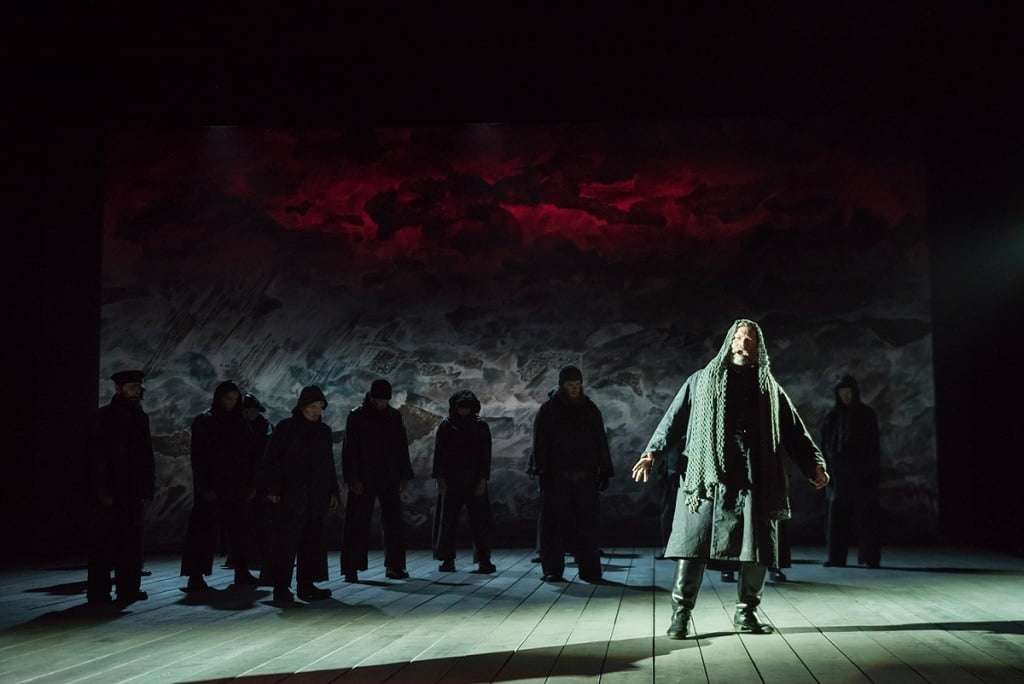 Since this opera festival started twenty years ago, Wagner has loomed large, with two Ring cycles (and a third starting next year), Tannhäuser, and Tristan and Isolde, all marvellously and movingly tailored to Longborough’s scale and style, powerfully conveyed by Anthony Negus’s conducting, and delivering major performances.

Longborough’s new staging, by Thomas Guthrie, of the earliest of the accepted canon of music-dramas, The Flying Dutchman – here played as three Acts to accommodate the dinner interval – is a disappointment. It is as though Guthrie was hedging his bets between mounting a straightforward fairy-tale opera (like Marschner’s Der Vampyr) and imposing a contemporary psycho-drama interpretation, the latter, at least in all the Dutchmen I have seen, being the norm, a few revelatory, a few more destructive of this strange masterpiece.

Guthrie offers almost casual, unconnected asides, which you can easily imagine another director expanding into huge gestures, and you would have reasonably thought that the story of Senta, obsessed with being the ideal woman to save a man from eternal damnation and being effectively sold to that man by her sea-faring father Daland, proposes almost too much. Here, though, in the Overture, Senta hears the music over a 1970s’ transistor radio, which turns out to be the same one Daland’s sailors catch the singing of the Dutchman’s crew of spooks in the final Act – a suggestion that everyone is hearing voices but hardly cutting it in terms of hellish destiny. There is also a hint that Senta is a self-harmer, when she pins a picture of the Dutchman to her breast – literally, with a sharp pin straight into her skin – her mania writ larger when she stabs herself dead at the end (rather than jumping off a cliff), her sacrifice securing the Dutchman’s redemption. 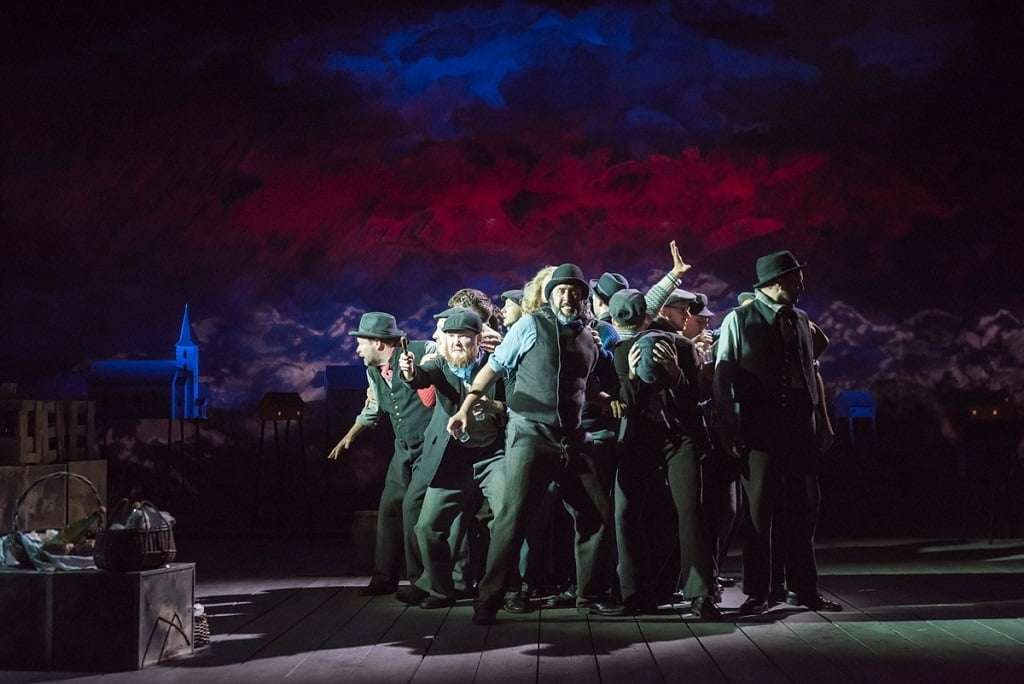 Then there are baffling things, such as the stylised, robotic movements of the two ships’ crews, straight out of the Ministry of Silly Walks; and the crucial moment when the Dutchman witnesses Senta and Erik together and is convinced she has betrayed him hardly registered. The sea, which crashes out of the music, and the Dutchman’s phantom vessel are both left to our imagination, with a few model houses doing duty for the Norwegian fishing village clinging to the coast, the elemental side of things left to an impressive painted backdrop of tumbling skies.

On this plain stage, there is plenty of emotional territory that is not filled by some stand-and-deliver performances. The two basses, Simon Thorpe and Richard Wiegold, are vocally well-contrasted but barely interact in their first encounter so that their very different motivations hover out of focus, although Thorpe’s ‘Die Frist ist um’, the Dutchman’s narrative about his so-far fruitless search for the woman who will release him, has the right quality of haunted weariness. Kirstin Sharpin flings out sensational high notes as if there is no tomorrow and just occasionally she fleshes out her otherwise statuesque Senta with a recklessness that validates the character’s weird, self-righteous sense of purpose. As announced, Jonathan Stoughton was not on best form, but there was enough of his full-toned lyrical tenor and intense engagement to make Erik, Senta’s devoted but discarded fiancé, the most human and rounded of the leads. Carolyn Dobbin’s lovely mezzo is a perfect fit for Mary, and there is an attractive, Donizetti-style lilt to William Wallace’s Steersman.

Negus sets up the story’s tensions in a passionate, spacious account of the Overture, the balance between strings and the rest spot on, and, while the Longborough orchestra has sounded fuller and freer, it and the conductor are very singer-friendly. In the programme book Negus goes into some detail about the various editions and additions to Wagner’s score, and there are many moments when you can hear the music anticipating Lohengrin as much as Parsifal.