Wagner
Tannhäuser – Grosse Romantische Oper in three Acts to a libretto by the composer [incorporating the Paris 1860 and Vienna 1875 revisions; sung in German with English surtitles] 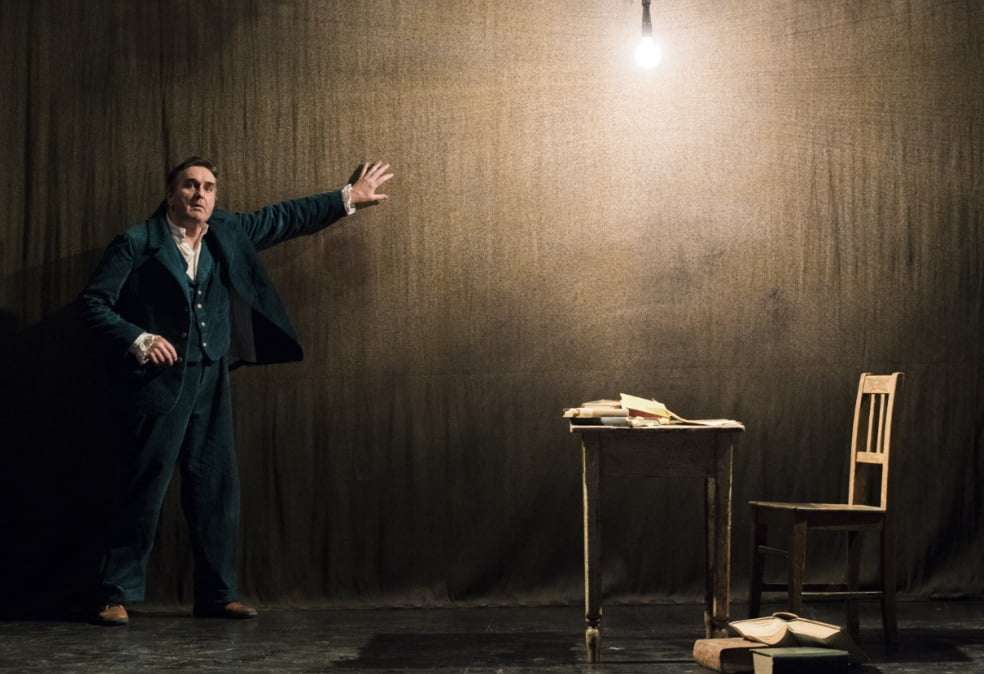 Not for nothing did Wagner describe Tannhäuser as romantic and grand, and it has become a stretcher of resources for all the great opera houses. With a complete Ring cycle and Tristan und Isolde behind it, Longborough was unlikely to be fazed by the demands of this cod-medieval fable of the poet-hero torn between carnal and spiritual expressions of love. The opera’s simplistic layout of set-piece choruses and solos suggests formulaic tale-spinning, which the director Alan Privett has subverted with mostly successful results in a staging that – inevitably, given the modest size of the theatre – thrives on intimacy, yet, with the simplest of means, delivers gestures of massive, overwhelming impact.

Privett’s production is unlikely to be the first in which the artist Tannhäuser has been presented as the composer himself, and the point was over-hectically made during the Overture – a distracting directorial device that has long passed its sell-by date – with a mime-show of Wagner at work on his stage-work being pestered by his wife (presumably Minna) with all the pressures of the real world. Unpaid bills? A warrant for Wagner’s arrest? No wonder the poor chap can’t escape to the Venusberg soon enough. It did, however, set up the 19th-century repressiveness, emphasised by the worthy, self-satisfied company of Minnesingers, who banish the maverick artist in their midst but are prepared to admit his work once he’s safely dead. 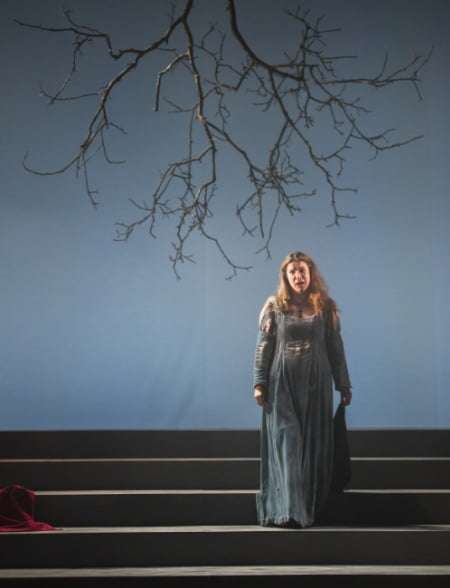 Kjell Torriset’s designs – a velvety, half-lit bower for the Venusberg, a building-blocks song-contest hall, with the sets dominated by an unused Jacob’s Ladder reaching from Earth to Heaven, and a beautifully-lit, wide backdrop – are primary without looking skimped. There is also the overworked device of a pile of books in Act Three, and I suppose the bits of paper fluttering down were Tannhäuser’s unheard songs.

The Contest, with the 24-strong chorus sounding three times as many, had astonishing presence, and the pilgrims’ departure to and return from Rome were unforgettably staged and immaculately sung by the twelve men.

Privett’s direction of Venus as a raddled Baby Jane, a neither young nor old immortal goer, expanded magnificently in Alison Kettlewell’s generous, voluptuous singing, and her increasing desperation over the waning of Tannhäuser’s affections easily distracted you from the scene’s longueurs. There was something dodgy about Elisabeth’s relationship to her uncle, Hermann the Landgrave, setting up all sorts of speculation, and this was reflected in Erika Mädi Jones’s febrile singing and edgy acting. Her ‘Dich, teure Halle’ opened Act Two with a blast of freshness, and while her pitch wavered occasionally, her tone and light delivery were compelling.

Since it wasn’t examined too closely, we had to take Wolfram’s unrequited love for Elisabeth for granted. Perhaps I missed something, since the excellent Icelandic baritone Hrölfur Sæmundsson acted Wolfram fluently and sang with a range of colour, feeling and sensitivity that made the role seem much bigger than it is, and ensuring that his ‘O du mein holder Abendstern’ hung like a veil over the last Act. Donald Thomson blustered effectively as the Landgrave, Chiara Vinci momentarily stole the show as the Shepherd Boy, and there was a fine, lyrical Walther from Julian Hubbard. 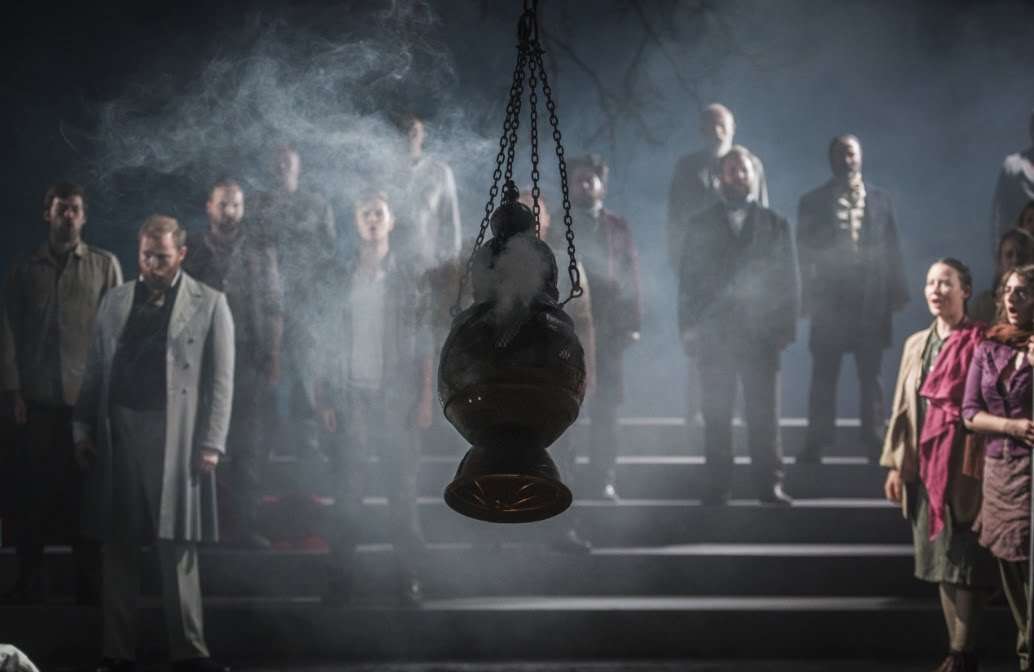 All the soloists took advantage of the theatre’s intimacy, singing into the audience with an immediacy that grabbed you by the throat, none more so than John Treleaven as Tannhäuser. Treleaven’s engagement was all-consuming, his singing heroically characterised, to the extent that he seemed as youthful as the rest of the predominantly young cast. Not every note was beautiful, but his performance as a whole kept Tannhäuser’s predicament on a rolling boil, especially in the supremely taxing Rome Narration of Act Three. I thought he’d run out of steam. How wrong can you be?

With the full-voiced chorus singing superbly and the highly responsive orchestra at his disposal, Longborough’s music director Anthony Negus conducted with the sort of flair that made you endlessly aware of the score’s subtleties as well as its glories, and the sound glowed with the Bayreuth spirit. Longborough is blessed to have him.

Some of the audience were disappointed by the lack of the green shoots of Tannhäuser’s redemption at the close, but I reckon that the appearance of the huge thurible, like the famous Botafumeiro in the pilgrim cathedral of Santiago di Compostela, billowing clouds of benedictory incense, was a knock-out inspiration.

This is a Tannhäuser not to miss.