Ginastera
Variaciones concertantes, Op.23
John Adams
Must the Devil Have All the Good Tunes? [New York premiere]
Stravinsky
The Rite of Spring 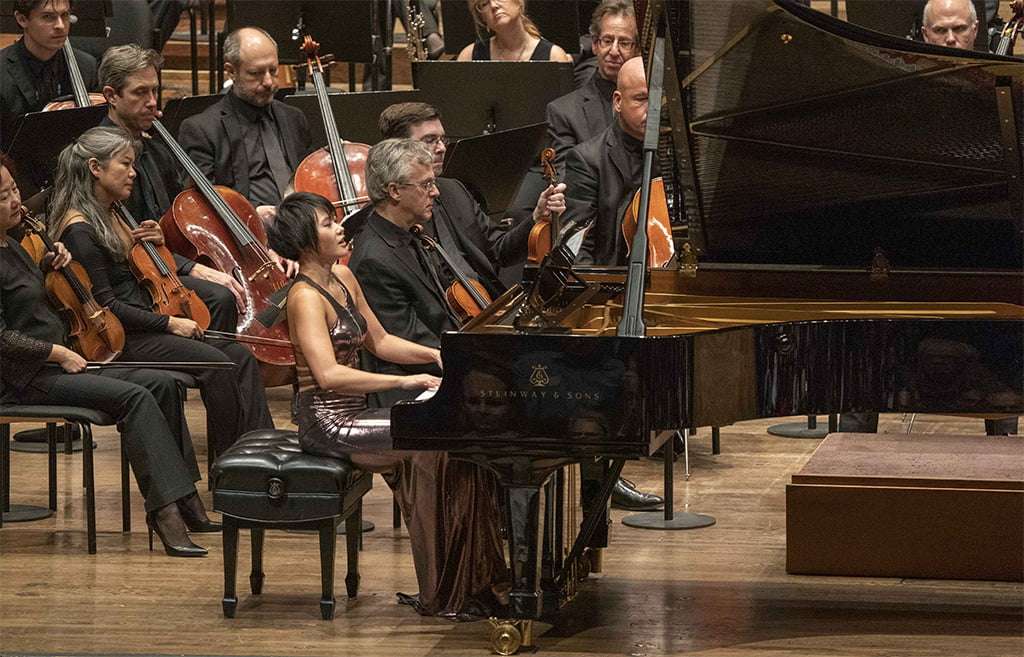 This generous evening of music by the Los Angeles Philharmonic started off pleasantly and rather quietly, with a charmingly-rendered duet for solo cello and harp playing the theme of Variaciones concertantes, a work that idealizes and refines folkloric elements of composer Alberto Ginastera’s native Argentina. The twenty-five-minute piece is essentially a showcase for orchestra, highlighting each of the principals – singly or in pairs – as the seven variations at the center play out. The repetitions, framed by two interludes (the first for strings, the second for winds), alternate between slower and faster tempos and are followed by a double-bass echo of the main theme, before being capped off in the final variation, a malambo (a gaucho-inspired percussive dance) for the entire ensemble. Gustavo Dudamel conducted with sensitivity, allowing the bright-sounding soloists to occupy the limelight until he took more conspicuous and commanding charge of the orchestra, pumping up the energy level in an impressively galloping finale.

Things turned even more exciting with the centerpiece of the program: the New York premiere of John Adams’s Must the Devil Have All the Good Tunes? An LA Phil commission, the piano concerto was especially written for the evening’s soloist, Yuja Wang, who delivered a supercharged performance of the jazz-infused work with dazzling athleticism. The score requires the pianist to be active throughout all three seamlessly connected sections of the single-movement work. The eccentric rhythms of the racy first section (marked ‘Gritty, funky’) are followed by a colorfully rhapsodic slow section that builds momentum and moves almost imperceptibly into a pulsating, rambunctious finale. Wang was fearless, her skillful management of the difficult solo part totally integrated with the orchestra’s buoyant playing. 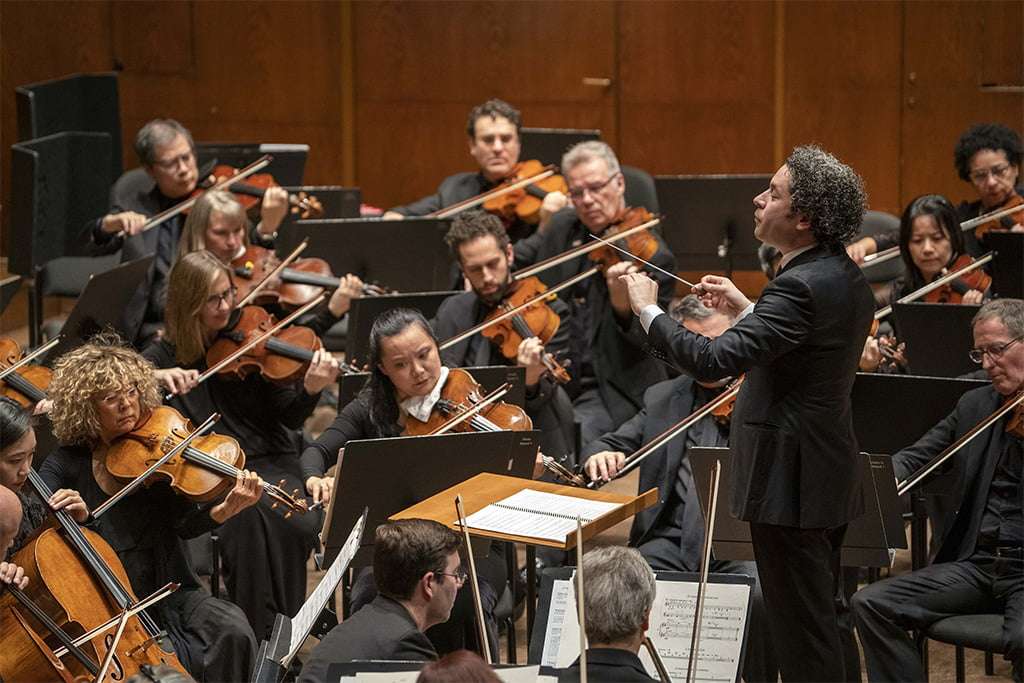 Following the Adams, the apparently-tireless Wang offered five encores – most of them playful and all superbly performed: Leticia Gómez-Tagle’s arrangement of Arturo Márquez’s Danzon No.2; a sparkling account of Vincent Youmans’s Tea for Two in the Art Tatum version; the first movement (Danse russe) from Stravinsky’s Three Movements from Petrushka; Rachmaninov’s arrangement of Rimsky-Korsakov’s Flight of the Bumblebee; and, finally, something on the more serious side – a moving rendition of Liszt’s transcription of Schubert’s Gretchen am Spinnrade (Gretchen at the Spinning Wheel), D118.

Following intermission came The Rite of Spring. Dudamel, conducting from memory and shedding all restraint, unleashed a high-voltage, totally gripping and rhythmically compelling account of Stravinsky’s groundbreaking score. Keeping everything under control, he maintained tension, eliciting a consistently engrossing, crisply detailed reading that was full of dramatic impact yet strikingly atmospheric in the music’s more lyrical passages. Starting with the flexibly executed bassoon solo, the excitement grew through the various episodes, finally reaching an electrifying peak in the rigorous and relentless Sacrificial Dance, punctuated by the invigorating rhythms superbly executed by the percussionist on the bass drum.

A surprising encore followed: a rollicking rendition of John Philip Sousa’s The Liberty Bell, with Dudamel smiling broadly as he swayed side to side with the music.