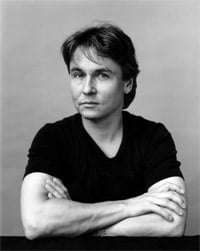 The second of four Barbican Hall concerts to include the Los Angeles Philharmonic playing Sibelius’s seven numbered symphonies embraced maybe the two greatest (which is saying something) – the brooding, strange, enigmatic and dark Fourth and the remarkably compressed one-movement Seventh.

This performance of the Fourth tended to be none of the above, and was undermined by latecomers amongst the audience being allowed in at the last possible moment and still finding their seats while Esa-Pekka Salonen stood there waiting to conduct. The moment, I’m afraid, was lost. Worse, was letting more stragglers in between movements two and three (Salonen played one and two, and three and four, attacca). Had Salonen carried straight into the third movement – which some conductors do – then those stuck outside would have remained so. In this of all symphonies, where silence and timing is all, the mid-symphony interruption was ruinous and the Barbican management needs to re-think its policy.

Rather than lead a black, monolithic account of this great symphony, Salonen pursued a more restless, spectral course, the use of antiphonal violins (unexpected with this conductor) a welcome aural plus-point. But the performance lacked edge and bleakness (which seems to be an essential in the greatest performances of this work) – and had some minor but indicative imprecision, too – with little sense of unease and desolation. The finale was upbeat, somewhat glib, if chiselled, and the glockenspiel (which Sibelius does seem to have wanted – the score asks for ‘Glocken’ (debated over as either the German for bells or an abbreviation for glockenspiel), but those conductors opting for tubular bells have found a more appropriate ‘colder’ timbre for this devastating finale in which Salonen did indeed ratchet up the tension come the dissonant climax and find a funereal aftermath. 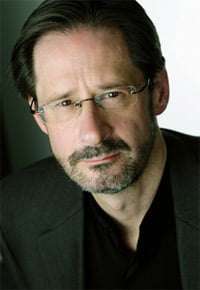 Steven Stucky’s 15-minute Radical Light (2006-07) was composed, the composer reveals, knowing that it would be performed between these two Sibelius symphonies – with due emulation – and takes its cue from A. R. Ammons: “He held radical light / in his skull: music / turned, as over ridges immanences of evening light…”. It seems that music as a “gradual, seamless evolution” has here been Stucky’s point of departure as well as him discussing this point with Salonen, Magnus Lindberg and Anders Hillborg.

Radical Light is a “fundamentally slow piece, but it is infiltrated more than once by livelier music”. The faster passages are somewhat nondescript, the slower invention altogether more compelling, not least in the gradual forming of the aural picture at the very start, and later carrying the expressive burden of William Schuman’s music (a composer we should more of) and communicates directly some sort of ecstatic contemplation. It has been done before – and for all that this was a premiere it seemed already familiar (but the form is a new challenge for the composer) – but the performance was no doubt of the composer’s dreams and Stucky was present to hear it.

After quite a few members of the LA Phil had departed – one of the percussionists with a violin bow (a prerequisite these days!) – Sibelius 7 was given a lucid account, not emerging from the depths or climaxing to craggy textures, but breathing fresh air and with staging-posts (the trombone chorale) well attended to, transitions emerging organically but with Salonen unashamed to invest depth of feeling into reflective passages and intensity to climaxes en route to a glowing coda – C major vindicated.

Sibelius’s Finlandia was offered as an encore – extrovert and emotional to a fault. Salonen’s treatment of the final chord – strong accent, subito pianissimo, crescendo – caught out those that applaud at the drop of hat (the accent!) – but it was a rip-roaring way to conclude the concert. Two more Barbican appearances to come – once the LA Phil and Salonen has been to Paris to play all the Sibelius symphonies there.