Holly Golightly
Music & lyrics by Bob Merrill, book by Abe Burrows, based on the novella Breakfast at Tiffany’s by Truman Capote [European premiere] 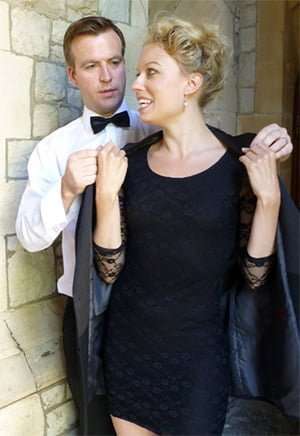 Stephen Sondheim once said (in Assassins) that “Everybody’s free to fail / No one can be put in jail / For his dreams.” Tell that to Bob Merrill (1921-1998), composer and lyricist of musicals such as New Girl in Town (based on Eugene O’Neill’s Anna Christie), Take Me Along (O’Neill’s Ah, Wilderness), and Carnival! (from Leslie Caron’s film Lili). He also wrote the words to Jule Styne’s music for Funny Girl, Barbra Streisand’s first stage success. And he was a celebrated writer of novelty songs including ‘If I knew you were coming, I’d’ve baked a cake’, ‘How much is that doggie in the window?’, and ‘She wears red feathers (and a huly-huly skirt’) for such as Patti Page, Guy Mitchell, Bing Crosby and Rosemary Clooney.

Merrill’s dreams often came true but he also had some failures, including shows that closed on tour before reaching Broadway. Writing and staging musicals is the hardest job in the theatre. Merrill once said “if Adolf Hitler is still alive, I hope he’s on the road with a musical.” Probably Merrill’s biggest disappointment was the show he wrote based on Truman Capote’s novella Breakfast at Tiffany’s. The book had been a best-seller in 1958 and became an iconic film with Audrey Hepburn in 1961. With legendary producer David Merrick behind the musical, it was bound to be a hit in 1966. Merrick was shrewd and had staged numerous hits – including Hello, Dolly!, 42nd Street, Mack and Mabel, and Oliver!, and straight plays too – and It probably seemed that a show based on Breakfast at Tiffany’s would be another hit. 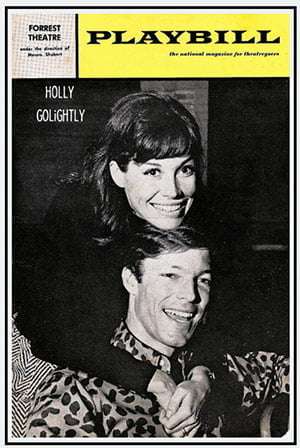 It did seem to have everything going for it: Mary Tyler Moore, fresh from the Dick Van Dyke Show, a co-star in Richard Chamberlain, then famous as Dr Kildare, a book by Abe Burrows, who had done Guys and Dolls and How to Succeed in Business Without Really Trying, choreography by Michael Kidd who had worked on Finian’s Rainbow and designs by Oliver Smith, responsible for My Fair Lady and West Side Story. Somehow all these great Broadway talents just couldn’t knock Breakfast at Tiffany’s (as it was then called) into shape as a workable production. The trouble began even before Abe Burrows came in, with an attempt by screenwriter Nunnally Johnson to adapt the Capote story. He was a seasoned professional with numerous film scripts behind him (The Grapes of Wrath, How to Marry a Millionaire, The Dirty Dozen). He made two attempts before Burrows arrived to write the text and also direct. In Philadelphia the show, now called Holly Golightly, was flagging, so more work was done on it. Holly is a good-time girl with an eye for any millionaire who’s passing. The show was in Boston when, in order to beef up the script, Burrows agreed to let another writer in.

However, he hadn’t reckoned on Merrick installing playwright Edward Albee who completely changed the show’s structure. Burrows walked out and film- and stage-director Joseph Anthony (The Most Happy Fella, The Rainmaker, The Best Man) replaced him. When Albee’s revisions required extensive changes to the score, Merrick decided to call a halt: “Rather than subject the drama critics and theatre-going public to an excruciatingly boring evening, I have decided to close the show.” It is probably just as well that he did as it never reaches the heights of the Capote’s or the bowdlerised version that George Axelrod wrote for the film in which Hepburn played Holly as if butter wouldn’t melt in her mouth or anywhere else. In fact she’s a first-class bitch who, as Lulamae Barnes, marries Doc Golightly and then leaves him to pursue her career as the re-invented, chic poseur she names Holly. Ian Marshall Fisher’s staged reading in the Lost Musicals series is the first time that Holly Golightly has been seen in any form since 1966 and its original form with Abe Burrows’s book.

It is seemingly impossible for Holly Dale Spencer in the title role to get the full measure of the woman, albeit Burrows’s book doesn’t help much in establishing just who Holly really is. Joseph Wilkins as her writer friend Jefferson Claypool is fine but comes across as nothing more than a cipher, the would-be boyfriend, a part with a total lack of depth. Gary Raymond lends some gravitas in the emotional role of Doc, the husband abandoned by Holly, the girl who is constantly searching for something better or someone richer. Jonathan Dryden as ‘Sally’ Tomato, a Guys and Dolls-type gangster who Holly visits in jail, provides the best of the humour, while Stewart Permutt as Mr Yunioshi, Holly’s exasperated Japanese neighbour, plays the role much as Mickey Rooney did in the film, as a stereotypical oriental gent. The rest do their best with what they are given – it is an uphill struggle.

Bob Merrill wrote over thirty songs for Holly. About half were used. They are serviceable enough, without ever reaching giddy heights. The best include ‘I’ve got a penny’, sung by Holly as she gazes in the window of Tiffany’s jewellery store; ‘You’ve never kissed her’, Jeff’s number that proves he is utterly smitten with the girl, despite her being infuriatingly liberal with her charms towards other (richer) men; ‘The girl you used to be’, is a duet for Doc and Holly that recalls her early life with the husband she left behind; and ‘The party people’ is an upbeat number describing New York’s fashionable society. All the songs have been issued on a double album from Original Cast Records (OC-2100), and some of the deleted numbers are quite appealing, leaving one to ponder why they were cut. One can only congratulate Ian Marshall Fisher on attempting to revive Holly Golightly but it remains a questionable piece that now seems of historical interest only. However it will appeal to anybody concerned with the progress of the American musical. Good or bad, it is certainly a collector’s item.