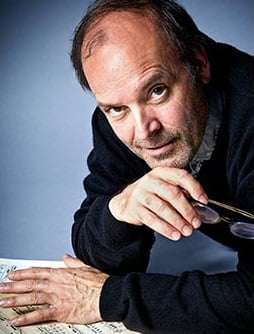 This Louis Lortie recital was the first time I – and many in the audience – had heard all three books of Liszt’s Years of Pilgrimage in one sitting, each about fifty minutes long with a couple of intervals, although I am told that Jorge Bolet, of blessed memory, performed them in London probably in the 1970s. The twenty-three pieces define the breadth and depth of the Liszt vision, and Lortie has had them in his repertoire at least for the past decade, having played them, as here, in sequence in his native Canada, at Bayreuth, and at Snape Maltings in August 2011 (he recorded them, for Chandos, nearby at Potton Hall in 2010).

Compared with other pianistic marathons – such as, say, Messiaen’s Vingt regards sur l’Enfant-Jésus – there is something of a completist aspect to performing these pieces live, and each of the books is probably more well-known through individual pieces – ‘Au bord d’une source’ (possibly) and ‘Vallée d’Obermann’ (definitely) from Switzerland; ‘Spozalizio’, ‘Petrarch Sonnet 104’ and the mighty ‘Dante Sonata’, from Italy; and probably only the ‘Fountains at the Villa d’Este’ from the third instalment. Switzerland is about nature wild and sublime; Italie, the most integrated of the three, about the composer’s intense reactions to Italian art and literature; and the seven pieces of the third written at the Villa d’Este near Rome, more introspective, religious and harmonically daring.

When Lortie played Year Two in London in 2011, his command of all the Lisztian technical requirements and his way into the composer’s intense romanticism was seamless. Eight years later, you could be forgiven, over an evening more than three hours long, for being most aware of his stamina. He was absolutely on target in some pieces (the most well-known ones, as it happened), and then his focus blurred in playing that sounded laboured and sometimes hectoring – surprising, because Lortie is fastidious when it comes to varieties of touch and tone and the sort of shaping that flatters the music and lets it breathe. In the end, I had a problem with his Fazioli instrument, which could deliver colossal onslaughts of sound and cataclysmic fortissimos, and Lortie’s normally scrupulously clean pedalling obscured many a longed-for harmonic resolution.

This in no way impeded the impact of the orotund gloom of ‘Chapelle de Guillaume Tell’, but Lortie hit his stride more in a wonderfully impressionist ‘Au lac de Wallenstadt’, before knocking on Heaven’s door with a pulverising ‘Orage’, an almost caricature display of oracular Lisztian fury and played with humbling panache. But it was in the brooding mountain scenery of Vallée d’Obermann’ that we got the full measure of Lortie’s visionary strengths in evoking soul-searing romantic lows and ecstatic highs, with playing that gave a clearer idea of the Fazioli’s range. The limpid coolness of the ‘Eclogue’ provided some relief. Moving south, Lortie delivered a rapturous ‘Sposalizio’, the one inspired by Raphael’s painting The Marriage of the Virgin, finding the space between chastity and sensuality, he was on spectacular form in the demonic rhetoric of the ‘Dante Sonata’, some pedal-saturated sonorities notwithstanding, and was at his inward best in a lovely account of Petrarch 104.

Lortie’s sound became more veiled and searching in the Year Three pieces, written after Liszt had taken minor Catholic orders as an Abbé. Lortie’s evenness in ‘Les jeux d’eaux à la Villa d’Este provided the basis for the music’s extraordinary spirituality, which somehow gradually acquired substance without weight. For me, though, it was the two threnodies imagining the cypresses at the Villa d’Este, those trees that stand like black candles in the blazing Italian sunlight, which caught magnificently the essence of Liszt’s open-ended but compressed late style. I heard someone remark that he hoped Lortie would play the Venezia e Napoli supplement, but in this case enough was as good as a feast.