This diverse and attractive programme of French chamber music begun with Louis Lortie in an unforced, colourful and ideally sec account of Valses nobles et sentimentales during which Ravel’s subsequent orchestral version was not missed. The pianist delighted in conjuring an improvised but beautifully thought-through performance, the music savoured but never wallowed, the Fazioli piano appropriately mild-mannered but lucid whether in dreamy reflection or more demonstrative ebullience, the close of the suite a haze of recollection. 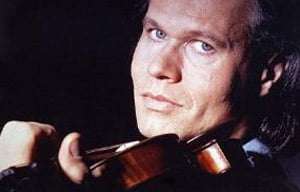 Augustin Dumay has been something of a stranger to London in recent years. He began (Belgium-born) César Franck’s Violin Sonata in confidential terms and then opened-out its emotional largesse, the hallmark of a player seasoned in his objectives and thoroughly identified with the music. Of particular pleasure was the rapport between violinist and pianist, Lortie judging his contribution ideally in terms of dynamics and very closely attending the elasticity of tempo and phrase of the second movement, which he had launched in bravura style, the thicket of notes negotiated as one might expect from an accomplished soloist; and as the movement came to its close his differently weighted chords also spoke of his care and attention to detail and the music’s potential.

This was definitely a sonata for violin and piano, Dumay and Lortie a productive partnership. Just occasionally Dumay’s upper register was sapped of colour and foundation, and intonation could be suspect, but the spirit of Franck’s music (and its rigour) was magnetically presented, the finale enjoying a particularly relaxed tempo to increase its mellow songfulness. At numerous times during this performance one wondered, irrespective of whether he plays it or not, how Dumay would approach Elgar’s Violin Concerto. 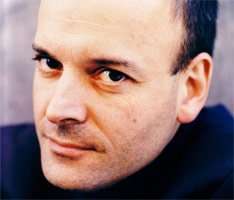 But for a cycling accident, the short-lived Ernest Chausson (1855-1899) would no doubt have left us a larger catalogue of works than he did. His (French pronunciation) Concert is oddly scored for piano, solo violin and string quartet – at times a sonata for piano and violin (the keyboard is prioritised in the title yet the string instrument has the best lines), a string quartet that is ‘orchestral’ in density, sometimes a string quintet with three violins, and a conventional piano quintet (the solo violin silent). This is music of power and passion that demands fluidité in performance, which it certainly received here, a magnificent account, beautifully balanced, played with conviction, which suggested Chausson interlocking with Wagner’s “Tristan und Isolde”, unable and unwilling to escape it, yet retaining his nationality and his own precious instincts.

Once again, Lortie, essaying this score for the first time in public, had clearly reflected long on the piano-part’s possibilities and, rehearsing, working to accommodate his colleagues, the writing somewhat Lisztian in style and delivered flawlessly with variegation and sparkle. Now seated, Dumay found greater reserves of colour, tone and accuracy, relishing the voluptuous writing. The members of Quatuor Ebène created a vibrant backcloth, often required to be a consort, Chausson sometimes highlighting viola and cello, emphasising the work’s darkness, Raphaël Merlin making the latter instrument’s every note speak.

This is a hot-house, erotic piece, lyrical, intense, if prone to being over-climactic – even the wistful second movement can’t wait to be emotionally swelling as soon as possible; and if the animation of the finale is welcome its earnestness is less attractive. If the piece across its forty minutes overdoses on soulful intensity and brooding, the concluding apotheosis seems a true summing-up and vindication of what has gone before, the composer assured of where the music was always going despite what seem indulgences. Here, with a pianist in top form, a violinist wonderfully responsive to operatic delivery (as well as ravishing the ear) and a string quartet living up to its award-ceremonies, Chausson’s curious and fascinating piece received an outing that was in many ways a revelation.