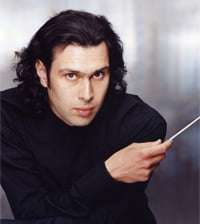 After experiencing Verdi’s “Messa da Requiem” in the less-than-ideal acoustics of Westminster Cathedral (conducted by Riccardo Muti) and St Paul’s Cathedral (Sir Colin Davis), it was a particular pleasure to hear the work under something like optimum conditions in the revamped Royal Festival Hall. On this occasion – and the sense of ‘occasion’ was almost tangible – the combined London Philharmonic Choir and Philharmonia Chorus occupied every available bit of space in the remodelled choir-seat area, and the overall immediacy and clarity of sound was extremely impressive.

Following Vladimir Jurowski’s experiments with seating the London Philharmonic, an optimum layout – at least for this particular work – was arrived at: violins to the left, violas to the right and cellos centre-right with double basses ranged across the back of the platform (to devastating effect in the ‘Lux Aeterna’). The vocal quartet was ’embedded’ in the orchestra with bassoons to their right, horns to their left and the remainder of the woodwinds immediately in front. The heavy brass – including the Cimbasso – were positioned to the extreme right with percussion to the extreme left.

None of this would have been quite so important had the performance not been so outstanding. Jurowski has a distinguished pedigree as an operatic conductor and his theatrical experience served him particularly well here. Any debate as to whether Verdi’s “Requiem” is too theatrical for a religious work is fundamentally spurious. It is theatrical in every pore of its being – indeed it would be hard to imagine anything more theatrical than the ‘Libera me – and nearly all the greatest interpreters of this music, Toscanini, Victor de Sabata and Giulini, have been men of the theatre. 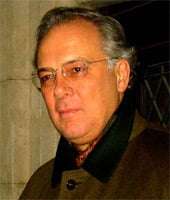 From the chorus’s first awed sotto voce entry – particular care taken over diction – it was evident that something momentous was about to happen. Jurowski did not linger – the tempo was quite flowing – but the sense of theatrical expectation was palpable. The vocal quartet’s initial entry revealed an unusually well-integrated group underpinned by Ferruccio Furlanetto’s imposing bass and Ildiko Komlosi’s superb mezzo, absolutely crucial in this work. Massimo Giordano, soon to play Lensky at Glyndebourne, is a real Neapolitan tenor with plenty of projection and a sob in the voice. Barbara Frittoli is an impressive stage presence, too, but she was not quite at her considerable best, her voice a little on the light side. 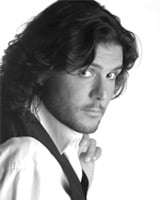 The ‘Dies Irae’, cannily paced to allow for maximum clarity, made an overwhelming impact – all credit to guest chorus-master, Piero Monti, from the Maggio Musicale Fiorentino, who had achieved wonders in integrating the two choruses. Furlanetto may not have quite the imposing presence of a Boris Christoff but he has that essential bottom to the voice to send a shudder through the audience in ‘Mors stupebit’ whilst Komlosi was quite simply stupendous in ‘Liber scriptus’, combining superbly with the choir and producing a breathtaking decrescendo. In ‘Recordare’ her blend with Frittoli was also unusually satisfying, as was the eloquent, pulsating contribution of the cellos. Seldom has one heard such fervent playing in this work, the London Philharmonic wholly caught up in the drama. Perhaps seating the soloists within the orchestra contributed to this. Certainly there was a quite unusual immediacy to the anguished account of ‘Confutatis maledictis’, Furlanetto’s prayer “Take into Thy care my end” perfectly complemented by the double bass line.

With such a level of inspiration flowing it was absolutely unforgivable that large numbers of latecomers were allowed in at the close of the ‘Lacrimosa’. Whoever permitted this outrage against both performers and audience alike should be consigned immediately to the Day of Wrath. If a major work is to be performed without an interval, latecomers should not be admitted. The soloists appeared visibly discomfited and thereafter the performance never quite recovered its original accumulated intensity, although there were many good things along the way, notably an eloquent clarinet at the end of the ‘Hostias’ and a quite superb ‘Lux Aeterna’ from Komlosi with extraordinarily potent double bass pizzicatos. The ‘Sanctus’ could have been despatched with a lighter touch and greater attention to its cross-rhythms and, although never less than effective theatrically, Frittoli did not quite rise vocally to the demanding ‘Libera me’.

Whatever these minor reservations, this was a remarkable and deeply moving account. Seldom does one hear a great work receive something like its full due as it did here. Fortunately the performance was recorded.