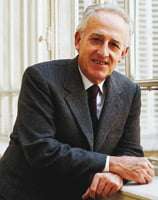 These two works made a thoughtful coupling linked by “heroism” even if there was little sense of overcoming the odds in this account of the ‘Emperor’ Concerto in which the stall was laid out from the off in Maurizio’s Pollini’s chiselled clarity and unvarnished grandeur, and no lack of sensitivity, contrasted by the warm if too homogenised textures of the London Philharmonic under Kurt Masur’s direction. Pollini’s patrician technique was almost unfailing save for the occasional moments of slippage that, whilst minor, where also noticeable. Collectively the performance moved forward imperiously, always concerned with direction rather than scenery, and if the slow movement, however contoured the melodies, would have welcomed more expansiveness, the outer movements had a vitality that swallowed them whole. An musically unimpeachable overview. 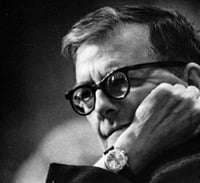 By contrast, Shostakovich’s Fifth received an equally ‘musical’ performance, but one that revealed so much ‘about’ the work for not drawing attention to what is already implicit. A work that has accreted so much ‘programme’ and ‘history’, Masur’s ‘solution’ is to play it as a symphony – and, throughout, the work emerged as indivisibly symphonic. What was also laid bare, but without trying to do so in ‘obvious; terms, is the ‘circumstances’ of the work, it’s oft-quoted “Soviet artist’s response to just criticism” tag. 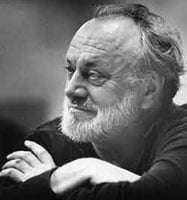 It’s anything but this, and Masur, with the LPO giving its all, understands to a rare degree both the personal and universal aspects embedded into the score. His masterly control of tension and dynamics secured a tightly-organised and thrillingly cumulative first movement, then came a scherzo in which the ironies were more so for not being underlined. In the Largo the tempo flowed but the implications were indeed ‘broad’ (covering pathos and fierce rage, the strings ranging from almost-nothing in sound to an intense, cutting edge). The finale (launched attacca) was glowering and trenchant, the slower, introspective music utterly belonging and building to a devastating close by dint of Masur’s massively deliberate tempo, unflinching in its robotic step and deeply disturbing in its implacable subjugation.

Shostakovich may have fooled the authorities but Masur leaves in no doubt that Shostakovich’s triumph is a forced one. Masur has a ‘genius’ for this work – built up with the LPO through numerous London and tour performances and captured in a marvellous recording on the LPO’s CD label. This concert performance was utterly compelling and convincing. Now stepped-down as the LPO’s Chief Conductor, may Masur return many times to London: he has much to tell us.