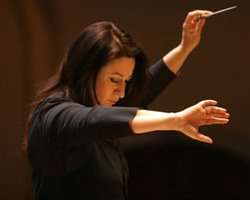 Currently General Manager of Hamburg State Opera and Music Director of the Hamburg Philharmonic, Simone Young chose Mahler’s ‘Resurrection’ Symphony for her debut with the London Philharmonic. And what a thrilling introduction it was.

With precise and impassioned playing from the LPO, the first movement was given a fast-paced reading of passion and drama. Young didn’t linger in the various appearances of the second subject, which meant that the sense of longing and nostalgia inherent in these interludes was somewhat missing, but the great dissonant climax that occurs three quarters of the way through was overwhelming.

The Andante moderato was given a fresh, lively reading rather than one focusing on old-world charm. The drama of the agitated central section of the movement was strongly projected, as well as the lyricism of the string melodies. Having the violins divided left and right paid dividends throughout, especially in the interplay of pizzicatos.

Young’s fast, energetic approach to the symphony continued in the scherzo. Here the emphasis was on the teaming invention of Mahler’s music rather than its ironic qualities, although trumpets and violins played the second trio beautifully. Particularly memorable was the overwhelming power given to the climax near the end of the movement, described by Mahler as a “cry of disgust”. 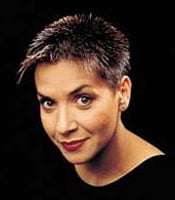 With ‘Urlicht’ came respite from high-octane drama. Young adopted a very slow tempo. With deeply-felt singing from Dagmar Pecková and beautiful playing from the oboist, the result was sublime.

Another overwhelming “cry of disgust” climax led into the greatest account of the finale I’ve ever heard. The ‘Dies irae’ march and subsequent tumult was delivered with a level of apocalyptic power and intensity that was quite astonishing. The gentle entry of the choir’s “Aufersteh’n” came as much-needed consoling balm before leading up to a thrilling account of the work’s conclusion. So often in the finale, conductors allow the main climax to coincide with the last few words of the chorus, leaving the orchestral coda as something of an anticlimax. By contrast, Young saved the most for the final chord with its triple fff crescendo on the timpani, which was tremendous.

The handling of the finale’s offstage brass and percussion was exemplary and the London Philharmonic Choir was excellent. Once again, Pecková provided a notable contribution (and she sounded more at home in Mahler’s music than did Melanie Diener). But the real star was the London Philharmonic, providing sensational playing under its guest conductor.