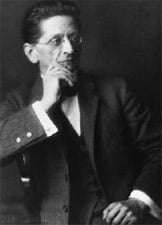 Just ten years separate the composition of these three works, straddling the Second World War, and it was gratifying to see a good attendance for an unconventional programme.

While Sinfonietta might imply a lightweight piece for reduced orchestral forces, that is emphatically not the case with Zemlinsky, whose three-movement example is a substantial and colourful piece, making use of an extended percussion section.

It is a mature work of an often-exotic harmonic language, though is careful to remain bound to a set key, unlike Zemlinsky’s pupils Berg and Schoenberg, who had by the time of this composition all but turned their back on tonality. Vladimir Jurowski had clearly spent a lot of time rehearsing this piece, as the counterpoint was vivid, the clarity of texture most impressive.

This attention to detail carried all the way through to the cymbal, whose cold tingle in the second movement ‘Ballade’ was one of many interesting features. Jurowski had his eight double basses on a raised platform on the right of the stage, adding depth to the sound but careful not to over-project the cellos.

Zemlinsky’s melodic inspiration was clearly felt in the first movement, and not least in an attractive reverie halfway through; when the texture becomes more complicated Jurowski made it easy to pick out individual lines without losing sight of the whole, as in the energetic third movement. 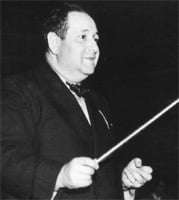 While Zemlinsky’s bittersweet music betrayed an occasionally troubled mind, Korngold’s Violin Concerto basks in sunshine, attractive and lyrical. Nikolaj Znaider has recently recorded the work with Valery Gergiev and the Vienna Philharmonic Orchestra – an intriguing partnership, for sure – and here he found in Jurowski an attentive accompanist.

The opening was warmly nostalgic but not exaggerated, and this proved a feature of the performance, with Znaider mastering the technical demands effortlessly and finding an exquisite tenderness in the ‘Romance’. Here there was a mysterious and slightly unsettled central section; completely at odds with the big Hollywood melodies of the finale (Korngold takes the concerto’s principal themes from his film scores). This was boisterous yet could perhaps have smiled a little more.

Far more troubled was Shostakovich’s Sixth Symphony, a curiously lop-sided score whose opening slow movement takes more than half of the work’s half-hour duration, holding its emotional core. After a smooth start Jurowski was quick to lessen the dynamic. The underlying menace projected here was astonishing, a single tam-tam stroke enough to chill the blood and make Celia Chambers’s flute recitative cold to the ear.

Jurowski captured the unique stillness that the best Shostakovich slow movements can achieve, which made the following fast music sound all the more contrived, a triumph of sorts but empty in its execution. Here the virtuosity of wind, brass and percussion in particular was thrilling, both the Allegro and Presto taken at fast speeds. The sporadic outbursts of the Allegro joined together well, while leader Boris Garlitsky was fully in charge of the well-drilled staccato of the Presto.

While at first glance the programme may not have had a common thread it was possible through all three pieces to detect the influence of Mahler – yet how differently applied it was.