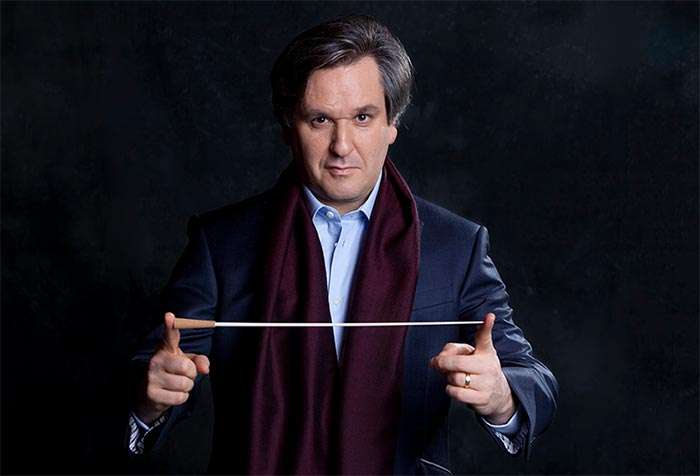 Bruch Violin Concertos (just the one, the first of his three) to the left and to the right, with plenty behind and loads to come – here was the latest. LSO leader Roman Simovic stepped forward (Carmine Lauri took the chair) and gave a magnetic performance, rich in tone, intensely expressive, virtuosity and musicianship entwined, and with his mates in the orchestra and a knight on the podium, this was a fresh and vibrant account, especially eloquent and tender in the slow movement. For a fiery encore, Simovic offered a movement from Ysaÿe’s Sonata No.2 (from the set of six, Opus 27, from 1923), written for Jacques Thibaud, each of the four movements referencing the ‘Dies irae’ plainchant; I am pretty sure Simovic essayed the Finale, ‘Les furies’, which lives up to its name

It was a good idea to couple the Overture to William Tell (Rossini’s final opera) with Richard Strauss’s magnificent Alpine Symphony. The LSO was on a (Swiss) roll with both, the Rossini opening with lovely playing from the cello quintet, Tim Hugh at the helm. The lead into the storm was an ear-catching pianissimo, and away from the tempest Christine Pendrill’s lyrical cor anglais solo and Adam Walker’s flute arabesques were of pastoral delight. With the ‘Galop’ you have to smile – anyway – and even more so when The Lone Ranger is inevitably recalled; Antonio Pappano didn’t spare the horses, or the LSO, its players responding with a final-lap esprit de corps. 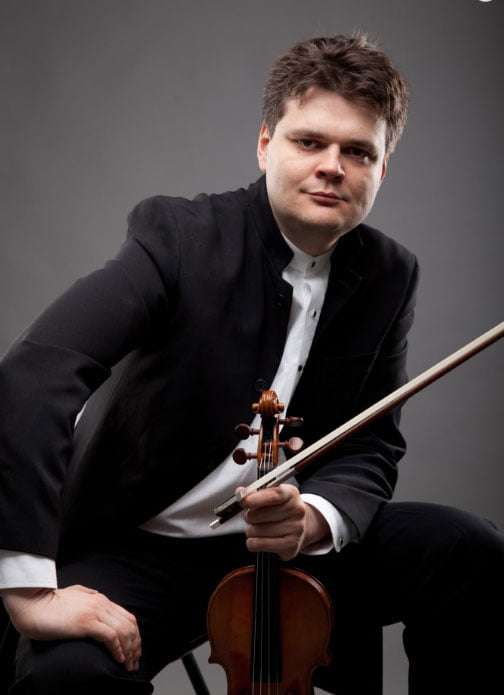 The musicians were similarly devoted for the Strauss, his ambitious and extravagantly scored Alpine Symphony (completed early in 1915). I am not likely to forget Lorin Maazel’s epic account from a couple of years ago, one of his last concerts, or Semyon Bychkov’s conducting of it at this year’s Proms, very much the life-journey that he sees the work as.

Pappano guided an expedition that was as physical as it was pictorial, symphonic in terms of tempos and their relationships and with perspectives (the off-stage hunting brass) well-judged. This was vibrant and detailed music-making – trumpets fearlessly reaching stratospheric notes, but one example – and at times there was an expressionist leaning. The arrival at the summit was glorious, an aural high, and the descent took on a suspense worthy of Hitchcock, leading to a storm that can sometimes seem a weak link, but not here, a veritable avalanche of thunderous sound. And so night returns, as inevitable as this reading became, and just like the mountain had formed from shadows at the outset, so it dimmed to a gorgeous thanksgiving and further receding, with moments that suggested Strauss knew Mahler 6. One might mention contributions from Olivier Stankiewicz (oboe) and Timothy Jones (horn) and then feel regretful at not mentioning anyone else, everyone in fact; and however the organ was achieved, it sounded good. This was one of those performances that dragged the listener in and then wouldn’t let go and in which every sigh and slip (as in icy underfoot) meant something; so too the silence when the music stopped.

Earlier in the evening four Guildhall School Artists inspired in Bel Canto Songs by Bellini, Donizetti, Rossini and Verdi. We weren’t told which soprano was singing what, so happy to report that both were equally impressive and that the tenor also brought confidence and character to his task, with a fine feeling of camaraderie underlined by Florent Mourier’s accompaniments. One of the Rossini numbers found its way into Respighi’s brilliant score for La Boutique fantasque, and this short recital (which deserved more of a turnout, the LSO concert was full) ended with Rossini’s ‘Duetto buffo di due gatti’, famously recorded by Victoria de los Angeles, Elisabeth Schwarzkopf and Gerald Moore; on this occasion one of the Guildhall sopranos was cattier than the other, but I cannot say which. Miaow!