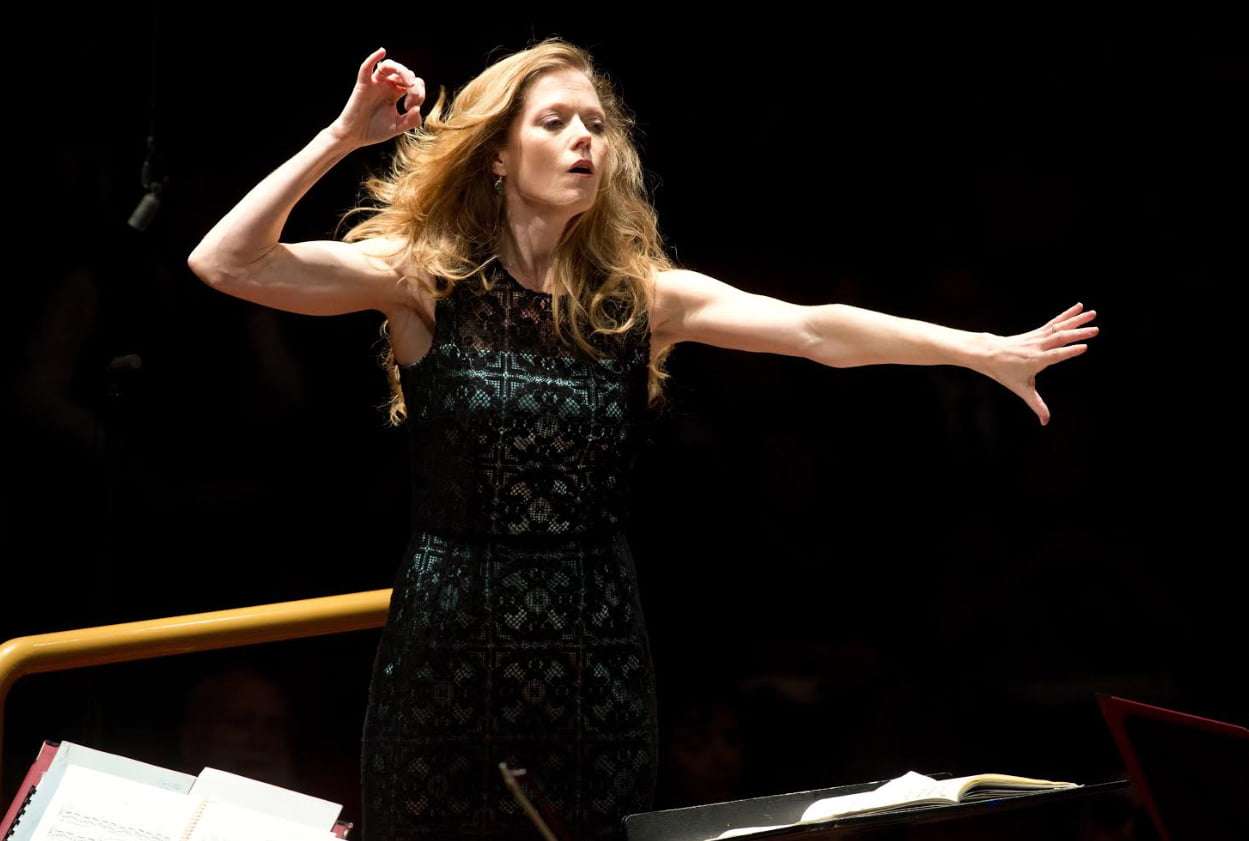 Barbara Hannigan is one of the most fearless sopranos of her generation, unsparing of herself and audiences in gripping, virtuoso performances of big, psychologically complex roles. Sometimes I’ve found her focus and commitment almost too formidable, so I wondered what she would bring to her parallel career as a conductor in her LSO programme.

Her style has plenty of sinew and fierceness, but she doesn’t impose micro-management, which suited Ligeti’s Concert romȃnesc just fine. Ligeti wrote this folk-based score in 1951 (he was twenty-eight), when it fell foul of the country’s Communist authorities and vanished for twenty years. It’s full of wild, gypsy-sounding aspects for a variety of soloists and bursting with complex dance rhythms. The big tune in the first section is a stunner, and the Presto Finale has a convulsive energy that feeds on itself. Hannigan’s command of beat and ensemble drew spectacular ensemble from the LSO – there was cascade of pizzicatos through the strings of impressive brilliance and accuracy, and the slow section’s horn solo gave a convincing illusion of an ancient past rushing up to meet the present.

And it was immensely stylish, which, strangely, the Haydn (Symphony 86 is one of the Paris commissions) wasn’t, despite Hannigan’s written appreciation in the programme of Haydn’s wit and fun. The LSO’s brightness and Hannigan’s rippling drive were there in abundance, but I missed the snap of internal dialogue that makes Haydn so irrepressible, and the broken-chord figure tiptoeing through the anarchically-named ‘Capriccio: Largo’ should both guide and subvert the music, and the pressure Hannigan put on the Minuet’s Trio was puzzling. 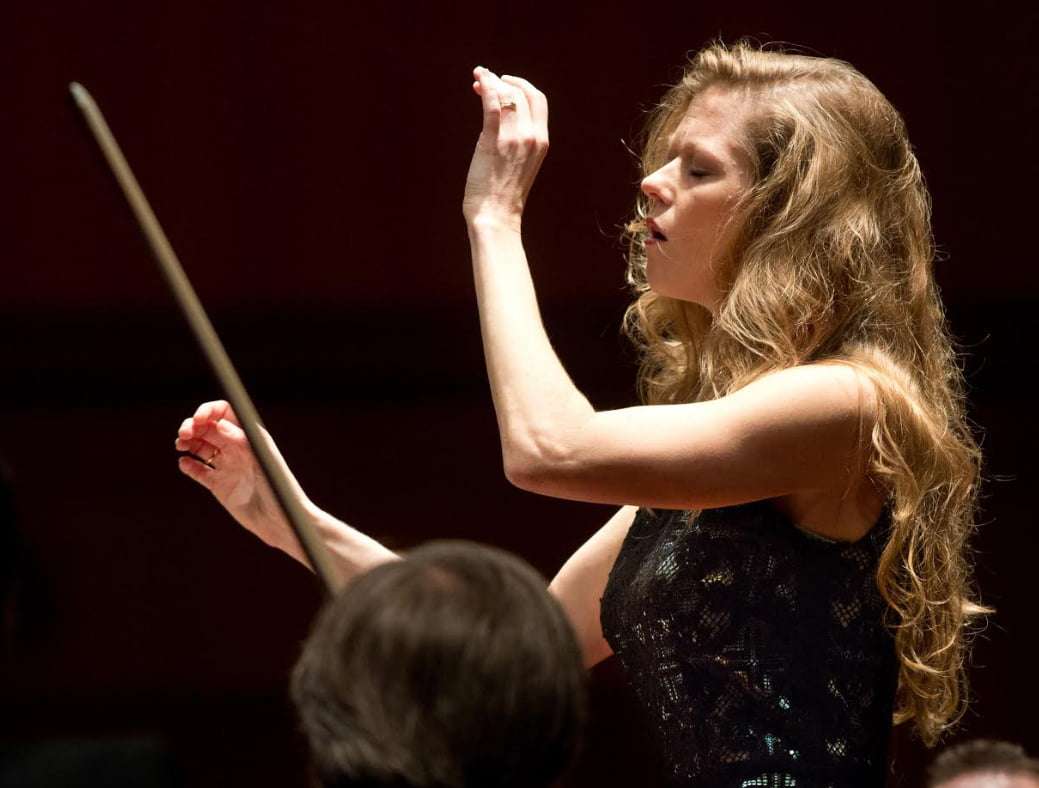 Hannigan came into her own in the Berg and Gershwin. Lulu is a signature role for Hannigan, who leaves nothing implied in her portrayal of Wedekind’s and Berg’s amoral, feral and fragile anti-heroine. The Suite is a trailer for an opera that was never finished, and includes ‘Lulu’s Song’, her credo, and from Berg’s planned ending, the dying Countess Geschwitz’s brief love-song, both having been stabbed by Jack the Ripper. The long opening ‘Rondo’ set a distinctly late-Romantic, Mahlerian tone, high on swooning tenderness supported by the LSO’s sumptuous string tone cosseting the elaborate web of solos. It sounded ultra-glamorous and Hollywood, to the extent that when Hannigan turned to us to sing – the first time I’ve been sung to by a conductor – I couldn’t help be reminded of sassy Sweet Sue and her Society Syncopaters in Some Like it Hot. It was an odd but compelling effect – Hannigan completely in charge of Lulu’s fragile but predatory defiance with arm and hand movements caught between operatic histrionics and the pragmatic demands of conducting. She faced the LSO for Geschwitz’s “Lulu! Mein Engel!”, here superbly morbid and ecstatic, terminated by the Ripper’s climactic stab.

Berg and George Gershwin met in 1928, and the link is celebrated in Bill Elliott’s brilliant and mutually flattering arrangement of three famous Gershwin songs in the Girl Crazy Suite. Hannigan, a noted orchestra surfer, was here amplified, which added to the alluring undertow of conductor-as-singer megalomania and trumpeted the Hannigan magic loud and proud. It was awesome and voluptuous, and as she pushed ‘I got rhythm’ into the stratosphere, it was clear she would take no prisoners, a plan predictably greeted with a standing ovation. What a girl!