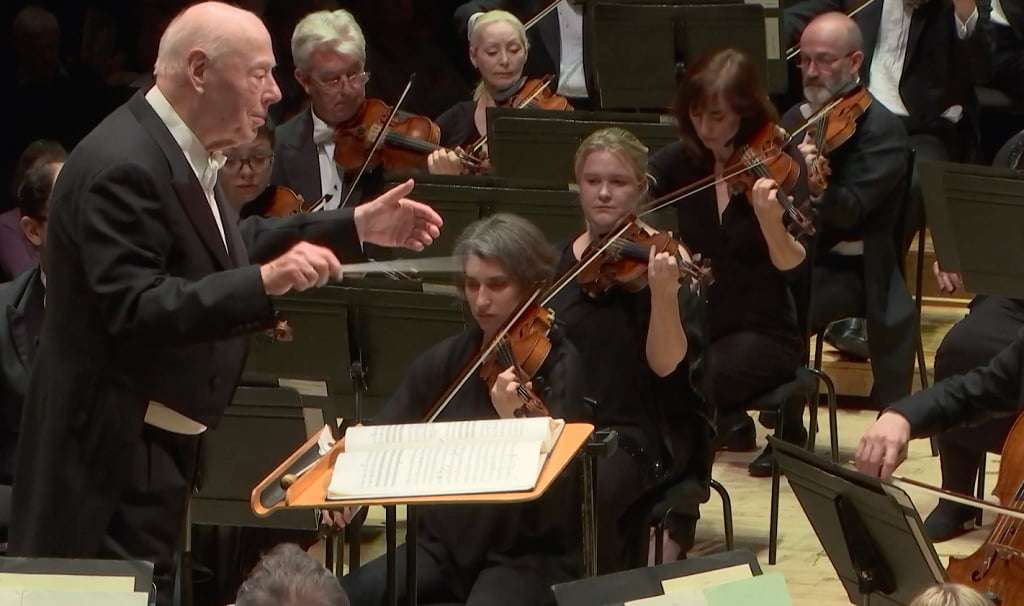 If (in Mahler’s words) a Symphony should contain the World, then Bruckner’s certainly attain that and, in their way, the greatest of Mozart’s Piano Concertos, of which K482 is one, with the wide emotional range that it charts, clinched by the unbearably poignant looking-over-the-shoulder in the last few bars which precede the final cadence.

Having reached ninety years of age a week ago, Bernard Haitink has a huge lifetime of musical experience to draw upon, but far from anything serious and ponderous, what came across most prominently in this concert were interpretations as fresh and actively engaged with the music as ever. The Concerto was treated with breadth and grandeur, but so well-paced as to exude a requisite grace and charm that sounded effortless. Antiphonal violins aided the lucid course of the music, with the LSO as lithe as a chamber orchestra.

At the piano Till Fellner was a little more insistent and emphatic, arguably foursquare, in that just a touch more humour would have told all the better, in the Finale especially, if not the more martial first movement. But the crisp clarity of his performance otherwise provided an ideal contrast with the refulgent strings and mahogany-like woodwind, all centred with poise and control by Haitink’s authority. Telling was the almost immediate lead-in to the lilting Finale, penetrating like a shaft of light into the melancholy of the Andante. The cadenzas of the outer movements (by Hummel?) were models of decorum by Fellner, the contrapuntal opening of that for the Finale particularly playing to his strengths. 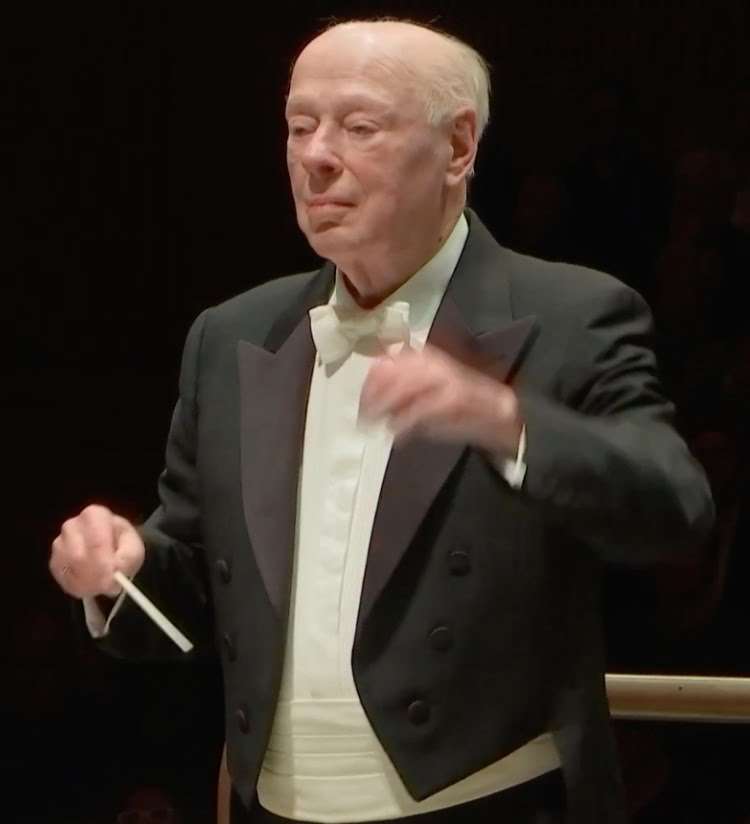 Perhaps his most approachable Symphony, given its melodiousness and suggestive programmatic content, Bruckner’s Fourth received a yet more expansive account, more so even than when Haitink conducted it with the LSO in June 2011. In lesser hands that would have been a dangerous and probably fatal strategy. But Haitink’s ability to think of the music in terms of complete paragraphs (or whole bays of arches in the “cathedrals of sound” analogy) and to join those up with patiently crafted transitions, ensured that there was a compelling, indisputable, trajectory throughout the four movements. More intriguingly, that was achieved (as in 2011, but possibly more so here) less with sheer weight of sound, but by a more tantalisingly diaphanous one, especially from strings and woodwinds, the brass held back somewhat, as though in a dream, rather than an explicit narrative played out in real time.

The strings showed how many different ways it is possible to execute a tremolandos, conjuring up mists and haze at the opening, twilight elsewhere, and resplendent light in other passages. In certain respects this was a performance like Celibidache’s in its measured deliberation and depth (‘slow’ is misleading, as that misunderstands the temporal space in which Bruckner’s unique compositional style is allowed to unfurl in the hands of such interpreters) but there was no ‘ticking clock’ in the crotchets of the ultimate coda – rather a mellow etched sequence of chords from the strings which integrated that coruscating passage within the work’s overall structure. Even those sections sometimes described a commonplace or trivial (though hardly anybody, understandably, calls Mozart’s childishly-simple melodies, as in the Concerto here, banal) were an indispensable part of the music’s argument.

A mysterious, hallowed awe was obtained in the hushed pilgrimage march of the second movement, the recurrence of each section observed with a ritualistic regularity until the shimmering climax broke forth like a revelation, presaging the magnificent climaxes of the Seventh and Eighth Symphonies. The Scherzo moved reasonably briskly, and the Trio was appropriately dance-like, providing contrast amidst the solemnity of the surrounding movements.

For all the variety along the way in this performance of close-on seventy-five minutes, it was the gripping unity forged across the Symphony’s vast span that confirmed Haitink as still the greatest interpreter of Bruckner alive.