Beethoven
Piano Concerto No.3 in C-minor, Op.37
Bruckner
Symphony No.9 in D-minor [edition by Leopold Nowak, 1951] 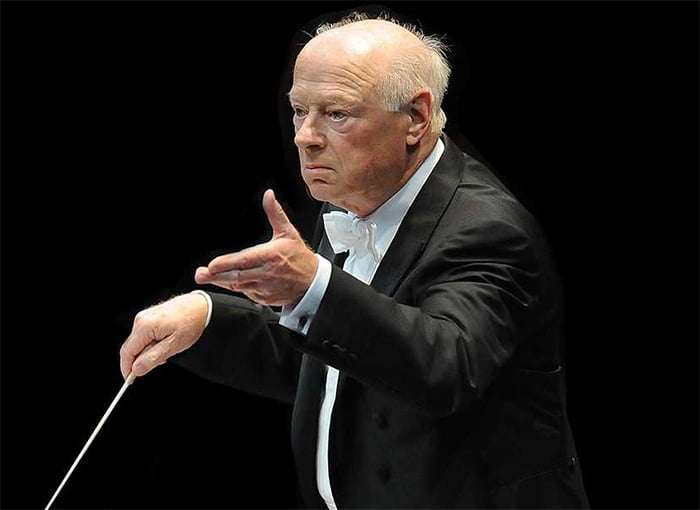 Bernard Haitink found breadth and direction at the beginning of the Beethoven, the LSO mellow-sounding yet keenly accenting, dynamic too, a rhetorical setting up for Mitsuko Uchida to respond to. She did not disappoint, offering an emotionally lively account of the solo part. She was also a model of poise, exploiting a wide range of touch and volume, and the woodwinds escorted her with illumination. It was a performance that ‘refreshed the parts’ and the cadenza (Beethoven’s) became a dramatic culmination of the first movement. Its successor, taken very broadly, a true Largo, was contemplative overall, sotto voce from Uchida at the outset if sabotaged almost immediately by some device bleeping inanely, and later some insensitive coughing proved especially disruptive, highlighting just how intimate and eloquent the reverie conjured by these musicians was. The Finale, ebullient from the outset, even somewhat giocoso, had a spring in its step yet without sacrificing the pianist’s clarity, rhythms chiselled, and Haitink found a novel articulation in the strings for a few bars. This C-minor-to-C-major Concerto ended with a flurry of joy and wit to complete a fresh and vivid, caring and sharing account.

Following the interval, Haitink conducted his third Bruckner Ninth in five days – London and Paris prior to this finely crafted rendition on return to the Barbican Centre (Paris also included the Beethoven). Although Bruckner’s orchestration is not particularly extravagant (save for four Wagner tubas in addition to the ‘normal’ horns) the LSO fielded a grand turnout of players, a platform fully populated, double basses to Haitink’s left and with antiphonal violins. In the Beethoven, Antoine Bedewi had used smaller ‘authentic’ timpani struck with suitable sticks for admirable, and sometimes hard-hit, crispness. For the Bruckner it was a standard set from which he drew pianissimo and also powerful sounds, the latter loudness never at the expense of tone and musicianship. 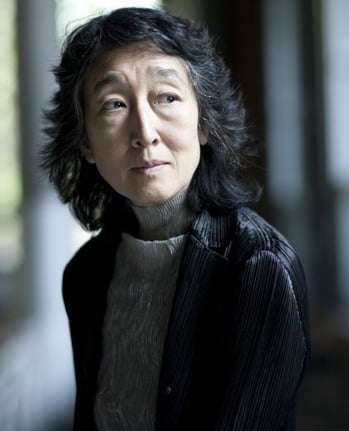 Whatever Haitink doesn’t do for the eye he does for the ear. His discriminating conducting of Bruckner 9, alive to the subtlest details and dynamics, ensured something grave if expectant from the off. This is Bruckner entering previously unexplored musical territory; gone are mountains, forests and country-dances to be replaced by eerie mystery and strangeness expressed through visionary writing. Haitink’s bigger picture was to see the three movements (Bruckner died in 1896 with the Finale incomplete, although other hands have made it performable) as embedded in symphonic logic.

The first movement flowed, intense and modulated, and mystical distances were created; and without losing any one aspect of it, the music built inexorably to a lava-flow climax, strings remaining audible under the brass tumult, the movement marching thereafter to its various ports of call, Haitink steady on the tiller until the majestic coda, the LSO resplendent and committed throughout, but two hallmarks of a great performance.

The jagged heavy-footed rhythms of the Scherzo – Bruckner the modernist – with its succession of down-bows then up-bows were contrasted with a fleet and deftly played reading of the spectral Trio, a macabre version of Mendelssohn’s music for A Midsummer Night’s Dream (it seems to me), horn particulars seized upon. Haitink’s traversal of the third movement was dignified, and if one melody is headed “farewell to life” there was no sense of indulgence or self-pity here. Celestial radiance, yes, looks-back to Wagner and anticipations of Mahler, yes, and even the suggestion that this movement is all about ‘death and transfiguration’, an agonised one for Bruckner as he grinds the music to a dissonance-capped climax, to be resolved (ecstatically) in the Finale that he was unable to complete. Haitink respected this by ensuring that such an ‘unfinished’ state was palpable in the silence that remained following the movement’s ambiguous conclusion; also that this Adagio was a little shorter (twenty-five minutes) than the opening movement … structure, overall balance.

What a shame that microphones were not present, for LSO Live would have had a winner on its hands. Bernard Haitink returns to the LSO in October for three further concerts.