Beethoven
Piano Concerto No.4 in G, Op.58
Mahler
Symphony No.4 in G 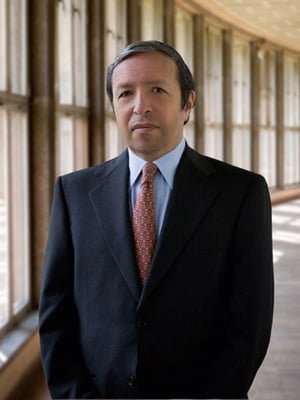 Murray Perahia used not to be one of my Beethoven touchstones. It was to do with the simple fact that he seemed not entirely comfortable with the extremes of Beethoven’s rhetoric. I still prefer him in the Concertos rather than in the Sonatas, and the Fourth Concerto suits his refinement well, although there is more humour in the music than he allows for. Perahia and Bernard Haitink, a dream team of long-standing, showed a notable, mutual ease right from the start, with Haitink completing the sense of expansion initiated by Perahia’s eloquent opening. Oddly for Perahia, there was a small fluff in an early run, but otherwise his playing had his signature quality of enabling the music, so that it almost seemed to play itself. The slow movement was a finely judged assertion of supremacy between soloist and orchestra, interestingly subverted by Perahia’s bleak, distracted playing of the music that immediately follows, as though his guard had momentarily slipped. Anchored by Haitink and the LSO’s robust accompaniment, Perahia’s performance of the finale had openness, if not exuberance.

In Mahler’s Fourth, Haitink and the LSO made me fall in love with this Symphony all over again. There is clearly a special relationship between the orchestra and the 86-year-old conductor, and the players responded to his minimalist, decisive direction with wonderful results. His long-range oversight was what counted here. The sleigh-bells and woodwind jingle that threads through the Symphony acquired a range of identity and memory, from opening a door onto enchantment in the first movement, to something more ambiguous, even malign in the Scherzo, then becoming submerged into the fabric of the Finale’s ‘Heavenly Life’. 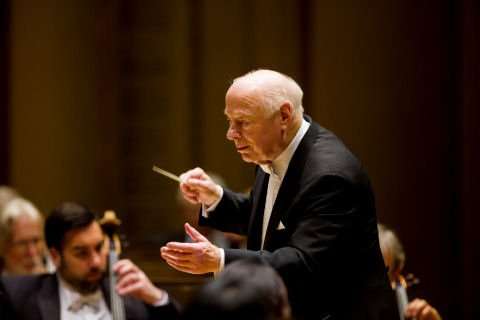 The moments in the first movement when Haitink let the tempo slacken slightly gave a hint of gathering shadows, revealing his acute awareness of the music’s poise between innocence and experience, and the climactic, brief excursion into what would become the opening of his next Symphony was brilliantly curtailed – for the time being an experience too far, perhaps? The LSO’s playing, with outstanding work from the horns, was affectionate and full of character, taken to spirited extremes in the Scherzo, with a particularly astringent, whining solo from Roman Simovic on his specially tuned violin. The strings came into their own in the slow movement, creating an initial warmth and security undermined by Haitink’s sure sense of the moments of crisis, all doubt blown away by his direction of the blaze of light that heralds the clear air of the Finale. Anna Lucia Richter’s light, lyrical soprano produced the perfect sound for the angel’s voice, without a hint of mannerism and brought this wise and fresh account to a satisfying close.