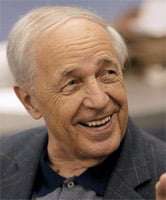 At the age of 83, Pierre Boulez’s powers are undiminished and here he received the warmest of welcomes from a virtually full Barbican Hall (three years away from the London Symphony Orchestra is too long!). He found the LSO at its most responsive and dedicated.

The programme was a Boulez classic, the Bartók occupying part one of the concert – thus pragmatically using the interval to effect the lengthy platform change. In its original guise, Bartók’s Sonata for Two Pianos and Percussion (1937) is a striking work; put an orchestra around the ‘quartet’ – as Bartók did in 1940, mostly for pecuniary reasons, when he arrived in America – and it’s difficult to appreciate just what the addition achieves, for the very specific timbres of the original are diluted, occluded even. Even in a top-class performance – which this undoubtedly was – the orchestra seems no more than an add-on, if sometimes ear-catching (particularly the use of the celesta). 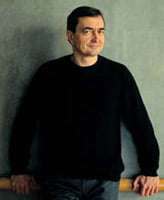 The original piano-soloists for this concert were Hélène Grimaud and Lang Lang, both, like Boulez, Deutsche Grammophon artists (and here excused for “scheduling difficulties”); as Pierre-Laurent Aimard is also now on DG’s books one assumes that a recording is being made in tandem with the concert. Tamara Stefanovich, an Aimard pupil and now a regular collaborator with him, was every bit as poised and scintillating as her mentor with Neil Percy and Nigel Thomas (both from the LSO) adding much that was precisely and finely gauged. The first movement emerged as unusually taut, the second in its agitated processional harked back to the corresponding movement of Piano Concerto No.1 and the finale was delivered with zest and wit.

Opening the concert’s second half was Schoenberg’s Five Orchestral Pieces, presumably played in the original scoring (the orchestra was big enough!), and given a quite superlative performance, one that removed the stress of playing it to reveal the music that Schoenberg composed. Less angst-ridden than can be the case in some accounts, Boulez concentrated on clarifying melody and colour, miraculously so in ‘Vergangenes’ and ‘Farben’, bringing to both a mesmerising control of line and (subtly changing) sound. Similarly in Stravinsky’s Song of the Nightingale (arising out of his opera “Le Rossignol”, which straddled The Firebird, Petrushka and The Rite of Spring, with echoes of each), Boulez sought something indivisible and precise without sacrificing glitter; indeed this was an electrifying and rich performance graced with superb solos from flute, trumpet and violin.

Sadly we were deprived of Boulez’s latest Notation (the sixth of the expansions of his 12 piano pieces from 1945, an on-going project for the Chicago Symphony Orchestra). This was the largest orchestra of the night (huge!) and, for Boulez, the biggest scores – each Notation overlapping his music stand! Yet for all the required musicians (including three harps and a 9-person percussion section), Boulez’s fastidious scoring (no matter how dense) is always lucid and makes perfect sense. Whether ritualistic or pulsating, this is music that easily withstands the numerous performances London has heard over the years; fascinating pieces, short but bejewelled with detail, and however complex – Notations II (‘Très vif – Strident’) seems particularly so – the layers of sound were wonderfully transparent here, enough to detect the occasional slippage of ensemble in II, snapped back into place when this ‘showpiece’ was offered as an encore (“we’ll play the last piece again – it’s the shortest!”). A great concert!

Throughout the evening, the LSO had declined the use of risers, that is all the musicians were on the same platform level, winds, brass and percussion not towering above the strings. Allowing that Boulez’s acute ear would have arranged judicious balances anyway, and whether the lack of risers was at his request or part of an LSO ‘experiment’, it worked a treat and added depth (and, in my experience, was a first for the LSO to be positioned in this way), and should certainly be considered for future concerts.