Sir Colin Davis celebrated his 80th-birthday on 25 September and this concert was amongst the commemorations surrounding his now venerable age (belied by his appearance). 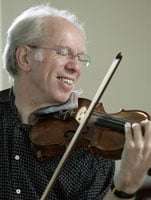 Elgarians of the old school will no doubt have come away from this performance of the Violin Concerto in a somewhat disappointed frame of mind. Although playing from the music, Gidon Kremer did not give us every note Elgar wrote, and the soloist’s approach appeared at times somewhat deferential – as though he took his lead from Colin Davis, whose accompaniment – as well as the playing of the London Symphony Orchestra – was exemplary.

It is doubtless true that the conductor on this occasion knew more about the work than the soloist, and there were elements in Kremer’s playing that did not probe very deeply beneath the surface of the music. On the other hand, much of what Kremer did was of a very high standard, and Elgarians of the younger generation should be thrilled that after many decades this outstanding masterpiece is taking its rightful place amongst the greatest of all such works. In relatively recent years, it has been heartening to see many of leading international violinists take up Elgar’s Concerto. That Gidon Kremer has joined the band is a heartening development.

In this regard, Kremer’s ‘non-traditional-English’ approach paid dividends. His command of the largest structures was admirable, achieving a cohesion that is not invariably met with. Of course, Sir Colin’s vastly experienced hand could be discerned in this performance, following – at times leading – his soloist like a cat; one looks forward to Kremer playing this work in the future, when his approach will have deepened – it should be a wonderful experience. 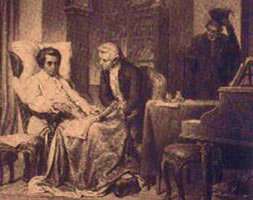 Mozart’s “Requiem” was the ‘traditional’ Süssmayr completion, and although in recent times much scholarship surrounding Mozart’s extant sketches for the work have brought forth several perhaps more ‘authentic’ versions, if well performed, Süssmayr’s contemporaneous completion will continue to suit very many people – including Colin Davis.

This was a performance of considerable stature. The orchestral playing, ably led by Gordan Nikolitch, was first-class; the solo singing was equally fine, and the London Symphony Chorus was in magnificent form – intonation, corporate attack and response to Sir Colin’s subtleties were truly exceptional – but over and above all of these inestimable attributes was the sheer musical authority, love and care which this great conductor brought to the music, at times momentarily making us forget that not all of it is by Mozart.