The first of the LSO’s 3-concert series in New York featured music by Mozart; for the second Sir Colin Davis opted for Beethoven. Both composers were in their thirties when they conceived most of the works on these two programs, and the piano concertos (Mozart’s being the one in B flat, K595) were written 15 years apart. There are similarities – they both represent the composers’ most lyrical effort in this genre; they are compositionally much more advanced than their respective predecessors; and they are written in the traditional three-movement format with a Rondo finale. However, it is also quite astounding how much further Beethoven had ‘pushed the envelope’ in those few years. For instance, instead of the customary orchestral Allegro, the piece begins with a ruminative passage by the soloist; the orchestra then enters not in the main key of G, but in B, which must have been quite shocking at the premiere. 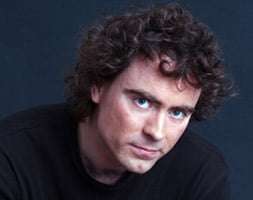 A pianist who concentrates on the Classical repertoire, Paul Lewis seemed to be the ideal artist for such a ‘revolutionary’ piece. He is an impeccable technician, and he obviously has invested a great deal of thought in his interpretation. There were many beautiful nuances, a very lyrical, if somewhat understated, approach overall, and the finale was appropriately spirited. However, at times, the underlying intellectual process became more obvious than it should be, especially in the slow movement. Here, in another bold move, Beethoven juxtaposes heavy, almost violent outbursts by the orchestra with sublime ‘answers’ by the piano. By inserting extra long pauses between those two elements Lewis completely destroyed the flow and very much lessened, rather than heightened, the dramatic impact of this passage. Beethoven doesn’t need this kind of editing. While for the Mozart program Davis had opted for antiphonal violins, for this Beethoven concert he reverted to the two groups being together. Thus the interplay between the pianist and the solo cello in the finale unfortunately had to take place across the length of a 9-foot Steinway, but Timothy Hugh did a fine job regardless.

The lack of divided violins was even more lamentable in the ‘Eroica’, where there is so much contrapuntal interplay between the two sections. However, in a performance as absorbing and powerful as this one, it soon became a minor issue. From the resonant opening chords, this was as full-blooded a statement of the piece as one could wish for. It had a driving energy and sweep, perfectly balanced by exquisite detail. The expansive first movement didn’t seem long at all – even with the exposition repeat taken – since Davis never lost track of structure and an overall line. He managed to do this in the ‘Funeral March’ as well, even while choosing a rather traditional tempo, statelier than the ‘historically informed’ performances we often hear now. The sotto voce of the strings’ opening wasn’t quite there, it was just a tad too loud, too present; however, oboist Emanuel Abbühl came to the rescue with his very funereal, darkly colored solo.

The scherzo was appropriately bouncy, but never too light, always reminiscent of country-dances and hunting-scenes, which the three horns in the trio brilliantly brought to life. Starting as intimate chamber music, the last movement unfolded perfectly naturally, flowing like a river, taking a turn here, dancing there, lingering for a while, and finally launching into the glorious conclusion.

While this was an exciting performance from the very start, both orchestra and conductor seemed to get even more involved as it progressed, and their joy of making music together was palpable. The interplay between conductor and players was remarkable, Davis’s every, even slight, gesture immediate audible. The ensuing standing ovation was well deserved, and the cacophonous din of bravos during several curtain calls had all the performers beaming and basking in the glow of their accomplishment.