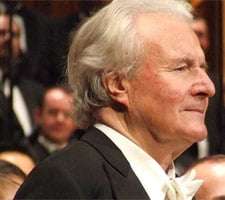 The London Symphony Orchestra’s final concerts of the season are a pair of same-programme Sibelius evenings conducted by Sir Colin Davis – six months late to commemorate the 50th-anniversary of the composer’s death, maybe, but a worthwhile event all the same.

Not least as it began with as gripping an account of The Oceanides (1914) as could be imagined: Davis setting a steady but flexible tempo in which the alternation between its whimsical and sensuous main themes was played out against a background of accumulating intensity, with the climax’s double-arc of harmonic tension – powerfully underpinned by two sets of timpani – magisterially delivered. Davis the Sibelius interpreter has done nothing finer.

If the Violin Concerto that followed was at all a disappointment, this was not through lack of forethought. With his incisive and keenly projected tone (albeit a touch wearing in the upper register), Nikolaj Znaider has just the right sound for this most fervent of Sibelius’s major works – and this was a large-scale reading in all senses. Yet cohesion in the first movement, in particular, was at a premium when seemingly every phrase was ‘leaned’ on for its maximum expressive impact – necessitating the drawing-out of each formal paragraph and thus the distending of the whole. That Davis – a concerto accompanist second to none – was at one with this approach meant such as the transition to the second theme in the reprise were not without bathos, 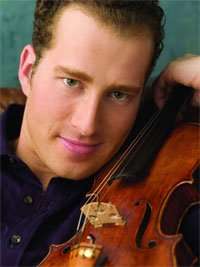 while the emotional rhetoric of the slow movement hardly needed the degree of emphasis it received here before it became overkill. Trenchant and impetuous, the finale was cut from the same cloth; technically immaculate, Znaider brought the house down at the close, but need it have been this over-wrought for the music to make its point?

Understatement is crucial to the overall impression left by the Fourth Symphony (1911) – a work in which Davis has long excelled, as was the case here. Interestingly, most performances lose focus after the first two movements, whereas here it was the first movement that brought the only (relative) disappointment. The opening movement was initially a little subdued in manner, while the central development did not build quite the momentum necessary for the climactic arrival of the reprise (one of several astounding tonal elisions in this work) to catch the breath as it ideally should. Perhaps more could have been made of the scherzo’s ironic ambiguities, though Davis’s marshalling of the restless energy during its later stages was such that there was no lack of ominous intensity.

There was precious little to fault in the remaining two movements: the Largo’s hesitant gathering of motivic fragments towards the melodic outpouring of its climax was an object lesson in symphonic logic, while the finale (despite not following on attacca) was finely realised and superbly controlled on the way to its final implosion and a tonal dislocation that paradoxically reinforces the ‘inescapable’ home key the more conclusively. As regards the ‘glocken’ uncertainty – that is, glockenspiel verses tubular bells – Davis had both instruments in unison, which had the effect of a metaphysical Nordic doorbell that yet rang out impressively towards the close.

Whatever else, the above detail was of passing if undeniable interest in a performance that may well prove the highlight of Davis’s latest recorded cycle on LSO Live. Moreover, this season – which has also witnessed performances of the Fourth by Osmo Vänskä and (in Birmingham) Sakari Oramo – has amply confirmed that, almost a century after its premiere, Sibelius Four is indubitably a symphony for the present.