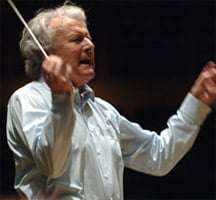 Being the President now rather than Principal Conductor of the London Symphony Orchestra has hardly lessened Sir Colin Davis’s appearances it. His first concert of the 2008/9 season began with an account of the ‘Prague’ Symphony that evinced the relaxed (never indulgent) affection that Davis brings to Mozart these days. A complete absence of repeats (not least those in the finale, whose second half benefits from being so extended) made for a relatively short performance, but the cumulative impact of the first movement development and coda, the intermingling of pathos and anxiety in the Andante, and the incisive wit brought to the finale ensured there was no expressive short measure. ‘Old-fashioned’ Mozart as regards the letter, perhaps, though certainly not in spirit.

Quite how this piece connected with the rest of the programme is hard to guess, but the ‘Prague’ was a favourite of Elgar – whose “Sea Pictures” duly followed. It is worth remembering that when this first appeared in 1899, the orchestral song-cycle was a relatively recent genre; one in which Elgar secures continuity not merely through subject-matter but also by thematic interconnections between songs. A facet deftly underlined by Davis and abetted by forceful, if not ideally subtle playing from the LSO in a work where it partnered Janet Baker in what, 43 years on, remains the benchmark recording conducted by Barbirolli. 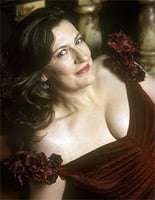 Suffice to say that Sarah Connolly was more than equal to the challenge – her sustained plangency in ‘Sea Slumber Song’ complemented by her whimsical musing in ‘In Haven’, before the loftier sentiment of ‘Sabbath Morning at Sea’ was rendered without bathos. Nor was the halting ambivalence of ‘Where Corals Lie’ underplayed, and if the more extreme mood swings of ‘The Swimmer’ lacked a degree of cohesion, the sense of subject and music striving towards an affirmative outcome was powerfully in evidence. Her lower register uncommonly well defined but without a trace of contralto ‘plumminess’, Connolly’s mezzo is no less suited to this work than to Ravel’s “Shéhérazade”, and her fine account of that piece at this year’s Proms was at the very least equalled by her performance here. 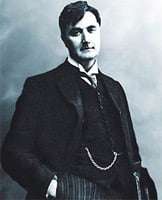 Although he conducted fine performances of the Sixth Symphony with the Philharmonia Orchestra two decades ago (and more recently with youth orchestras), Davis has never advocated Vaughan Williams to the extent that he has Elgar – though audiences in New York earlier this year must have been electrified by his account of the Fourth Symphony, and it is fitting that Davis has now brought the work to London.

For anyone short-changed by Yan-Pascal Tortelier’s Proms account, this was the real thing: in particular, the pent-up vehemence of the first movement has rarely been so powerfully sustained – through to a coda whose rapt introspection then felt the more cathartic, with the simmering emotional unease as well as the contrapuntal dexterity of the slow movement the more so when rendered with this near-mesmeric consistency of tempo.

With its tendency to bluff vigour the scherzo can admit a degree of relaxation, but not here – Davis mindful to keep the music’s astringent humour on a knife-edge, not least the portentous irony of the trio section, before securing a breathless intensity through the transition to the finale. Its march-like gait not so much ‘swung’ as keenly inflected (rhythmic agility being a key to the success of this performance as a whole), this latter movement found the LSO at its thunderous best; Davis sparing nothing in the insistence with which the uncompromising outcome was rammed home. Nor was there any falling-off of tension as the epilogue unfolded, Davis eschewing false rhetoric in the closing bars for a headlong finish where the final chord is confirmed among the most timely of musical expletives.

Premonition of war or outpouring of sexual frustration: Vaughan Williams’s Fourth has come in for its share of ‘meanings’, but such considerations count for little in the face of its unremitting and exhilarating musical logic.