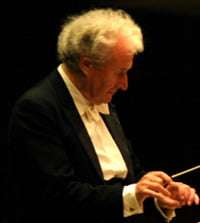 As part of the celebrations marking Sir Colin Davis’s 80th-birthday – and, indeed, the LSO’s “Belief” series – this performance of Haydn’s great oratorio will surely prove to be a highlight.

This was a reading that was completely faithful to the spirit of the composer’s inspiration – even if those in search of so-called ‘authentic’ practice would have looked in vain. Here was a big-scale conception – one might almost use the term ‘Romantic’ – which, nevertheless, served the music with undeniable fidelity and realised it with warmth and generosity of spirit.

The opening ‘Representation of Chaos’ was remarkable for its spacious tempo – though unquestionably loyal to the ‘Largo’ marking given in the score – in which the sheer strangeness of Haydn’s conception was laid bare. The forward-looking nature of the harmony was rendered with astonishing clarity, anticipating Davis’s beloved Berlioz, or the more anguished passages from Wagner’s “Parsifal”.

But with the advent of the narrative of Creation – especially those evoked chorally – Davis was not found wanting in propulsion, energy or sheer good humour, allied to a sense of exultation. The excellence of the London Symphony Chorus cannot be too highly emphasised. Entries were secure; there was power and vigour aplenty and – most importantly – impeccable delivery of the German text. The music sounded fresh and vital – as it is, of course, in essence. 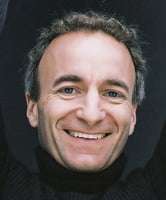 Dietrich Henschel began the tale – not with ideal security of intonation – and though his voice was more comfortable in the upper reaches of a part that is designated for a bass voice, his empathy and communicative skills were well displayed. His dramatic announcements of the elements and animalia of various kinds were matched by apt orchestral illustration that were never exaggerated, but made their points judiciously and colourfully. Throughout, one noticed the sensitivity of response of the orchestral sections, whether cooing woodwind solos or the elemental power of timpani and trombones.

Ian Bostridge was his customarily sensitive self in the projection of text – be it vivid or reflective. His contribution was significantly more than that of the oft-found ‘oratorio tenor’ in this work; he demonstrated a Lieder-singer’s care for words and their enunciation. If he was less convincing in ensemble, this was a small price to pay for his vividness in the recitatives.

Sally Matthews’s radiant soprano was a consistent joy – she soared above the chorus towards an ecstatic top ‘C’ on her first appearance and, elsewhere, relished Haydn’s lyrical writing when invoking the ornithological beings alluded to in the text. Perhaps one or two of her decorated passages were arguably too elaborate or protracted and, ideally, more dynamic variety would have been welcome, but her engaging delivery was compensation in itself. Her duet with Henschel’s Adam in Part Three was particularly compelling, as this is a section that can seem unduly protracted. Not so here, aided by sensitive singing and an apposite choice of tempo.

Above all, it was Davis’s patrician and affectionate presiding over the proceedings which makes one hope that the consequent “LSO Live” recording will be one to cherish. Certainly this concert performance was unquestionably a memorable occasion.