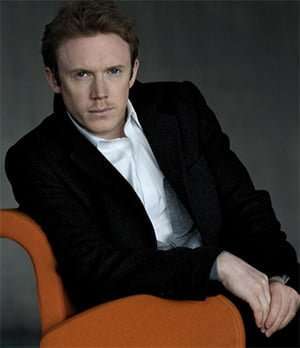 The juxtaposition of these two works represented a thoughtful piece of programme planning – the outgoing, carefree creation of a youth of 19 with all his life apparently before him, followed by the dark, lonely outpourings of a man only in middle age, but threatened by a heart condition that he knew would cause his premature death.

When Daniel Harding strode on at the beginning of the concert and shook hands not with the LSO’s leader, but its principal flute, he must have forgotten for a moment that he had arranged for his wind players – flute, two bassoons and two oboes – to be grouped in a semicircle before him, in front of the antiphonal violin sections, each manned by just ten players. The arrangement looked bizarre, but the obvious intent of bringing out the many solo wind passages in Schubert’s symphony was successfully realised. The performance was sheer delight. If the first movement was taken a little faster than traditionalists might expect, it was light and airy, beautifully poised, and gently phrased with the utmost affection. In less skilled hands the longish slow movement can sometimes outstay its welcome, but not here, since under Harding’s eloquent direction it floated elegantly and charmingly by. A rhythmically buoyant Minuet, with the Trio section convincingly taken at the same tempo, was succeeded by a deliciously pointed finale. There was no self-conscious ‘interpretation’ in Harding’s performance: warmth and direct expression were at its core. 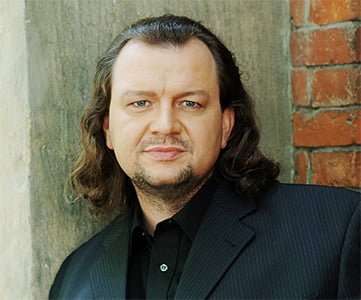 Such qualities might seem inappropriate for Mahler’s huge-scale song-cycle Symphony, but they were again in evidence. Once more, Harding seemed not to impose himself on the music, letting it speak for itself, though it is a tribute to his mastery of the score and his practical skills that such an effect was apparent. The LSO’s wind section in particular played with extraordinary, sometimes seemingly otherworldly artistry, but the orchestra as a whole responded to the shifting sonorities of the score with a consistent virtuosity that was always in evidence but didn’t draw attention to itself. In this way Mahler’s music and his spirit was expressed more effectively than in some more overtly emotional accounts.

Burkhard Fritz’s three contributions were very satisfying. His robust tenor rode well over the orchestral forces, he sang with impeccable accuracy and he responded whole-heartedly to the moods of Hans Bethge’s poems. Christianne Stotijn seemed less assured in ‘Der Einsame im Herbst’ and ‘Von der Schönheit’. In the face of these songs’ sometimes heavy orchestration her tone in the upper register became a little shrill, and her quickish vibrato added to a sense of strain. Nor was her intonation always secure. But in the final setting, the long ‘Der Abschied’, with its generally lighter scoring, her presence became more compelling, and she produced some lovely sounds in the middle register. It wasn’t an interpretation to match Kathleen Ferrier or Janet Baker, but she certainly didn’t let the side down.

At the conclusion of the performance Harding modestly stood in the background and applauded the two soloists. But he had been the guiding light and the hero of the evening.