Ravel
Rapsodie espagnole
Boléro
L’Heure espagnole – Comédie Musicale in one Act to a libretto by Franc-Nohain (Maurice Legrand) after his play of the same name [concert performance; sung in French, with English surtitles]

I’ve been lucky enough to be on the receiving end of some outstanding music-making from the LSO, but this Ravel evening was in a league of its own, playing to any number of strengths. 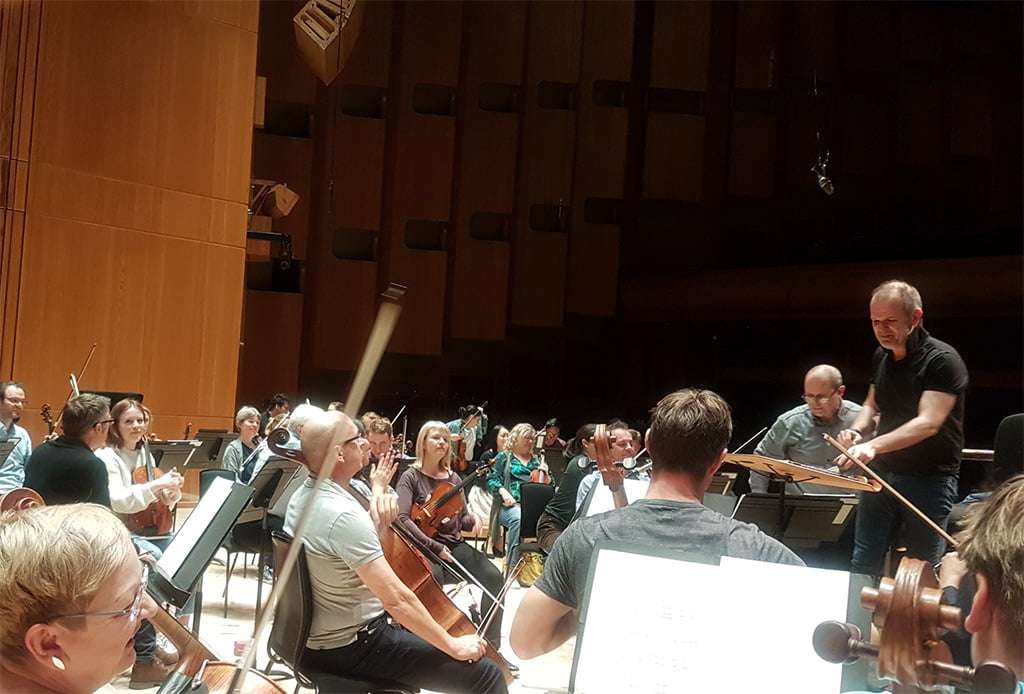 Ravel’s music has often been damned with faint praise for its meticulous precision and for the composer’s prodigious ability to realise what he heard in his imagination. François-Xavier Roth met Ravel halfway with a finesse of listening and technical connectivity that left the players ample room to let the music breathe as an organism. From the start, Roth introduced us to a level of craftsmanship and flattering instrumental challenges completely at the service of an expressive grace that breathes the same air as Bach or Mozart or Fauré. You couldn’t take your ears off what the LSO was doing, slipping beneath the music’s multi-faceted surface into its restrained romanticism, affection and a Gallic suggestiveness that gives the rare moments of cataclysm or dazzling virtuosity – as, say, in La valse or Gaspard de la nuit – their indelible impact.

Roth and the LSO stirred up a kaleidoscope of associations in Rapsodie espagnole, Ravel’s adroit annexation of exotic Spanish idiom to a cooler French sensibility. The nocturnal opening’s drift of long shadows and distended time grew naturally out of Roth’s sleight of hand that bent the stealthy tread of the obsessive descending notes back into the designated triple time, while the clarinets and bassoons gave a semblance of activity in their liquid cadenzas. Throughout, personable ontributions were ideally tuned to atmosphere, and Roth’s decisive flicks of baton-free direction were enough to release superbly engineered washes of sound that evaporated into sparkling clarity. Then, in Boléro, Roth and the side drum kept the tempo and rhythm going with metronomic accuracy, so that the crescendo’s growth through steadily more convulsive events – increasingly assertive solos, the transference of pizzicatos to more solid timpani, the weight of all the string-players finally playing with bows, wilder and wilder shadings and swoops – all worked with thrilling inevitability.

Productions of L’Heure espagnole not surprisingly go to town with time imagery that is so brilliantly seeded into the music that you wonder whether a concert performance – five singers clustered round the conductor – can do this gem justice. With Roth, a well-chosen cast and Ravel’s meticulously plotted score, there was no problem bringing Concepción’s frustrations to life as she juggles two hopeless lovers, an inarticulate if strapping muleteer, and much moving of grandfather clocks in and out of her bedroom while her clockmaker husband is out for the hour. When staged, the singers defer to a parlando style that works with the action. Here, though, the cast was right to go for a slightly more lyrical idiom, and it didn’t deflate the farce element or get in the way of the saucy surtitles. 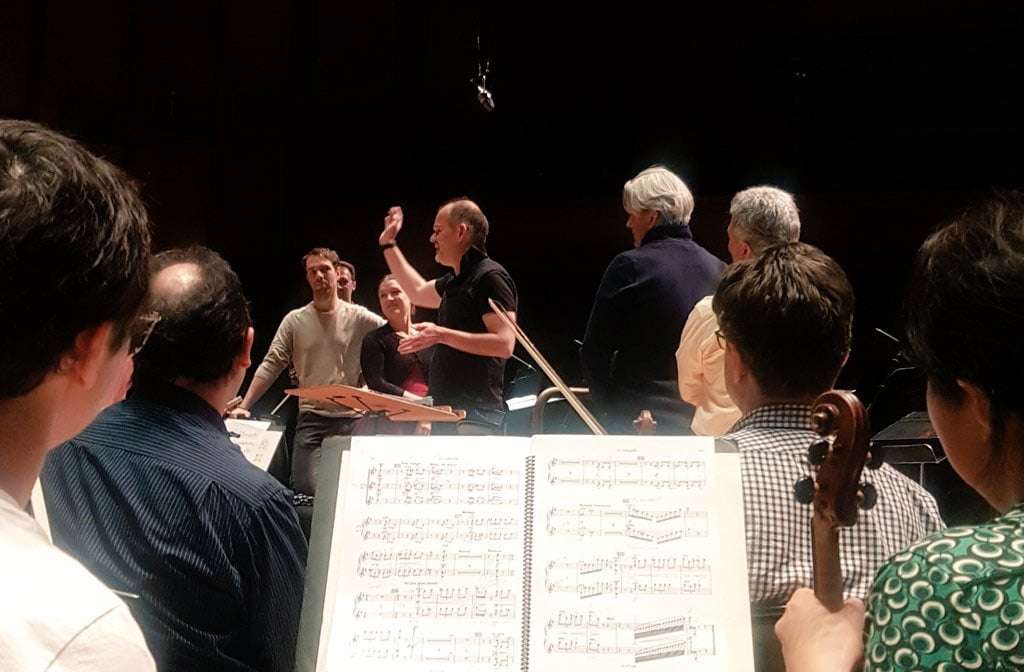 As impatient, ever-pragmatic Concepción, Isabelle Drouet conflated Carmen and Boadicea in great style, and her dawning awareness of young Ramiro’s assets, relative silence and availability was a well-judged pleasure. As clock-lifting Ramiro, willowy Thomas Dolié was endowed with charm and a sexy seductive baritone and he neatly took the lead when he finally twigged that the Señora is really rather charmante, and he made Ramiro’s brief soliloquies suddenly touching. Nicholas Cavallier entirely got the point of the elderly banker Don Inigo Gomez’s amorous self-importance, and Edgaras Montvidas, singing gloriously, put his heavenly tenor and aptitude for broad comedy at the disposal of the preposterously gushing poet Gonsalve. As Concepción’s husband Torquemada, Jean-Paul Fouchécourt engagingly made clear why his wife seeks distraction. It was difficult to hear where all the elaborately scored tick-tocks, chimes and bongs were coming from, but Roth encouraged the LSO to go for the music’s mischief and sly asides, which it did with infectious panache and chamber-like fluency. There were some wonderful sounds, not least from the contrabass sarrusophone, its treacle-like darkness leaked by an uncredited player, and a rogue mobile phone almost, briefly, fitted in.