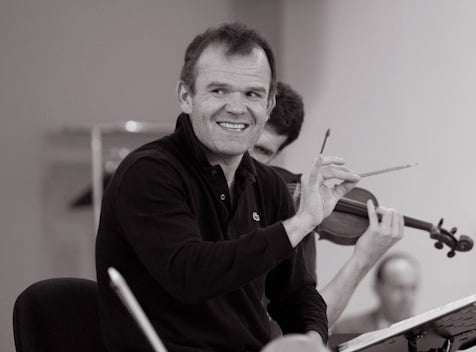 François-Xavier Roth takes up his post as the LSO’s Principal Guest Conductor this September, the same time that Simon Rattle starts as Music Director. I only mention that because of the impact Rattle and the CBSO made on me at a Prom many years ago in Debussy’s Jeux, when everything in this masterpiece of tonal, scoring and sensual evasiveness fell into place.

Roth’s conducting, a very contemporary-music-style blend of efficiency, craft and micro-management, enabled some superbly suggestive playing from the LSO at its atmospheric best, performing with quartet-like intimacy charting the work’s progress from elusive desire towards explicit urgency and with a brilliantly conceived short-sharp-shock back to reality at the end. Jeux is one of those ballet scores better known – and almost always better played – in the concert hall, but Roth’s approach, a shapely exercise in objective, baton-less analysis, took it some way from its dance origin. 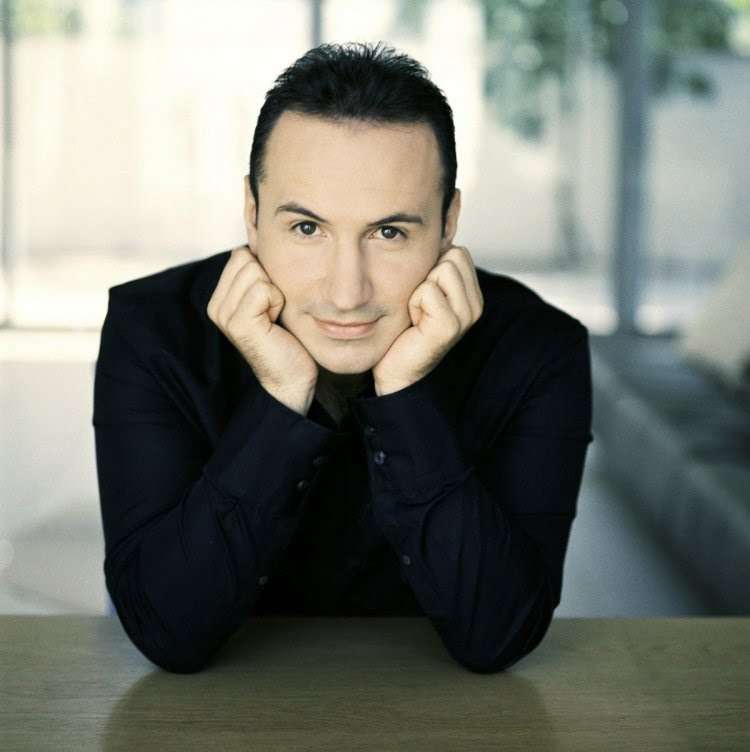 Simon Trpčeski was having none of that with his thrilling performance of Bartók. There was a palpable rapport between him and the LSO’s leader Carmine Lauri that spread through the ensemble like a virus, and Roth’s keen-eared appraisal of balance and detail served Bartók’s defined orchestration brilliantly. During the interval, there were some raised eyebrows at the way Trpčeski had picked out the piano’s opening gambit – very different from the Ashkenazy recording I grew up with – but it was all of a piece with the wit and, bearing in mind this was to be Bartók’s last completed work (save the final few measures), the sheer joie de vivre with which Trpčeski saturated the first movement. Everything sounded right, particularly his cheeky delivery of Bartók’s sly send-up of romantic-concerto conventions, along with the conversational quality through a finely managed relationship between pianist and orchestra. Trpčeski sustained that level of engagement in the Adagio religioso, in which the atmosphere reverted to the shadowy impressions of Jeux but animated by his unerring imagination and by the uncanny way he inhabits the music, and anyone craving the visceral muscularity of his virtuosity would have been well-satisfied by the glittering Finale. What a great and singular artist Trpčeski is, confirmed by his dashing encore-duet with Lauri, a Dancing Fantasy (Petrovski/Imeri) that fulfilled the brief of its title.

This was the penultimate concert in Roth’s After Romanticism series, and Mahler’s First Symphony sets up what 20th-century music had moved away from. The Barbican’s close acoustic flattered the wall of sound of the mystical-nature introduction, with the LSO, off-stage trumpets and all, on top cinematic form. Roth brought out the Hansel and Gretel-style charm of the Wayfarer songs most beautifully, but then didn’t quite get the Breugelesque heaviness of the Ländler Scherzo. Perhaps in his desire not to get in the way of Mahler’s tug between innocence and experience, Roth didn’t dwell on the way the return of the slow movement’s funeral march after the middle section is now an altered state – the innocence/experience dichotomy for me is the essence of Mahler, as fully formed in this Symphony as in the Tenth – but Roth’s overview of the Finale was masterly in its pace and sense of danger, articulated with considerable fire by the LSO. Although I still find Roth a rather inscrutable musical personality, there was no doubting the ambition and authority of this Mahler 1.