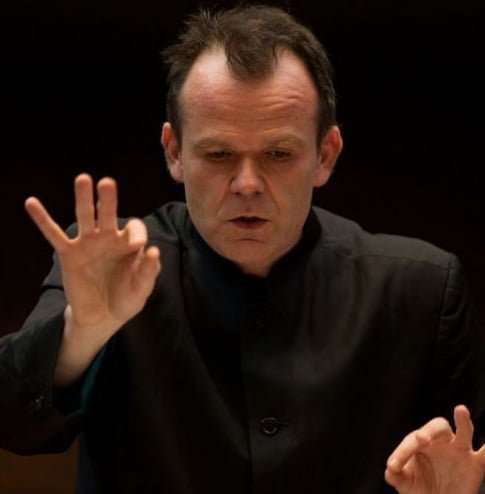 “After Romanticism” says the concert title, and one might wonder what does ‘after’ mean in the mind of François-Xavier Roth, whose idea it was. All three works here, and their composers, demonstrably embraced the principles of Romanticism – which in many respects is still with us. Although certain creators tended to reject the tenets of the Romantic era – in the United Kingdom, Vaughan Williams and Holst, in the United States, Copland and Gershwin, elsewhere Hindemith, Sibelius, Nielsen, Satie and Ravel, for examples – many of their contemporaries were content to follow a line which had begun in art music around 1820, Europe then finally free of Napoleonic domination and embracing individual artistic expression.

Although Webern and Berg were the two major composers who were disciples of Schoenberg, the latter’s heady Romanticism was not a break with the past, as is so often claimed, but a continuation of it. As such he would hardly have failed to imbue his followers with the same creative ethos, although both his expressed their individuality in very different ways.

Webern’s Im Sommerwind dates from 1904, when he was 21. Although scored for a large orchestra, its sectionalised construction points to the more aphoristic expression of his later works, exemplified by the Six Pieces for Orchestra (Opus 6). That is about all one can say in terms of character, for Im Sommerwind is no more than a good effort by a gifted student and orchestrated in the approved Straussian manner, but deeply unoriginal. There is absolutely nothing to justify it being put forward as an example of how music “at the end of the 19th and beginning of the 20th centuries progressively and radically changed to reflect ongoing developments in society” – Roth’s raison d’être for the “After Romanticism” tag. 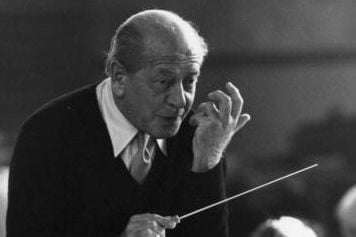 Eugene Ormandy, who conducted the very belated premiere, with the Philadelphia Orchestra in 1962, told me that Im Sommerwind is a second-rate piece. He was right. Its most remarkable feature demonstrates Webern’s inability to come up with either a memorable phrase or to change key – the work may not be stuck fast in D-major, but it barely leaves it for very long. The Barbican performance was excellent, but this was a waste of the LSO’s time.

Alban Berg’s Violin Concerto is quite another matter, although it continues the late-Romantic ethos – perhaps when it was written (1935) of a fast-fading Romanticism. The juxtaposition of these works demonstrated that both composers owed as much to Mahler as to Schoenberg.

It may be argued that the background to Berg’s Violin Concerto reflects those faded 19th-century works based on Catholic saints, which so angered George Bernard Shaw – the emotional blackmail of a work entitled The Last Sleep of the Virgin defied criticism, he felt – but the inspiration in Berg’s case was genuine, the death of eighteen-year-old Manon Gropius. One cannot agree with those who claim that the late-on introduction of ‘Es ist genug’ (It is enough) in J. S. Bach’s harmonisation is appropriate in more senses than one. 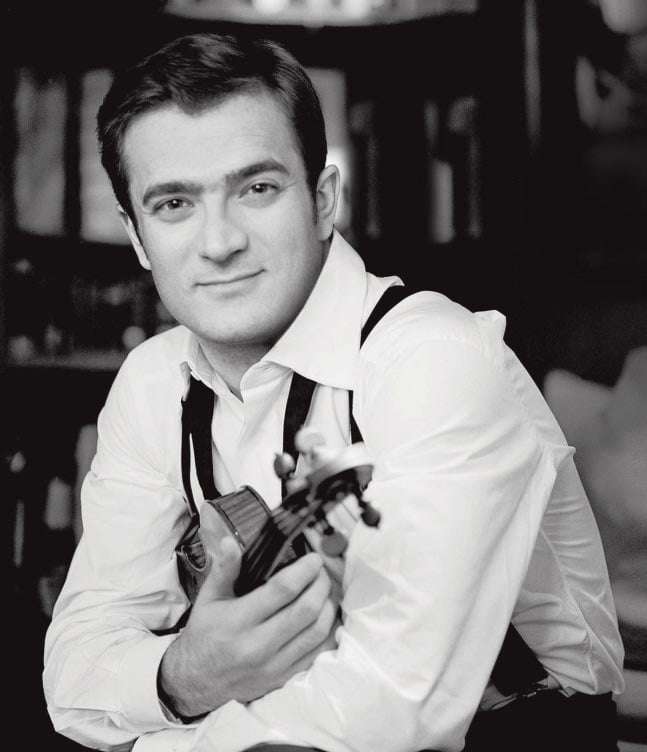 Berg’s originality and the warmth of his character saved him from the self-consciously intellectual mannerisms that became the refuge of many composers, for in his Violin Concerto may be found many passages of beauty and of genuine sweetness which, in this, his final work (he died aged fifty), demonstrate how he might have developed his true nature.

Nonetheless, Berg set problems in his Violin Concerto for all who essay it; not least in his extraordinary orchestration, by which – if the greatest care is not taken in terms of balance vis-à-vis the soloist – the violin can so easily be submerged.

Renaud Capuçon gave a magnificent account of the solo part, but his playing was indeed submerged, and the fault of this ill-balanced performance has to lie with the conductor, who seemed either unaware of or out of touch with the idiosyncrasies of the Barbican Hall. During rehearsal, had Roth sat in the Hall whilst an assistant took the metaphorical baton (Roth doesn’t use one) to judge the balance, problems such as these could have been attended to easily. Capuçon deserved better than this.

Balance in Ein Heldenleben (this 1898 score was written at the very height of Romanticism) was similarly unacceptable at times. It was certainly much better than routine, even if Roth’s tempos occasionally tended to exaggeration. There was much that impressed, especially in the first ten minutes or so – after an opening that was quite startling – in which Strauss shows a wonderful mastery of spacious composition wherein his gradual rise to a climax is an achievement beyond the capacity of most of his contemporaries and his successors.

There was much power, accuracy and considerable virtuosity here, especially in the solo-violin portrait of Strauss’s wife in which Roman Simovic was mesmerisingly brilliant. But Roth’s exaggerated pauses between sections tended to break the onward momentum and dramatic thrust of the work, and at times the sound, poorly balanced as before, tended to degenerate into a vast wall of noise.

This score surely demands a conductor with a baton – several awkward moments of attack and ensemble occasionally marred a reading that was, in most other respects, true to the nature of this High Romantic masterpiece. With greater care in preparation, it could have been so much better.