This was the juxtaposition of seemingly opposed musical personalities – the ‘historically informed’ John Eliot Gardiner (in the second concert of a three-year London Symphony Orchestra project to include all of Beethoven symphonies) meeting Maria João Pires, a pianist whose exquisite musical sensibilities inform the music of Mozart, Beethoven, Schubert and Chopin.

Pires slowly rolled the first chord of the Fourth Piano Concerto, a surprisingly intimate, Romantic gesture that flung the vibrato-less strings into high relief. Gardiner’s exposition was unyielding in tempo and expression, a straightjacketing that meant Pires only sounding truly free in the cadenza. Elsewhere one could marvel at her pearly articulation and her appreciation of Beethoven’s harmonic sleights-of-hand. But she didn’t sound as ‘at home’ as she might even if her characteristic underlying tensile strength remained, so too her commendable refusal to over-project; no-one could sully her innate musicality. Perhaps predictably, string phrasing was clipped in the slow movement and that infinite solace shone through Pires’s ripostes; her trills were sublime, quite perfect. It was a pity that the opening to the finale, a notorious ensemble hotspot, was not fully together for it ushered in Pires at her finest, with articulation to die for. 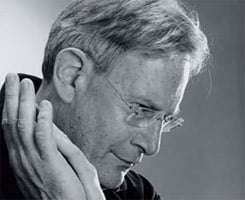 Given the shared musical ideas, it was clever programming to sandwich the concerto between the Overture from Beethoven’s lone example of ballet music (The Creatures of Prometheus) and the ‘Eroica’ – although the music that plays such an important part in the symphony’s finale is not gleaned from the Overture. The Overture began with superbly raw chords and contained expertly scampering violins although it’s a pity Gardiner does not allow too much sunshine in.

The ‘Eroica’ – much of the performance dogged by what sounded like the squeaks and whines of an errant hearing aid – was high on incident but low on structural integrity. The speed for the first movement was astonishingly brisk, the chords a boxer’s jabs to the listener’s consciousness. Lean, lithe – if a touch effeminate at times – details assailed us mercilessly. Horn-stopping (even though modern horns were used) gave a coarse feel to sonorities, while Gardiner allowed the music to fall headlong into climactic dissonance.

Clarity of line was Gardiner’s first (only?) consideration in the Funeral March: very commendable, but it came at the price of longer structural harmonic motion, robbing the music of some of its inevitability. ‘Fast tempo’ worked best in the scherzo, the LSO on virtuoso form (horns straight from the chase!), but the relentless finale meant that Gardiner rode roughshod over the final peroration, the climax losing its point. The coda was a helter-skelter ride, but failed to convey any sense of concluding something great.