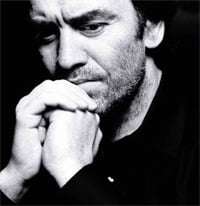 Valery Gergiev and the London Symphony Orchestra’s season-long traversal of Mahler’s numbered symphonies continued with the Fifth – prefaced by an unfamiliar but very welcome symphonic rarity.

Although his music is not unfamiliar in the West, Nikolai Karetnikov (1930-1994) has never achieved the profile several of his Soviet peers have latterly enjoyed. Partly, perhaps, because his music eschews stylistic meltdown or religious overtones in favour of the methodical but personal serial-idiom that characterises his mature works, though anyone familiar with his comic opera “Till Eulenspiegel” (most famous for having been recorded in the USSR during time left over from film sessions) will know his was in no-way an ‘ivory tower’ mentality.

Such is true of his Fourth Symphony (1963) – the outcome of a six-year ingestion of serial technique that was too radical even for the relatively open climate of the Kruschev era. Ironically, the first performance was in Prague just weeks before the Soviet invasion in Autumn 1968. In recent years the work has garnered a number of performances – not least a UK premiere in 1994 that the composer, with only months to live, was able to attend. 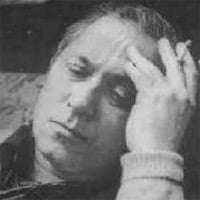 Lasting around 25 minutes, Karetnikov’s Fourth Symphony falls into five continuous sections that unfold against the background of a overarching sonata design with its antecedents in Schoenberg. Stylistically, however, the piece is very much of its era, with a tensile orchestration (which features piano and tenor saxophone, as well as nine percussionists) and dynamism comparable to the symphonic works being written by such as Roberto Gerhard or Roger Sessions. Serially-derived melodic lines spread across the orchestral compass, and are grounded by twelve-note chords that function as flexible pedal-points in sustaining the overall texture. Karetnikov spoke of an internal programme derived from Sophocles’s “Oedipus Rex”, but little of that is obvious in a discourse that proceeds from a forceful preludial section, through an eloquent ‘adagio’ and visceral scherzo, to a slow intermezzo – permeated by aggressive ostinatos – thena closing passacaglia that builds remorselessly towards the powerful but hardly triumphal apotheosis.

A superbly sustained and involving work, then, and Gergiev’s account could well be described in this way. Some lack of co-ordination aside, he secured a commanding response from the LSO that projected the music’s emotional intensity in full measure, while not neglecting its more introspective qualities. What a pity the orchestra was not able to play the work in the 1960s itself, maybe with Leonard Bernstein, when its capturing of the cultural ‘zeitgeist’ would have been so searingly apparent. Yet it amply warrants revival: an LSO Live release would be worthwhile. Should Gergiev be considering further Karetnikov performances (David Matthews’s informative programme note mentions two later symphonies, though there seems some doubt over whether these were actually completed), he can only be urged to do so. 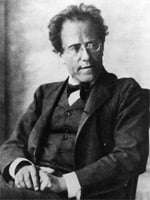 In its unlikely but potent five-movement design, moreover, the Karetnikov proved the admirable foil for Mahler’s Fifth Symphony (1902) that followed. Gergiev’s cycle thus far has been met with extreme reactions – though this performance could only be described as extreme precisely through the very narrowness of its interpretative range. Thus having (rightly) decided that the initial trumpet motif holds the key to the work in general and its first two movements in particular, Gergiev went on to fashion a ‘Funeral March’ in which the brass-writing effectively constituted a melody-line that relegated strings and woodwind to an entirely subordinate role. If the movement lacked any real introspection, its successor was rarely less than frenetic in its alternating of expressive opposites. The haunting central string polyphony lacked gravitas, though, while the brass chorale that pointedly fails to clinch the movement had a brazen over-emphasis which made the subdued pay-off all but irrelevant.

The LSO’s playing so far had at least been impressive on its own terms, but things began to falter in the scherzo – its waltz-underpinning unable to establish itself in an opening so awkwardly phrased and rhythmically uptight, and with the contrapuntal interludes sounding harassed rather than combative. Gergiev prepared well for the trio section (he rightly sees no need to give the first horn concertante billing), which yet lacked any deeper repose or subtler irony, while the over-precipitous return of the scherzo-material saw the movement head to a coda not so much manic as ruthless.

Whatever else, the final two movements were all of a piece with what had gone before. Seeking the best of both worlds in the Adagietto, Gergiev attained neither – his tendency to grasp impulsively at the opening of each passage, only to slow down as it unfolded, gave the music a stilted and affected quality at odds with its fervent directness. The introduction to the Rondo-Finale had an attractive pertness, but the movement as a whole was no more than the sum of its parts – Gergiev’s stop-startapproach to each of its main sections preventing any greater momentum from emerging. Antiphonal violins lunged at phrases as if they were cricket-batsmen chancing a ‘risky single’, with much detail in the contrapuntal ebb and flow left high-and-dry as the music charged on regardless.

Writing in the early 1970s, Deryck Cooke spoke of his concern as to an emergent line of Mahler-performance that reduced his symphonies to little more than a vehicle of self-gratification for big-name conductors fronting high-profile orchestras. How he might have reacted to a performance such as this one can only be surmised. While those hearing Mahler Five for the first time may have found it an exhilarating experience, few others could have thought it anything but a travesty of what this flawed but complex and provocative work is all about.