Valery Gergiev’s traversal of Mahler’s nine (and a bit) numbered symphonies (“Das Lied von der Erde”, a symphony written between numbers 8 and 9, was passed over) here part-repeated itself with a pair of concerts built around Mahler’s last completed symphony. This first programme risked sinking under the gloomy weight of its constituent parts in pairing a symphony loaded with premonitions of death and finality with the music of Shostakovich. 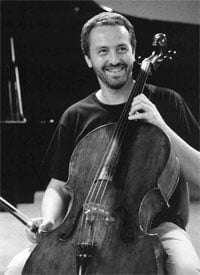 The Shostakovich is a genuine rarity. Written for Mstislav Rostropovich in 1966, the Second Cello Concerto is by some way the least-often performed of Shostakovich’s six concertos; this spare and angular music transports the language of the late string quartets onto the orchestral stage. The sound of the solo cello resounds throughout it: unaccompanied at the outset, it is also the last voice to speak, alone. These passages were brought into startling focus by Mario Brunello, whose moments of isolation became his most vulnerable. Without vibrato at the work’s outset, Brunello slowly fed colour into his tone, as though feeding from the energy of the gradually mounting orchestration. Occasionally he reached the limits of what his cello could do: Shostakovich asks his soloist to produce double-stops at the very top of the fingerboard, surely a demand he realised could not be flawlessly met. Brunello was a little less convincing in the faster second movement and his slightly baggy vibrato precluded the last degree of incisiveness.

The programme notes contained a lengthy explanation by Brunello of a connection to Gogol’s story “The Overcoat”, and he was brave enough to press his interpretation home at the expense of some of the score’s instructions by snatching off the final note rather than giving the slight rise to mezzo piano instructed. In his attempt to link this music to the vivid and morbid images of Russian literature, he was brilliantly supported by the LSO in Shostakovich’s unusual orchestration, which is heavy on percussion (foreshadowing the end of the Fifteenth Symphony) and on the use of the horn, a hugely significant instrument for the composer. The audience’s appreciation for Brunello was answered with the ‘Sarabande’ from Bach’s unaccompanied D minor Suite (BWV1008); a masterclass in uninflected, vibrato-less playing.

Although Gergiev conducted the Ninth in June 2008 to microphones, there has been no release of it, and they were in place again for this latest performance. In duration, at least, this rendition of Mahler’s final completed symphony was at the opposite extreme to Christoph Eschenbach’s recent reading with the London Philharmonic, which clocked in at an extraordinary 93 minutes. Gergiev shaved almost fifteen minutes off that time (to a fairly average overall duration) yet pushed the music to something approaching terminal velocity. It’s hard to imagine that the conclusion of the ‘Rondo-Burleske’ could be played any faster; if nothing else, it was a testament to the stability of the LSO under pressure that only the merest suggestion of untidiness crept into this third movement.

Swift tempos prevailed throughout. The opening movement’s repeated climaxes and falls into despondency were appropriately shattering, but the intervening moments of reflection lacked purpose. Small motifs turn over and expand with an almost hypnotic tread in these lyrical episodes, yet they were made uniformly rushed and inconsequential. Worse still, the extraordinary passage in which Mahler breaks the orchestral texture apart into aimless and wandering solos for flute and horn barely registered, so quickly had it passed. The Ländler that followed initially contrasted a delicate blend of horns and violas with a particularly trenchant attack in the counter-melody from the Second Violin section, appositely placed opposite the Firsts. The faster music which alternates with this rustic dance took on the spirit of a carnival, but its driving speed did little to balance it against the devilish power of the Rondo-Burleske.

The mighty concluding Adagio began very promisingly with a rich and melting intensity of sound from the strings. Great power from the brass and a huge body of string sound produced a stirring and impressive central climax, and the slow retreat into silence was studded with sensitive solos from violist Edward Vanderspar and cellist Rebecca Gilliver. Yet this most hallowed of symphonic movements remained strangely unmoving; little sense of narrative or logic held its span together and at times it simply begged for space in which to breathe. Although lifted by uniformly outstanding orchestral playing, this performance, timing aside, of one of the great marvels of western art failed to convince largely because of Gergiev’s haste at almost every turn.