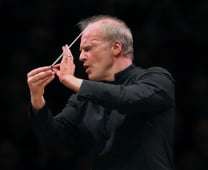 At a time when nationalistic and separatist attitudes are emerging again, music more than ever seems to be the universal language. The Mastersingers Prelude, however, came across not so much as a portrait of stout and stern German Guildmasters marching in, but rather as a demonstration of full-blown romanticism – a heavy, legatissimo string sound, and all traditional tempo modifications taken to the limit. The big climax at the end was approached by such an immense ritardando that Gianandrea Noseda even had to subdivide the beat. These interpretative quibbles aside, the London Symphony Orchestra sounded glorious, and the woodwinds were most impressive.

If the Wagner provided an exaggerated portrayal of German pomposity, the Ravel would have benefited from a little more Gallic delicacy; the string section could have been smaller for better transparency of sound. Yuja Wang, a dazzling technician, took Ravel at his word: the G-major Concerto “should be lighthearted and brilliant and not aim at profundity or at dramatic effect.” While the first movement came off as almost too brilliant, Wang’s approach worked best in the blazingly fast Finale, tossed off with bravura and flair. But she also showed herself to be properly introspective in the languorous slow movement, although her left-hand occasionally intruded on the dreamy melody of the right. 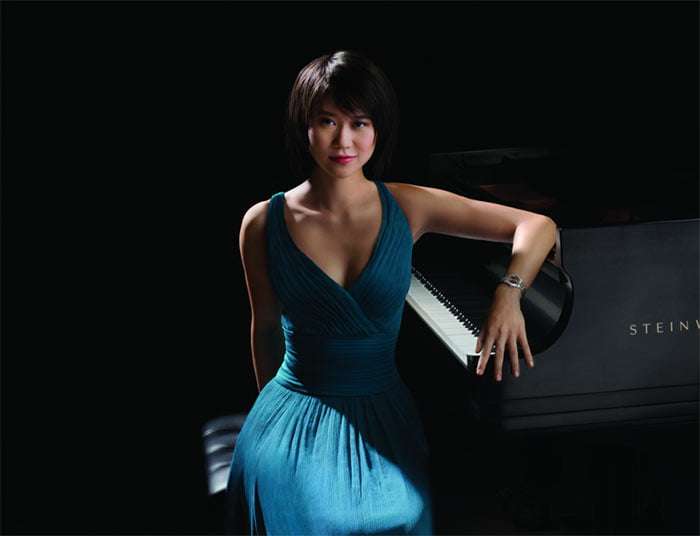 Wang generously gave three encores: the last movement of Prokofiev’s Seventh Sonata; an ingenious and occasionally jazzy arrangement (by Arcadi Volodos and Fazil Say) of Mozart’s ‘Turkish Rondo’ (from the K331 Sonata), and Liszt’s transcription of Schubert’s ‘Gretchen am Spinnrade’, played with exquisite delicacy as well as romantic angst.

The highpoint, however, was the Shostakovich. Even in the usually maligned acoustic of David Geffen Hall, the LSO managed to produce a myriad of sounds and colors, from an otherworldly pianissimo to close the first movement, to a blazing fff at the very end of the Symphony that still managed not to turn strident. Throughout, textures were worked out to retain ultimate clarity. The woodwinds (most notably the first flute) were once again excellent, the brass was solid, all underpinned by admirable string-playing, in terms of virtuosity and variety of timbres.

From the beginning, Noseda inspired a nuanced performance, full of character and evincing a deep understanding of the music. Although he is a somewhat ungainly presence on the podium and frequently over-conducts, he managed not only to elicit excitement – ending on a triumphal note that stopped short of being overwrought – but also to bring out perfectly the grotesqueness of the Scherzo. The most gripping movement was the Largo, where Noseda sustained a long line, building up tension gradually from the forlorn beginning to a terse climax, and concluding with a barely audible whisper in the strings. One could only gasp before he launched into the boisterous Finale.