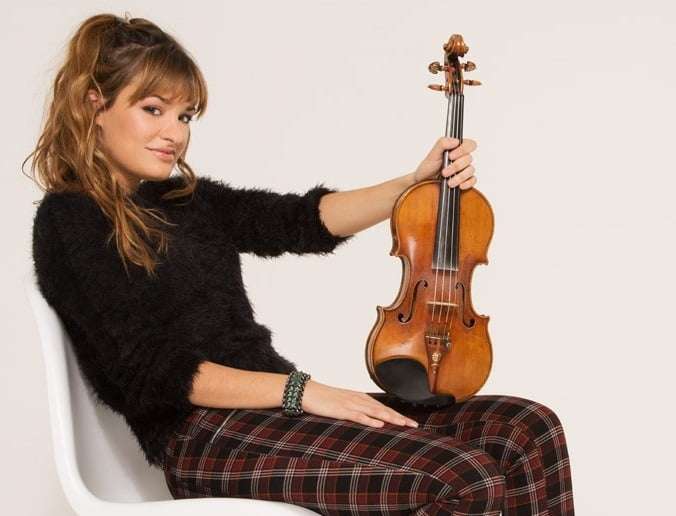 There is nothing like a sold-out Shostakovich concert, and a queue for returns comprising both the young and the old, to restore one’s faith that we are au fond a healthy society. First up was the First Violin Concerto which, following the mad but dangerous denouncements in 1948 of formalism, Shostakovich kept under wraps for seven years until he could see the lay of the land after Stalin’s death. That history will always lurk over this music, but it is to Nicola Benedetti’s credit that it sounded fresh, contemporary and forward-looking.

Benedetti has a striking technique and her command of structure was such that this curious yoking together of movements was as unified as any I’ve heard. The extraordinary ‘Nocturne’, a kind of psychological daydreaming, found Benedetti at her most improvisatory. The bassoons and contrabassoon were especially evocative, Gianandrea Noseda giving them the freedom to float airily, yet we were taken to an unremittingly dark place. In the ‘Scherzo’ Benedetti produced a firm sonority, fully able to take on the LSO. In the grotesque mad dance her piercing notes, and impeccable tone, cut through thrillingly as she went off at a cracking pace, Noseda taking care with detail. The ‘Passacaglia’ was unbearably moving, Benedetti playing determinedly and not sugaring a single note, and in the extended cadenza her sure inner-propulsion was breathtaking. In the manic acceleration towards the end, into the rumbustious ‘Burlesque’, some tiny imperfections only served to enhance the performance, giving a sense of being right at the edge of life, and what is humanly possible.

In the Tenth Symphony Noseda had a tendency to hold back and admire the landscape. The first movement is a masterly intricate lesson in sonata form, and a tense deconstruction of its themes. Noseda was rather too keen to point-out the architecture, a new element, or a new inversion of a theme. I longed for greater push and greater tension, which was decidedly on the slow side. That said, the short second movement, the so-called “Portrait of Stalin” (if Volkov is to be believed), was delivered at a terrific pace, the LSO fully committed. Following a third movement of contrasts, Noseda romped home with an exciting Finale, blasting out the DSCH motif, horns biting impressively.

On this evening, Dudley Bright, principal trombone, and Gerry Ruddock, second trumpet, both retired from the LSO following their respective two decades of service.