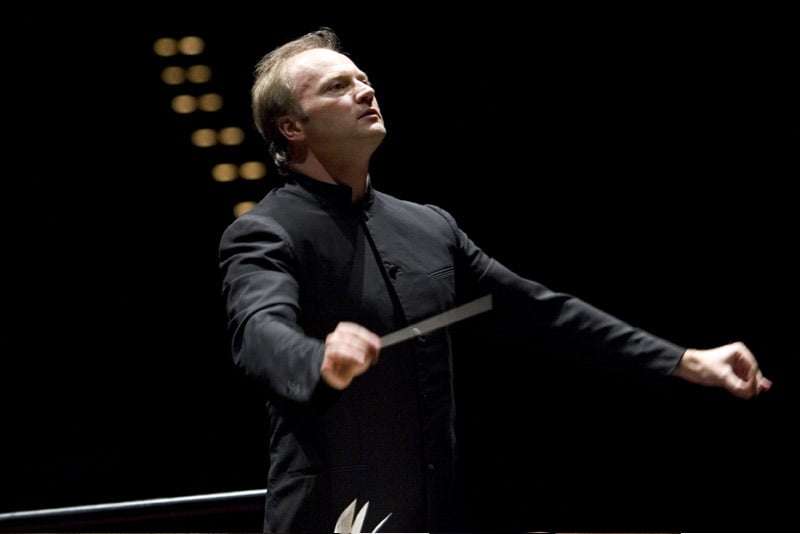 In 2014, the last time I was present to hear the LSO play Mahler’s Seventh Symphony at the Barbican Hall, the conductor was Daniele Gatti and the reading was nothing if not individual. Adopting some preposterously slow Klemperer-like tempos, Gatti seemed intent on restoring what was once taken for granted, the perversity and sheer menace of Mahler’s invention. Three years on, under a more frequent Italian visitor, the LSO’s recently anointed Principal Guest Conductor Gianandrea Noseda, the efficient dazzle of the music-making could not quite disguise the fact that this was very much business as usual, an ultra-confident technical presentation of another twentieth century showpiece.

With hyperactive stick and plentiful aerobics, Noseda drove us through the Symphony at high speed, reimagining it as a tripartite structure, the three inner movements almost run together while the outer ones were separated off with lengthy breaks. Anyone expecting the Finale to burst in disruptively, as it usually does, will have been puzzled. The orchestral layout was traditional with undivided violins desks to Noseda’s left, cellos and double basses hard right.

The interpretation sustained a trajectory of a sort – speeds were self-consciously adjusted, long phrases were moulded and pushed along – but pockets of truly idiomatic shading and rubato were astonishingly rare. Only in the fourth movement, where the strings responded with inbuilt sensitivity and genuine hush, were we offered a modicum of shadow and repose. The gaudy Finale was more than usually vacant and over-lit, too breathless to convey much sardonic edginess, just a matter of display.

No strangers to Verdian immediacy, the LSO produced some wonderful, extrovert playing throughout but its one-dimensional, urban assault would have horrified Claudio Abbado! In retrospect even the work’s opening solo was no cry from the wild. 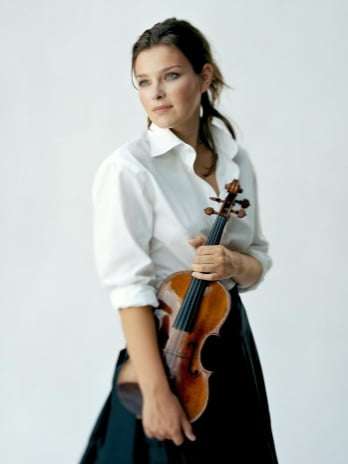 There was not quite enough ambiguity or intimacy before the interval either, although Janine Jansen’s heartfelt but unexaggerated account of Berg was potent enough to justify the concert’s marketing as part of the current season’s LSO Artist Portrait series dedicated to the violinist. Wearing a peculiar gown that my companion likened to an exploding Jaffa Cake (Noseda wears a regular suit rather than evening dress), Jansen was on confident, even aristocratic form. Spinning a more consistent, old-world sonority than fashionable rivals in this repertoire (with or without footwear), Jansen never flirts with or bends the notes unduly. There were moments when the tone was allowed to turn wiry as a special, spectral effect and no lack of committed attack at the start of the second movement to match the sudden intensification of dissonance.

If others have characterised the music’s incidental gaiety and essential prevailing bitterness with more subtlety, it may have been the Hall itself which coarsened the orchestral contribution. Jansen had lately been playing the piece with Gatti and the Royal Concertgebouw, no doubt in more grateful acoustics. Surrender was the only response at the very end though as her line climbed to the top range of the instrument and beyond, reaching out for the eternity Berg would shortly share with the work’s absent muse, the recently deceased Manon Gropius. Jansen’s final, long and high ethereal G was perfectly pitched and even expressively shaped, the vibrato under perfect control, the modest swelling as indicated in score. You don’t often hear that. By contrast Mahler’s curious dynamic manipulation at the end of the Seventh went for nothing, like the rest of his jokes.

Programme booklets didn’t arrive until after the show but someone had the bright idea of printing out the notes on a separate sheet, a nice gesture which did not however prevent audience members losing focus, toying with the paper, coughing, chatting or marking the hour with pinging noises. There was greater attentiveness in the Mahler and enthusiastic applause at the close, especially for Patrick Harrild: the orchestra’s principal tuba was giving up his seat after nearly thirty years.