Rachmaninov
Piano Concerto No.2 in C-minor, Op.18
Tchaikovsky
Symphony No.4 in F-minor, Op.36 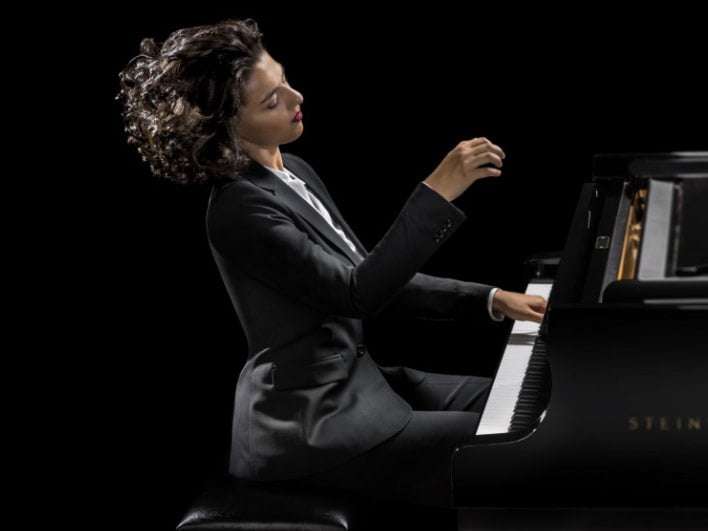 What would Rachmaninov have made of his Second Piano Concerto in Khatia Buniatishvili’s hands? – the old conjurer in black, the young pretender in satin off-white. Judging by this performance, not much I suspect. From the outset, we were presented with a wayward, self-centred reading, bereft of redeeming features. Bafflingly, her “astride a comet” persona in eclipse, Buniatishvili seemed in largely mezzo mood. The quieter the orchestra tried to be, the more self-effacing she became, during the harmonically critical accompaniment passages of the Adagio reaching a point of no return in the clarity stakes, odd triplets coming through, others vanishing in an illogical blur. This half-world, half-touch, persisted, frustrating the Finale’s ‘oriental’ arabesques (marked piano, no softer), the flicker-focus of it all, the lack of grip, serving merely to disorientate – akin to stumbling across some neurotic zombie in a Dickensian/Conan Doyle opium-den Limehouse way, lascars and smokers fitfully engaged, floating in and out of consciousness.

Contrasting the full-throated voice of the composer’s 1929 recording, Buniatishvili opted to skate and simper around the keyboard, glossing over things like the poetically charged C-major arpeggio at figure 15 of the first movement (the first two-and-a-half bass octaves essentially lost in the mix), and indulging in histrionic changes of tempo, now protracted, now rashly hectic (for instance the più animato/mosso of the Adagio – hell to accompany – or the opening theme and fugato of the Finale, taken at a messy scamper). By the end, armography and head-tossing to the fore, what expressive message she wanted to convey, what her commitment was to the work or its style and historical context, eluded me. Rachmaninov was no weeping willow. I wanted architecture and objective … climax, theatre, temperament. I got nothing. Buniatishvili has facility but others, less glossily headlined, are more brilliant. Gianandrea Noseda did his best to support, yet neither he, experienced as he is, nor the LSO appeared comfortable. Lapses of ensemble, unexpected crudities of sound, and unresolved balance issues – one really needs a soloist to project – contributed to an increasing sense of disconnection. 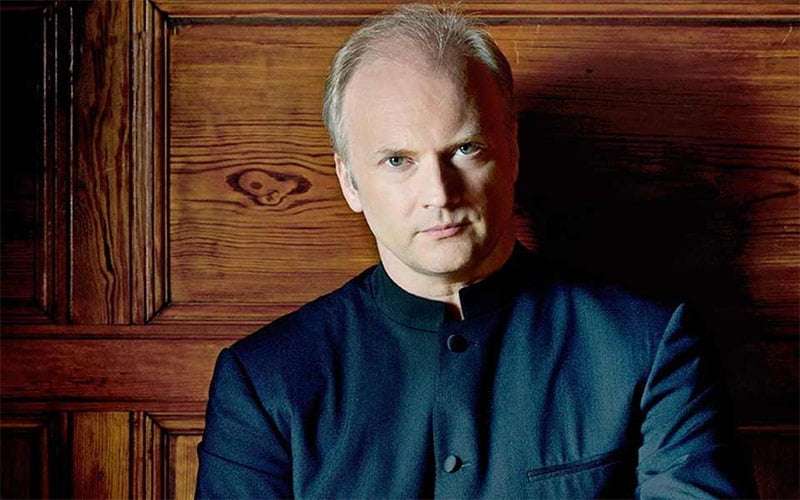 Practised at her curtain-calls and regal waves, notwithstanding lukewarm applause in between, Buniatishvili smiled, hugged and kissed everyone from audience to leader. And obliged with a Vegas encore – a girlish high-wire take on the friska from Liszt’s Second Hungarian Rhapsody courtesy of the Romantic Revivalists, more particularly the Horowitz-Cziffra breed. I’ve heard her attempt this better. What she delivered was coarse and slipshod, tragic even, taking vulgarity to a planet beyond Lang Lang. Musicality, perspective, taste, quality of tone never for a second entered the equation.

From Noseda Tchaikovsky’s Fourth Symphony fared better, with the second and fourth movements coming off best – if perhaps with a little too much reliance on the lesser habits of acquired tradition (accelerating the finish may be a crowd-pleaser but where do you find that hysteria on the page?). In the third the most was made of its pizzicato factor but so fast and quietly at the beginning as to escape the audience, needing time to establish an audible pulse (why the urge to translate the composer’s piano into sub-pianissimo was unclear). The first movement survived least well, Noseda’s heavy, body-worked approach inclining to telegraph and over-compartmentalise the sectional nature of the music at the expense of unity and flow. Generally, the LSO sounded tired, on auto-pilot, the brass glitching from the first ‘fate’ call. The woodwind principals ran through their solos dutifully but without much personality. Nigel Thomas’s timpani-playing, as in the Rachmaninov, was bullish, his high-Fs edgily unpleasant, wanting in substance. He dominated every tutti. Cumulatively this was an account where Tchaikovsky’s curves of rhythm and melody emerged more machined than organic, where the energy was on the surface but only rarely within.

On paper this looked a promising evening, especially with Prokofiev’s originally advertised, far more challenging, Second Concerto to whet the appetite (substituted at Buniatishvili’s request). It didn’t live up to expectations.