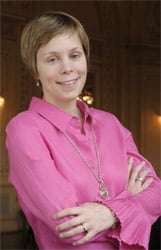 A not overflowing Barbican Hall greeted this lengthy but well-balanced programme, whose centrepiece is itself the central panel in a choreographic triptych that American composer Augusta Read Thomas is currently writing for orchestras on either side of the Atlantic. A co-commission between the Boston Symphony and London Symphony orchestras, Helios Choros II takes as its point of departure the sun god and his chariot rides across the sky as evoked by the ‘chorus’ in Ancient Greek drama.

What will amount to a substantial overall work should be worth seeing in its ballet guise (in terms of rhythmic profile, the music feels eminently danceable) but, heard on its own terms, Helios Choros II stands as a notable achievement. The highly virtuosic use of sizeable forces makes it a ‘concerto for orchestra’ in all but name, while the formal follow-through has a cohesion that might reasonably be called symphonic. The energetic opening section makes use of salient motifs which are resourcefully deployed in the slower music that follows, followed by a ‘scherzo’ of real velocity and an ‘intermezzo’ of teasing reticence; capped by the final section whose eventual culmination in propulsive rhythmic unisons provides not only a decisive rounding-off but also a powerful transition to what is to follow. 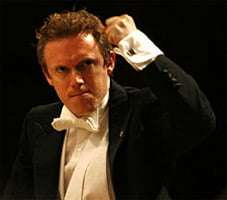 Vividly dispatched by the LSO and Daniel Harding, Helios Choros II left a positive impression; not least in the way that, without a hint of self-consciousness, it brought to mind such composers as Jacob Druckman or the Donald Erb – their distinctive orchestral sensibility has now been overshadowed by the relative vacuity of post-Minimalist and neo-Romantic idioms. Read Thomas has here struck a much-needed blow for change, and one looks forward to hearing the complete work.

On either side of this new piece came acknowledged classics by two of the Bs. Harding’s approach to the Bartók was marginally too slow in each movement: thus the opening Andante lacked the inevitability which its Fibonacci-generated momentum ought to deliver (though this cannot have accounted for an appallingly inattentive audience – so much for smaller gatherings equating to greater concentration!), while the Adagio’s interweaving of the hieratic and expressive failed quite to cohere. There was trenchant and incisive playing in both Allegros, with antiphonal balance between the two string groups and also the percussive complement expertly judged, but also a fair amount of rhythmic slackness and inconsistency such as robbed these movements of their intensity. Not a bad performance by any means, but the LSO has given too many fine accounts of this seminal work over the decades (Solti, Abbado and Boulez come to mind) for this one to seem other than second rate.

Not so, however, that of Brahms’s First Piano Concerto. It helped that Lars Vogt is among the leading younger interpreters of this composer, while his consistently mindful virtuosity could have no-more-worthy an outlet than the work in which Brahms had come of age in all senses. Thus the lengthy first movement had an ideal combination of power and vulnerability – the seismic opening tutti finely propelled by Harding, and Vogt integrating the solo part into the orchestral fabric with a fastidious sense of balance of which Glenn Gould would no doubt have approved. Nor was the Adagio wanting in expressive insight, its often-awkward instrumental textures translucently realised and Vogt bringing out the intense introspection of its solo passages without any undue lingering. He and Harding then made the most of the finale’s combining of folk-inflected robustness with an inventive approach to tonal discourse. Such as the mysterious fugato in the development were given a precise context, while the crucial role of the cadenza in securing an affirmative outcome was never in doubt.

A pity about the relatively meagre audience; also the heavy-handed ‘performance art’ that supposedly pointed up the Brahms ‘problem’. Great music needs only the right performance to make it come alive with renewed relevance – which, in Brahms’s concerto, was what transpired here.