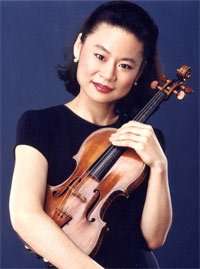 Midori and Daniel Harding have been mainstays of London Symphony Orchestra concerts in recent years, and this one brought them together in a programme that neatly combined Russian classics from the latter-nineteenth and the early-twentieth centuries.

Any account of Tchaikovsky’s Violin Concerto must confront a daunting performance-tradition and audience expectation. Among the most self-effacing of today’s virtuosos, Midori duly responded with playing that, while it did not (indeed, hardly sought) to present the piece in a new light, certainly had its share of felicities. On both appearances, the opening movement’s second theme was suavely rendered, and if Midori was overly circumspect in the episode between the orchestral statements of the ‘big tune’, her capricious way with the cadenza more than held one’s attention.

For his part, Harding ably underlined the chamber-like deftness of the orchestral scoring – though the central tuttis felt a little heavy-handed in context and the coda lacked any real culmination when the soloist seemed as intent on playing ‘into’ the orchestra as here. The ‘Canzonetta’ was unaffectedlyrendered, with a poised transition from its central section back to the souful main theme, while the finale avoided any temptation to display with a delicate interplay that rather undersold the vibrancy of the movement as a whole.

For all her technical control and expressive subtlety, Midori’s steadfast refusal to project the solo writing does rob this music of a vital expressive dimension: to the extent one could sense Harding’s exasperation as the finale ran its course while generating little in the way of cumulative excitement, Midori remaining as detached at the work’s close as at its very beginning. 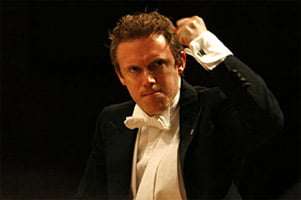 After the interval came Stravinsky’s The Firebird: hardly a rarity these days as a complete ballet, and one that ought to bring the best out of this orchestra and conductor. Certainly there can have few better-played accounts in London over recent seasons – the LSO’s woodwind and brass principals a pleasure to listen to. As a performance, however, Harding often seemed unsure of how to interpret the piece. The ‘Introduction’ was soundly delivered if hardly pulsating with mystery, and though the ensuing ‘Firebird’ sections had an airy charm, the ‘supplication’ evinced little Scriabinesque sensuality.

As the performance unfolded, the sense that (nearly) everything was in its right place yet without characterising or intensifying the whole became paramount: the lead-in to the ‘Infernal Dance’ was little more than the sequence of orchestral effects for which Stravinsky later took himself to task, while the dance itself had a certain suavity that was lost in a desperate-sounding lunge to the climax. The ‘Berceuse’ had poise but little pathos, and the ‘Apotheosis’ – with its self-conscious recourse to the short note-values of the 1945 revision – was oddly rigid in overall rhythmic profile. As a concert item, The Firebird ballet needs a good deal of ‘coaxing’ if its transitional passages are to meld with its set-pieces. Seeming content to let the score play itself, Harding fell well short in this respect.

Opening the evening was the fourteenth of the unannounced commissions in the “UBS Soundscapes: Pioneers” series that has graced numerous recent LSO concerts. Here Edward Rushton met the five-minute stipulation head on: Everything goes so Fast is specifically designed to last exactly this amount of time – to the extent that it consists of fifty bars, each of six beats, to be conducted at one beat per second. Suffice to say that the premiere came in at some ten seconds over the limit, and that Rushton’s underlying concept of a perfect fifth gradually worn away by antagonistic elements evinced a strong feeling for orchestral texture, albeit with little sense of a ‘through line’ to motivate its densely-layered harmonies. Not that Rushton is alone among younger composers in this respect, while this vividly realised account ought to ensure that the first performance is by no means the last.