There were at least two privileges in this concert – one was Sergei Leiferkus’s singing and the other was Daniel Harding’s conducting of Schubert – in a programme of unusual juxtaposition, until one recalls that in Symphony 14 Shostakovich sets poems (by Apollinaire, Küchelbecker, Lorca and Rilke) that are centred on death and that Schubert died tragically young (if leaving a huge legacy). “In life, we are in death”. Not a cheery thought, if an inescapable one, and in recent days we have lost the likes of Anthony Minghella, Paul Scofield, Richard Widmark and Brian Wilde; music such as Shostakovich 14 (for soprano, baritone, strings and percussion) is a disturbing work, rarely consoling.

It’s also a difficult piece to bring off. Here – after a slightly uncertain start – this performance grew into an absorbing and profound experience. It would have been interesting to have heard strings and percussion on the same floor level (the latter – three players, no timpani – was placed on risers) for Harding stuck to the score and employed the 19 string-players specified (ten violinists sitting together, four violists, three cellists and two double bassists, plus John Alley on celesta). However, from my excellent seat, balance and coverage were spot-on.

Of the singers, Sergei Leiferkus – black of voice and implacable – was exceptional, his dark intensity and his relish of words scarcely needed the English translation provided; furthermore his concern for pitch and note-values was exact and given with total musical identification. In replacement of Martina Serafin, Olga Sergeeva’s performance – an apt word – was certainly in contrast. In her theatricality, Sergeeva (who has Brünnhilde, Aida and Turandot in her repertoire) here brought us Katerina Ismailova (as in Shostakovich’s “Lady Macbeth of Mtsensk”) – daggers drawn. While her pitch could be approximate (tending to flatness) and her sense of ensemble ragged (somewhat adrift in ‘Malagueña’, which lacked a little in venom from the players), her vividness was compensation, and in slower, inward music, she revealed an ability to spin a long line both on-the-note and shaped with the utmost care.

Harding sustained the 54 minutes this performance took (a timing on the generous side) with increasing intensity, supporting the most lugubrious and most skeletal music into a whole and with some fine instrumental solos – not least from Paul Silverthorne (viola) and, especially, from cellist Alastair Blayden (replacing the listed Claes Gunnason) who was particularly touching in ‘Le suicidé’ (No.4). The pitch and ‘lift’ of the drums in ‘Les attentives I’ (No. 5) was a little suspect, but the final coming-together, as ambiguous as anything in Shostakovich’s output, left a huge question-mark of silence to match Rilke’s pronouncement that “Death is vast…”. It seems that Shostakovich had doubts as to calling his settings a symphony; he has been vindicated long before this and Harding and company equally left no doubt.

One might, in throwing a link to Schubert, have heard a smidgen of ‘Death and the Maiden’ in the viola- and cello-writing of the ninth setting (‘O Delvig, Delvig! – Küchelbecker) and while Harding didn’t attempt the playing of a Furtwängler card, in terms of a finding a spiritual dimension, in his conducting (now baton-less) of Schubert 9, his was a reading of rare lucidity and cohesiveness. With a fairly large but not full complement of strings (violins antiphonal, double basses on the left), Harding restored faith in what the LSO is capable of achieving. Here was refinement, poise, clarity and astute balance – trombones golden-toned and playing ‘right down’ the dynamic scale, but always audible and just one element of a lucidly detailed soundscape (including crisp-sounding timpani) that avoided heaviness and thickness without ever seeming effete of lightweight. 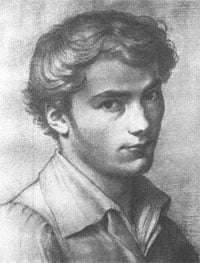 From the confident horn-led opening, flowing, lyrical yet without haste, Harding totally convinced with his pacing, transitions and tempo relationships. He had thought the work through its four movements with an indivisibility of related pulse that was perfectly calibrated; if not proportioned – observing the first movement repeat (a tricky moment of return, well brought off here) rather dwarfed the scherzo and trio in which its two longest repeats were not taken. For a conductor well into ‘authentic’ niceties, Harding’s tempos were surprisingly if gratifyingly moderate and he avoided rhythmic palling – the finale, even at the quickest tempo of the performance, went like clockwork rather than being petrol-driven, and retained a gemütlich quality that Barbirolli and Knappertsbusch would have recognised.

Not that this account was just a fine mesh of sound or solely ‘song and dance’ – but those concerns were high on the agenda – for there was also an emotional impetus and a range of dynamics (sometimes affected) that sustained Schubert’s ‘heavenly length’ without even a single bar seeming routine (the second movement Andante con moto had strength of purpose, the change to blissful serenity and then to catharsis managed without gear changes). Indeed this was a compelling and revealing interpretation that culminated in a particularly weighty coda (relative to what had gone before) and – yet – the soft-focus, Celibidache-like final chord, an “evaporation” (to borrow a perfect description) with a hint of diminuendo still seemed inevitable: Harding is not the first to do this (Dorati, Rozhdestvensky and Tennstedt being others who have effected something similar) – that is an overriding of Schubert’s almost-certain accent marking for a ‘hairpin’ (Schubert’s manuscripts are unclear and open to debate), but in the context of this particular performance it was an aptly gentle pay-off.